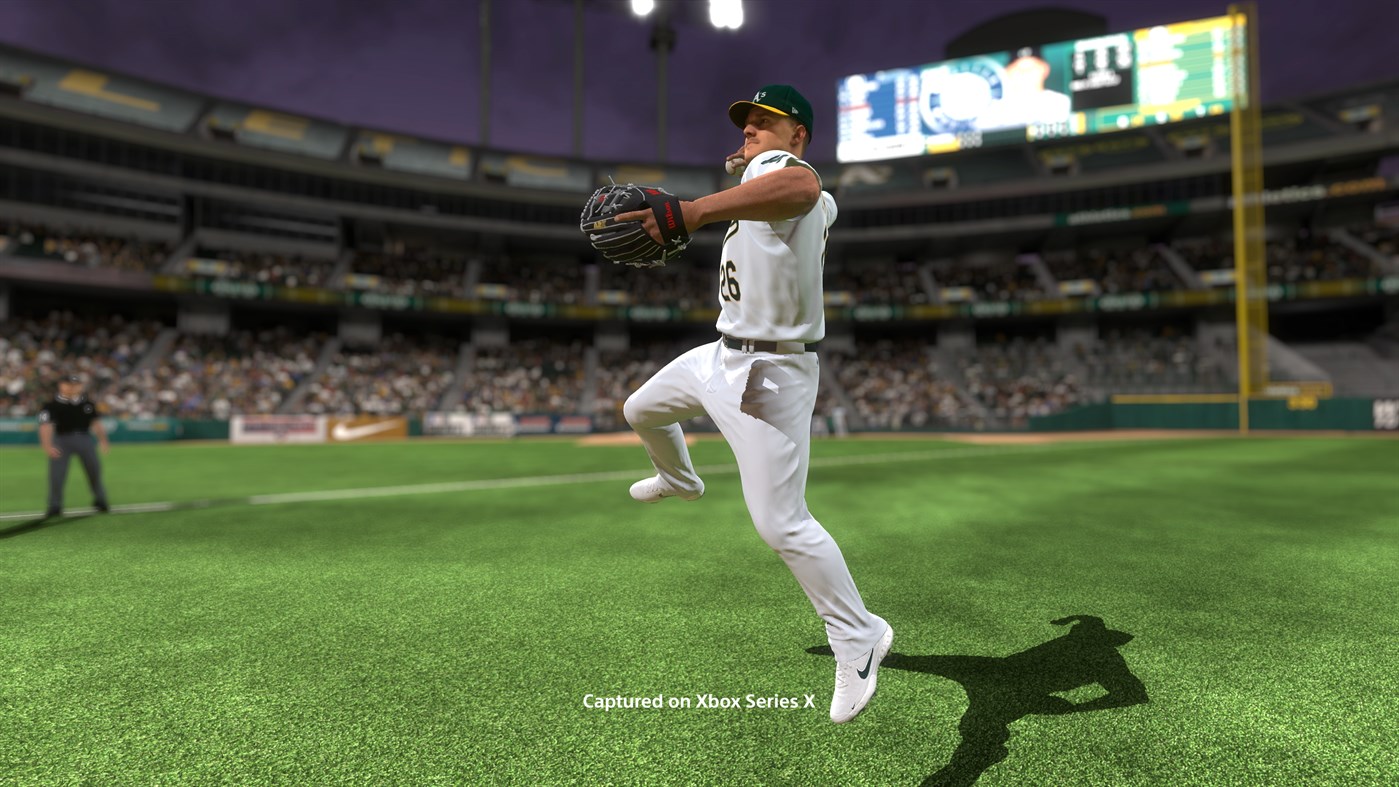 After appearing exclusively on every PlayStation format from PS2 onwards, MLB The Show steps onto the Xbox’s green grass this week, all in the name of reaching a new audience.

Included as part of Game Pass, it’s likely to ‘do the numbers’ for publisher Sony. A faster yet deeper experience is promised, with hundreds of new animations and an all-new stadium creator.

Super Meat Boy Forever also makes the jump from Switch to PS4 and Xbox One, arriving Friday. It didn’t leave long-time fans smitten, sadly, with many claiming the new auto-runner style gameplay is a step in the wrong direction. Read up on reviews before jumping in.

Square-Enix is pushing out titles on almost a weekly basis of late. They’re back again this week with SaGa Frontier Remastered on PS4 and Switch, a reimagining of the 1998 RPG featuring improved visuals and a brand-new main character.

Rain on Your Parade is another new release heading straight to Game Pass. Cut from the same cloth as Untitled Goose Game, it sees you play as a storm cloud who’s out to ruin everybody’s day. Outlook: bright and cheerful.

The PS4 and Switch also get Poison Control, a turf war RPG with anime-style characters out to purify hell and return to the mortal realm. It’s available both digitally and at retail. Incidentally, last week’s DOOM 3 VR gets a belated retail release this week too.

PS Vita owners may want to dig out their charger for ASTRO AQUA KITTY, which looks set to become one of the last games for the handheld following the looming PS Vita store closure. A high note to go out on, it seems – the Switch version, which launched last Thursday, is going down well.

Rain on Your Parade