The Nintendo eShop truly is the gaming equivalent of a 24-hour supermarket. PSN and the Xbox One Store are about to come to a standstill, effectively closing for Christmas, but the Nintendo eShop remains open for business. Over 30 titles are lined up for this week and we can expect another 25 over the course of next week, with a few new releases even due out on Christmas Day.

You can chalk this up to developers clambering for that sweet eShop visibility â€“ the Switch has been a big seller this Christmas.

Before this week is over you can expect to find the acclaimed first-person adventure Firewatch, humorous physics puzzler Donut County, Team17â€™s apocalyptic survival sim Sheltered, and Nippon Marathon â€“ an eccentric Japanese party game resembling Takeshi’s Castle. Sadly, reviews for that last one are extremely mixed. 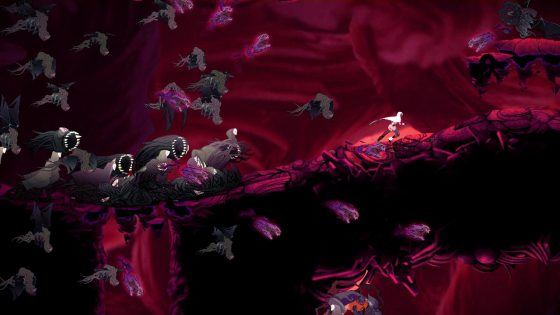 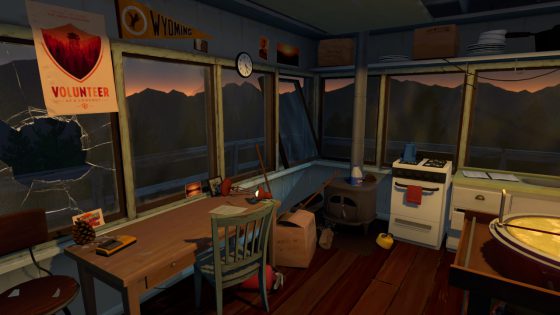 Firewatch – Â£14.99
The year is 1989. You are a man named Henry who has retreated from his messy life to work as a fire lookout in the Wyoming wilderness. Perched high atop a mountain, itâ€™s your job to look for smoke and keep the wilderness safe. An especially hot, dry summer has everyone on edge. Your supervisor Delilah is available to you at all times over a small, handheld radioâ€”your only contact with the world you’ve left behind. But when something strange draws you out of your lookout tower and into the forest, youâ€™ll explore a wild and unknown environment, facing questions and making choices that can build or destroy the only meaningful relationship you have.

Donut County – Â£10.99
Donut County is a story-based physics puzzle game where you play as an ever-growing hole in the ground. Meet cute characters, steal their trash, and throw them in a hole.

Sheltered – Â£9.99
After a global apocalypse, you take on the role of protecting four family members living in a deserted underground shelter. Their well-being and survival are your responsibility. One bad decision and a loved one is gone, forever.

Party Arcade – Â£19.99
Party Arcade is a family friendly party game. We are creating a virtual modern arcade starting with 13 games (with more to come) where players collect tickets, unlock different equipment skins, and battle against family/friends at home or online across the world!

Nippon Marathon – Â£11.99
Stretch your muscles and embark upon the ultimate marathon of Japan in a crazy party racer! Hurdle barrels, outrun Shiba Inu and dive out of the paths of bicycles – all while throwing fruit at your opponents and dashing across planks precariously balanced over waterfalls in an unreal marathon across the whole of Japan!

Fitness Boxing – Â£39.99
Itâ€™s time to get moving in Fitness Boxing for Nintendo Switch! Work up a sweat in daily, boxing-based workouts to some smashing tunes, from artists like Lady Gaga, LMFAO, Avril Lavigne and more â€“ anytime, anywhere!

Wondershot – Â£8.99
Enjoy a new “couch game” with your friends and family, presented by the publishers of the best-selling Astro Bears Party.

Mana Spark – Â£8.99
Explore a dreadful dungeon and fight smart enemies that will plan and collaborate between themselves to defeat you.

Dynamite Fishing – World Games – Â£8.99
Join the fun in this wild fishing action and rush across the seven seas. Fly fishing is boring! Grab your guns and explosives and letâ€™s catch some fish REDNECK STYLE! Forget about idyllic ponds, or beautiful coral reefs. Dynamite Fishing â€“ World Games will ship you to the best fishing spots all over the globe including an awesome jungle adventure! Choose your favorite characters and boats, explore the most daring scenarios and catch as many fish as you can.

Sundered: Eldritch Edition – Â£15.49
Confront hordes of terrifying enemies in an ever-changing world inspired by the works of H.P. Lovecraft. Sundered is a challenging and unique take on a classic genre from the creators of Jotun, now with local co-op!

Clouds & Sheep 2 – Â£8.99
In this eagerly anticipated sequel of the game â€œClouds & Sheepâ€, the cute sheep are finally on the loose again! Solve countless quests and fulfill your wooly friendsâ€™ needs. Plant grass, flowers, trees and shear your animalsâ€™ different-colored wool to stock up your resources! Collect happy stars, harvest wood and flower petals and use them to provide your flock with food, accessories, toys and more! Control the clouds and make it rain to ensure your sheep never run out of fresh water to drink. If your sheep feel happy and content, theyâ€™ll bring tiny lambs into the world!

Chronus Arc – Â£11.69
The game features familiar quests, but also dungeons filled with puzzles to solve, and characters who grow and can be developed as the story progresses with the class change system. Additional elements such as dungeons and special items are available for extra fun!

ACA NEOGEO PUZZLE BOBBLE – Â£6.29
Bub and Bob, the bubble spitting dragons from the action game, BUBBLE BOBBLE, are back in a new bubble-based puzzle!

Revertia – Â£3.99
By turning over the panel and sandwiching the others like Reversi, you can see various actions such as making footholds, erasing obstacles, beating and dropping enemies.

Viviette – Â£9.99
Uncover the secrets and mysteries of Neuville’s Mansion. Test your logic against diverse puzzles, locate and use a variety of items, and don’t lose your sense of direction, as navigation itself becomes an obstacle in your path.

Leopoldo Manquiseil – Â£5.39
Destiny already seems to have its own “chosen”, so now you be the one to put yourself in Leopoldo’s shoes: jump, climb, shoot… Do whatever it takes to get our hero to bring peace and we can be one step closer to the second Golden Age for the industry in the Spanish region!

Horizon Shift ’81 – Â£7.19
The player controls a ship in the centre of the screen, enemies approach from the top and bottom and the player is able to switch up and down to deal with the encroaching horde.

Funghi Puzzle Funghi Explosion – Â£18.29
Easy to play alone and fun with a friend, this puzzle game is great for beginner or veteran alike. The rules are simple: gather up three of the same Funghi to make them disappear.

Nightshade – Â£43.19
A romance visual novel game made in collaboration with D3P Otomebu and Red Entertainment, two companies known for their creative range and production of heavyweight visual novel games.

Kingmaker: Rise to the Throne – Â£13.49
Two royal knights, Edmund and Randall Ulmer, are tricked into a conspiracy against the crown. Pursued by the royal guard and ruthless conspirators, the brothers embark on a dangerous journey that will uncover the kingdom’s shameful secrets, restore the honor of the Ulmer family and change their fate forever.

Dreamwalker – Â£3.99
Dreamwalker is an action puzzler where you control the maze, shepherding Walker safely to his goal while counting sheep and avoiding sleep-disturbing hazards. Collect Reward Stars for clever solutions that complete the puzzle in minimal time or actions. Enjoy 50 levels of evolving challenges that introduce fresh puzzle features like disappearing rainclouds, disorienting spinners, teleporters and more!

InkyPen – Free
Get your hands on thousands of comics with a monthly subscription.

City Builder – Â£8.99
City Builder combines two classic game mechanics in a fun, bouncy new game where players stack pipes, roads and power lines to form ever-larger cities, moving from one to the next across the planetâ€™s continents.

Bring Them Home – Â£13.49
Since each astronaut has unique abilities, complex puzzle worlds must to be mastered to find a way out. Explore many interesting locations, activate and use different mechanisms to bring the brave heroes home! 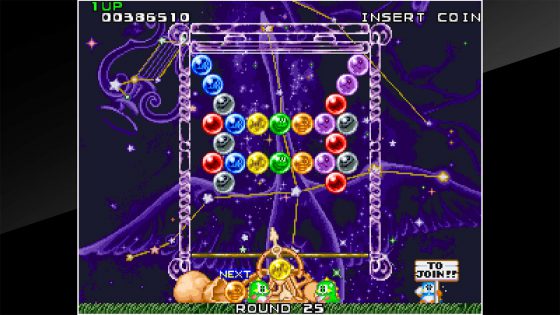