I’m currently 30 hours into Puyo Puyo Tetris with my wife. She keeps beating me. I see Puyo Puyo’s fall across my vision as I sleep at night. Her nonchalant face, as she beats me for the fifth time in a row, causes sweat to form on my brow as I slumber. I awake in the middle of the night, panicking as I imagine our play stats enshrined on my gravestone. I look at her, fast asleep, as I turn on the Switch. I alight my face with it’s LCD as I desperately practise T-Spins. She snoozes. I will defeat her one day.

The latest Switch puzzle game trying to claim my time is Yuso, a puzzle game that’s also available on iOS and Android. The aim of the game is to rid the screen of coloured blobs called ‘Yuso’. You do this by tapping on them (or selecting them with the controller). Once tapped, a Yuso will destroy itself and all Yusos surrounding it. However, you can only tap a Yuso if it is directly vertically or horizontally next to another Yuso of the same colour. This rule means it’s easy to trap yourself or leave yourself with a single Yuso on the board. Luckily, you can rewind a tap with the B button, or reset the board instantly.

As you progress through the 80 levels, complications are added in. Different coloured Yuso create a big challenge, as do sleeping Yuso, who need to be woken up by popping Yuso around them. 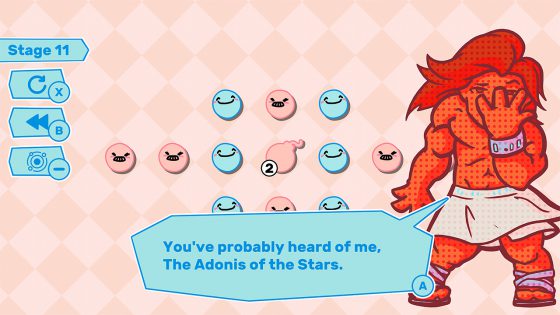 At this point, we’ve got to mention that the presentation of Yuso is excellent. The different coloured Yuso are drawn nicely and all the different colours also have different facial expressions, which animate nicely. The popping of the Yuso is also really tactile, with a great use of rumble. In a simple game it makes a real difference, and you can tell that real love and care has been spent in making the game feel as nice as possible.

Unfortunately, there’s not much game here. The best puzzle games make you feel clever, and I never felt clever. A lot of the time I was using trial and error to pop Yuso, resetting when I went wrong. It’s often quicker to explode a Yuso and observe the result (and rewind if necessary) than it is to work out what the result will be from tapping a Yuso. This means the it’s never quite satisfying to play. 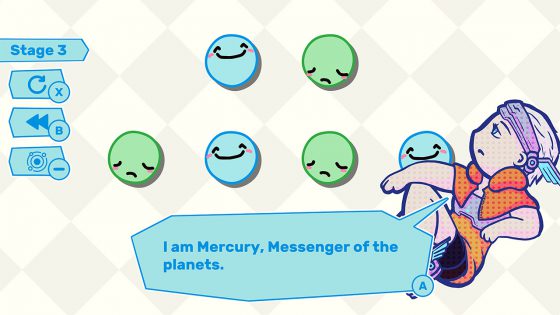 The sequencing of the puzzles is also rather odd. In a typical puzzle game with levels like this, you expect the levels to be collected around mechanics. An idea might be introduced in level one, then be integrated on and subverted in the levels that follow. You might have to use these new mechanics with previous ones in interesting ways. Yuso doesn’t do this at all. It introduces most of it’s ideas at the beginning, and there’s very little to hold stages together apart from the level background and the flimsy story. Stages (with ten levels each) contain a mixture of big and small levels. You could move the levels about with little change to the experience, which makes the whole thing feel weirdly random. 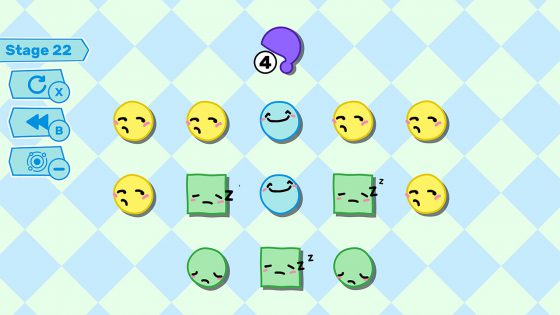 I would have liked to have seen an endless mode, in the vein of Zoo Keeper, or some mode where you could chase a high score. I’d also like to see new themes for the Yuso being unlocked with play, or at least new backgrounds. It would give a reason to keep coming back, because at the moment when I load up my Switch and I’m faced with this or Zelda or Mario or Hollow Knight or Fortnite, it’s a big ask to open this up and solve another set of puzzles.

It’s a massive shame, really. Clearly a lot of thought and care and love has gone on here, but it doesn’t quite add up to anything.