It’s perhaps a cliché to say it, but Captain Toad: Treasure Tracker is another Wii U conversion more than deserving of a second chance on Switch. Or in this case, not just on Switch but 3DS too. 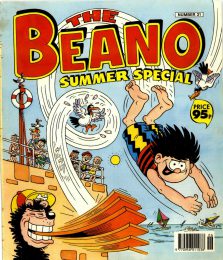 Both conversions are well worth your time, mostly gaining 8/10 review scores. The Switch also sees the release of Square-Enix’s traditional JRPG Octopath Traveler, a game that has been anticipated since the first demo went live back in September 2017.

A few naysayers claim a game with relatively simple 2D visuals shouldn’t retail for full price. This may impact review scores slightly, but we believe it’s still on track to become another Switch smash. We’ll take a closer look later in the week.

SEGA’s Shining Resonance Refrain is another new JRPG out now, gracing all three major formats. Despite the franchise’s heritage, the reception has been mixed. It’s a very low budget affair, apparently.

After reaching the US a few weeks ago, the rest of the world finally gets LEGO The Incredibles. It’s a little short and easy, even by LEGO game standards, but the open world is fun and inviting to explore. If you’re looking for a way to keep the kids quiet this summer holiday, look no further. 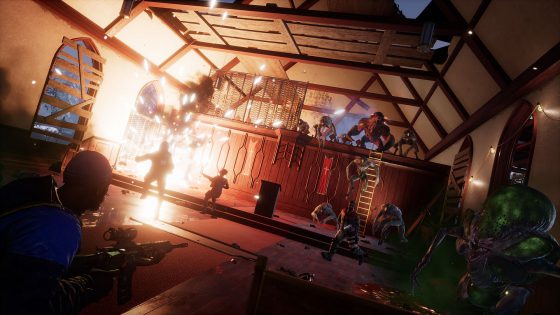 Co-op shooter Earthfall – arriving for around the £25 mark – may prove to be a surprise hit too, putting the focus on defending holdouts with portable defences instead of merely blasting everything in sight. User reviews on Steam are ‘mostly positive’ so far.

Defiance 2050 pushes the boundaries of the word “new” meanwhile – it’s a mere HD re-release of the original Defiance from 2013, rather than a new game. The biggest change is the title screen. It isn’t a bad way to blow a few hours, but even in 2013 the shooting mechanics felt dated. Set expectations low and you may have a reasonably enjoyable time. Damning praise, there. 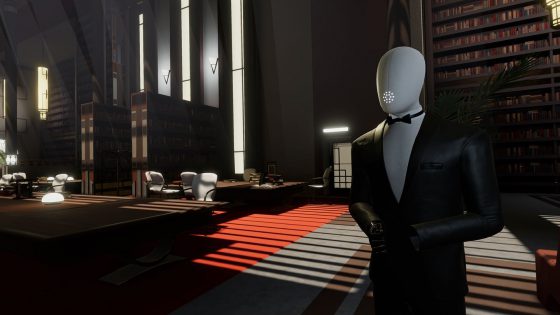 Reviews:
4.5/5 – The Xbox Hub: “Some may find it a little tricky, but if you love a puzzler and an intriguing story then The Spectrum Retreat should ensure you see the Penrose Hotel as somewhere to consider a short stay”

7.0 – God is a Geek: “The puzzles themselves are enjoyable and challenging, culminating in a monster puzzle at the end that brings everything you’ve learned together. However, the design of them feels ordinary most of the time, with each setting feeling like a collection of hoops to jump through, and only occasionally feeling like grand, clever, interlinked design”

6/10 – Destructoid: “There’s a narrative worth hearing here, but the cadence at which it’s told is just a little bit off. That, mixed with the good-but-not-outstanding puzzle design, keeps The Spectrum Retreat from being a truly great stay” 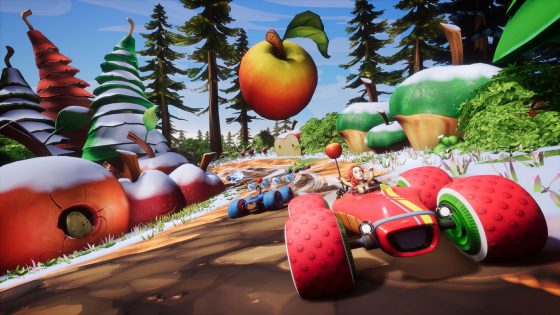 6/10 – Xbox Tavern: “All-Star Fruit Racing is a decently structured kart racing game that offers up quite a chunk of content in return for its fairly generous asking price. The main issue here is that despite being fun, much of the content lacks originality, refinement and depth”

6/10 – Nintendo Life: “All-Star Fruit Racing takes a unique karting weapon system, throws it into a blender with some cute presentation ideas and an unfortunate series of technical annoyances, and ends up with a pretty mixed bag as a result” 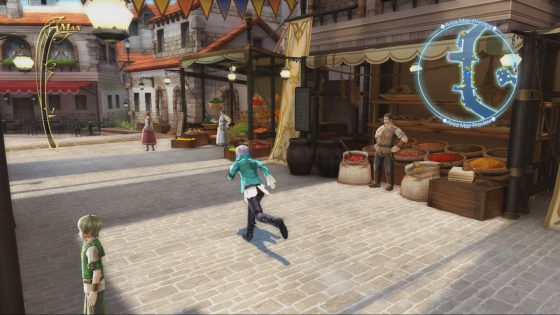 Reviews:
7/10 – Nintendo World Report: “Fans of previous titles in the series and seasoned RPG players may find the enjoyment that alluded me. I wouldn’t tell you to avoid this game, but there’s a whole lot I would recommend before it”

6.5 – God is a Geek: “Poor dialogue, poor AI, inconsistent rule-sets, terribly cliche, but an excellent combat system and being able to turn into a dragon really saves the game from being considered as bad, it’s enjoyable, like a film that’s so bad that it’s actually good, plus, you get one and a half games for the price of one and that’s really why it deserves a chance and not to be written off”

6.0 – PlayStation Lifestyle: “Shining Resonance Refrain feels very much like a budget RPG. While it does some things really well such as well-written characters with excellent voice acting and awesome music, there are plenty of things that just don’t really work” 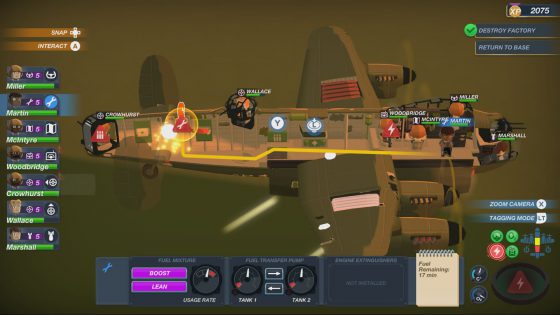 Reviews:
8/10 – Nintendo Life: “Favouring roguelite progression, strategy and resource management over frantic arcade-style combat, if you can get past the simple, cute visuals and steep learning curve you’ll find a rich, intense and satisfying experience here”

8/10 – PSU: “There’s a pleasing amount of depth to the game’s equally impressive array of systems and mechanics, hidden behind a charming, low-res visual style and sense of humour”

4/5 – TrueAchievements: “Gameplay is fun and addictive, with added suspense from the constant threat of permadeath for the current plane and crew. Small problems can rapidly escalate into disasters, and disasters can lead to the frustration of dealing with a new under-levelled and under-equipped crew and plane while well into the campaign” 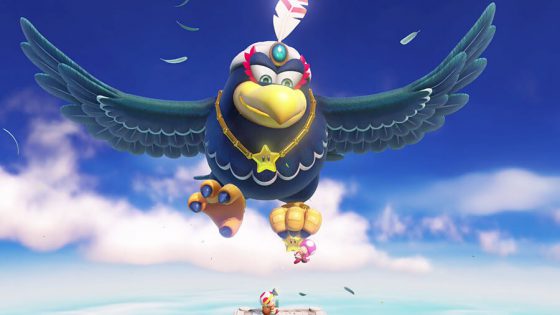 Reviews:
8.7 – IGN: “A brilliantly smart meld of classic platforming with perception puzzling, no matter where you play it”

8/10 – Pocket Gamer: “Captain Toad: Treasure Tracker is a beautifully charming perspective puzzler that deserved a second chance at success. It’s also a decent – though not quite perfect – fit on Switch”

8/10 – The Metro: “Utterly charming on (literally) every level, it may not offer much in terms of fast action but this is just as imaginative and engrossing as any Super Mario game”

Reviews:
8/10 – PlayStation Country: “A great fit for the Lego game template released ahead of the new film. One of the better Lego games in recent memory that shows what can be done when the source material is right”

7.6 – Video Chums: “Lego The Incredibles is a smooth entry in the long-running Lego video game series. It doesn’t do much to break out of the mold but there’s no denying how ultimately solid and satisfying it is”

6.5 – Destructoid: “I enjoyed playing through the game, but felt some of the questionable decisions and creaking technology kept it from achieving its potential” 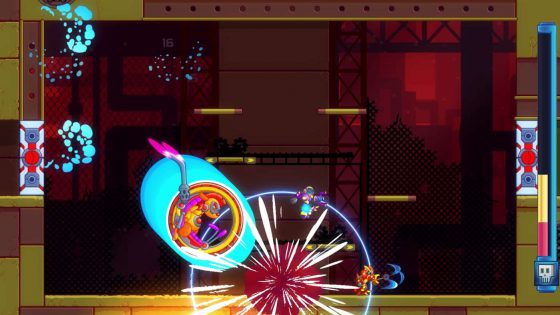 Reviews:
4.5/5 – The Xbox Hub: “I’ve really enjoyed my time with 20XX, and my trip down gaming’s Memory Lane – back to a time when games were hard and gamers were determined. And it is for that reason you may as well give 20XX a try”

7.5 – Xbox Tavern: “Despite its difficulty fluctuations and some minor design issues with its procedurally generated content, 20XX offers a solid Mega Man-like action platformer that plays well and is distinct enough to stand out”

8/10 – Nintendo Life: “The procedural engine does a good job of mixing things up, but after a while you can start to see a little repetition, but that’s easily overshadowed by the sheer variety and amount of upgrades and customisation”