No trip to Japan would be complete without spending a fistful of Yen in the countryâ€™s many, many, arcades.

The arcades I visited even began to make me envy Japanese culture. It was social, fun, and most had scores of games â€“ often spread over several floors â€“ to cater to all tastes. Speaking of tastes, I also bought and made tiny food!

While walking around the sometimes-smoky gaming emporiums, it was hard to resist taking photos. The variety of arcade cabinets is fascinating. Some were interesting, some were strange, and some provided a unique insight into Japan’s gaming culture.

I have uploaded them here, in hope that you find them interesting, along with my comments on the various machines available. This isn’t an exhaustive collection â€“ the photos were mainly taken in Tokyoâ€™s Taito and SEGA arcades. Still, I hope it gives a glimpse into Japanese gaming and arcade culture. 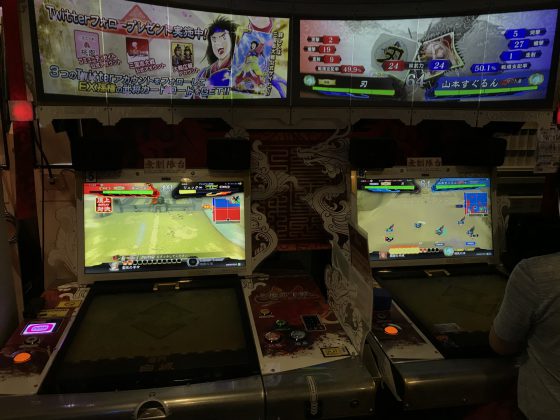 One of the major things I noticed was the intersection of the gaming and physical worlds. There were lots of games that involved rearranging cards on a desk, and those cards being read and inserted to the game. Some appeared to Magic: The Gathering battling games, others were more tactical war-games. They were very popular, and many arcades had an entire floor dedicated to them. The language barrier, regrettably, was high.

The gamers in the arcade were often very friendly. One patient man sat down with me and showed me how to play the game below. It’s a football management/playing game like FIFA’s Ultimate Team, except with two major differences.

First, there are only two buttons; one to shoot, one to save. Secondly, the game dispenses real cards! Every time you play a game, the machine shoots out a new player card, wrapped in foil. Even in the short amount of time I played it, I found myself getting pulled in. Rearranging the cards into a new formation, collecting new players. I’m a sucker for stuff like that. Bring it to Skegness! 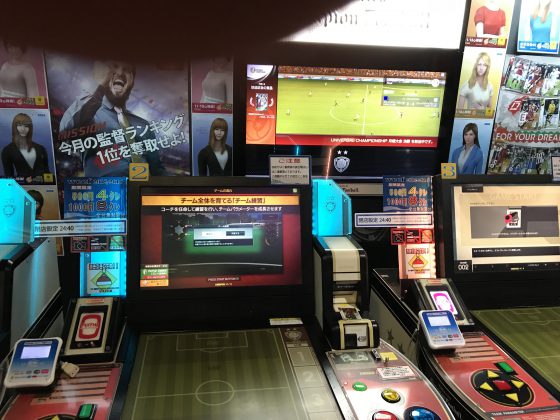 On the right of the pitch, you can also see an NFC reader with pink writing. This is where you place a card, which saves your progress in these games, so you can carry on session after session. It’s a great idea, and lots of games used it. Even Mario Kart makes use of NFC profiles to unlock new racers.

I also saw a lot of these. 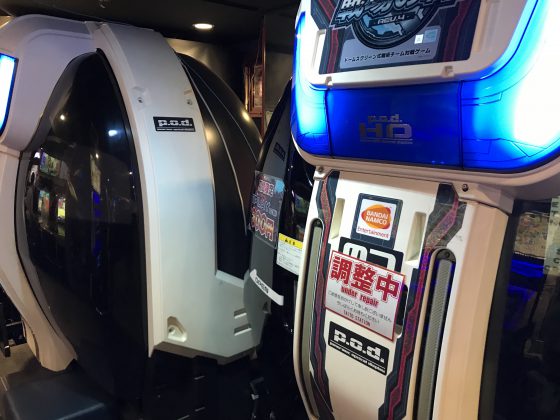 That, there, is a Gundam Pod. They were very in demand, and quite expensive – 300 Yen (Â£2), if I remember correctly. It shook you about and it the wall-to-wall screens inside are really engrossing. It’s a shame I found the game a bit short and flimsy. 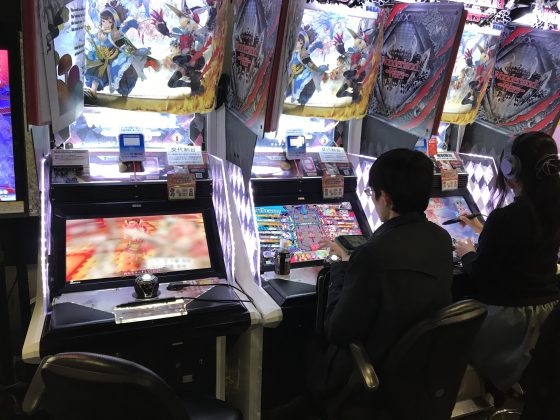 Another trend in the arcades centred around trying to bring mobile gamers in. This game uses a giant pen to simulate a touchscreen interface. Again, there were lots of them.

Of course, they weren’t the only games with unique input methods. There was usually a floor in each arcade devoted to rhythm games. The skill on show here was incredible. I daren’t take a picture of people in full flow for fear of disturbing their game. 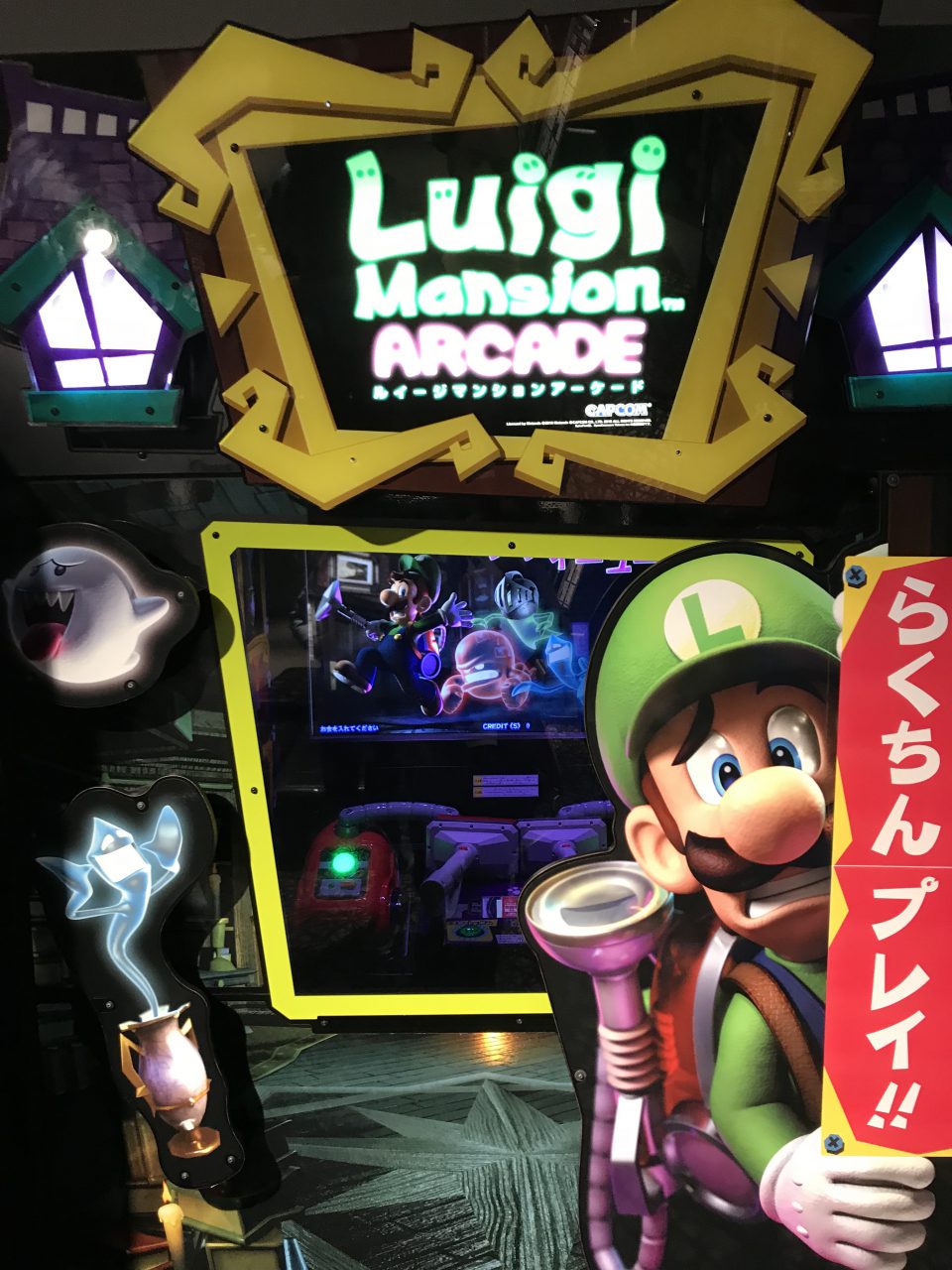 A lot of the arcades also had ‘classic’ machines. From Mario VS to Tetris: The New Challengers, there were a plethora of games represented. I loved these, although Tetris: TNC is odd. It has a frame of ‘locking’ into place as it goes down, which made the entire things different enough to throw me off my game. 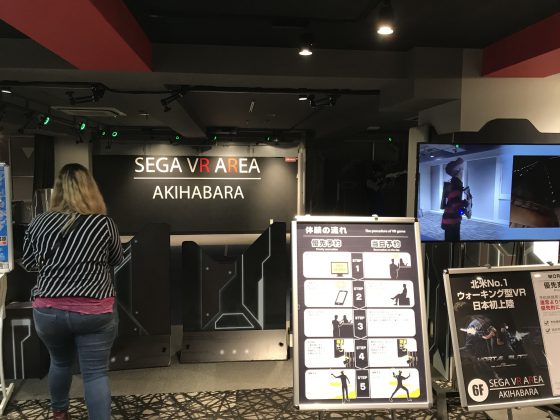 VR is still the big thing, and most establishments had a section devoted to it. These were often empty, however. They were pricey and required assistants at hand.

John Wick VR looked cool, though. This on the other hand… 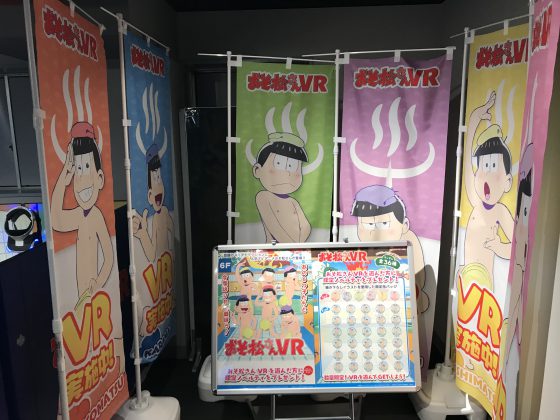 …I’m not sure I even want to know what this is. 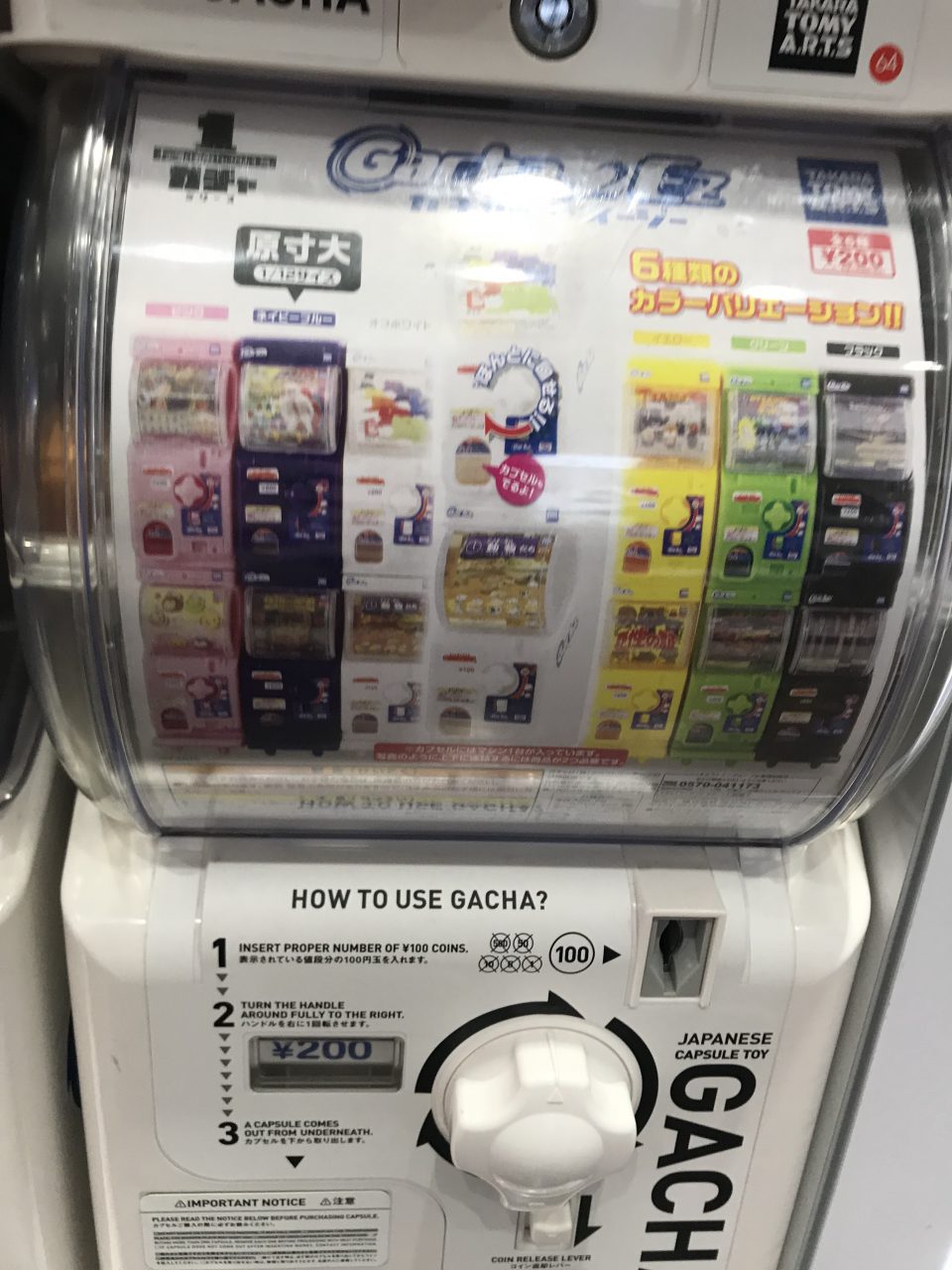 There was also nearly always a smoky floor of fighting games.

What I was struck by was the diversity. There was something for everyone, and the gender balance was remarkably even. If you get to visit Japan, I’d really recommend a visit to the arcades. More than that, though, I wish we could import them to the UK.