The Switch eShop remains relentless, featuring another bumper bounty of new releases. Next week is looking busy too, with Wolfenstein II, Crash Bandicoot, Harvest Moon, Inside and Limbo all due.

Mario Tennis Aces (Â£49.99) is yet another Switch smash, almost guaranteed to break the UK top five next Monday. Scores so far are a mixture of 7s, 8s and 9s with only some shortcomings with the story mode letting it down. Itâ€™s a touch unfair and unforgiving, apparently.

Minecraft (Â£19.99) is back as well, now featuring the latest updates like Aquatic, cross-platform play and access to a multitude of content through the Minecraft Marketplace. If you’re wondering, players who already own Minecraft: Nintendo Switch Edition can download this new version free.

Then we have The Lost Child (Â£49.99) a JRPG that has gained mixed reviews due to cribbing a few too many ideas from similar games. Clocking in at full-price, it may be worth mulling it over before opening your wallet.

Nintendo Life are one of the few outlets to review the Flashback (Â£17.99) re-release. â€œIf you were too young to play this the first time, this package will give you the best possible way to experience it with current hardware. For veteran gamers, Flashback has lost nothing of what made it special all those years ago,â€ they said before handing out an 8/10. 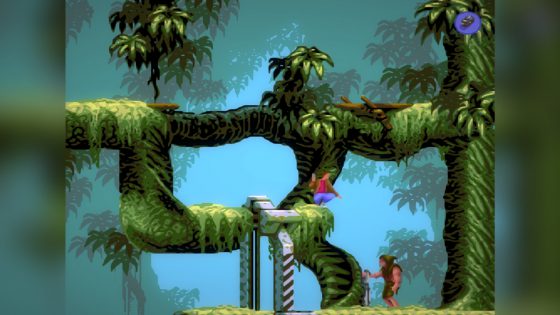 D/Generation : The Original (Â£14.99) gets another re-release too. As the name suggests, itâ€™s the original iteration. Fans allegedly demanded it. Alternatively, thereâ€™s Moorhuhn Remake. Remember Moorhun? Huge in Germany.

2D â€œsplatformerâ€ INK (Â£8.09) hasnâ€™t gone down as well as the majority of this weekâ€™s releases, with scores mostly being mediocre. â€œThe gameâ€™s simplicity can get tiresome in long sessions,â€ warned TheSixthAxis.

Whimsical co-op puzzler Pode (Â£22.49) looks a better way to blow your cash. â€œWith its subtle, relaxing and appropriate musical score, gloriously soft visuals and a simple yet emotional story, Pode succeeds in offering a generous and humble cooperative yet challenging 8-10 hours of content that will shine brightly,â€ was Nintendo Lifeâ€™s verdict. 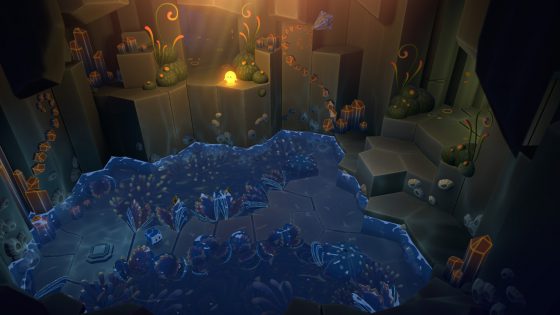 Grab the Bottle (Â£4.49) provides physics-based puzzle fun at a much cheaper price, but sadly itâ€™s a simple case of trial and error. Try, try, and try again until you finally get the right path. We awarded it 6/10 earlier this week.

Hereâ€™s a round-up of the remaining new releases, demos and discounts:

Vegas Party – Â£22.49
Played as a race, the goal is to reach the end of the Strip before anyone else. Manage your token account in 10 minigames, avoid the dangers like twisters and earthquakes, take advantage of your gaming skills and your good luck, trust no one and forget the meaning of the word “mercy” because it does not apply here!

ACA NEOGEO THE LAST BLADE 2 – Â£6.29
The Four Gods aiming to seal Hell’s Gate and the eternal dead who aim to stop them are in the middle of an intense battle. A variety of systems have been introduced. Characters have their own individual Sword Quality, the ability to Repel and turn back enemy attacks, Desperation Moves and Super Desperation Moves, as well as the ability to cancel enemy moves and sequence them into Desperation Moves known as Super Cancel.

Bloons TD 5 – Â£12.99
Five-star tower defense with unrivaled depth and replayability. The Bloons are back and this time they mean business! Build awesome towers, choose your favorite upgrades, hire cool new Special Agents, and pop every last invading Bloon in the best ever version of the most popular family friendly tower defense series in history.

Destiny’s Princess: A War Story, A Love Story – Â£13.49
A historical Japanese romance game for women, with beautiful visuals and sound. Enjoy romance with famous Warring States military leaders in a tense environment born of despair and amidst the beauty of Japan.

GUNBIRD2 for Nintendo Switch – Â£6.99
Five characters with distresses went out for an adventure to get the medicine that was handed down from the ancient times.

Just Shapes & Beats – Â£15.09
“Just Shapes & Beats” is a chaotic co-op musical bullet-hell based on three simple things: avoid Shapes, move to the rad Beats, and die, repeatedly. Itâ€™s a new spin on SHMUPs, adding a layer of coop thatâ€™s at the core of the game: ’cause everything is better with friends.

Lost in Harmony – Â£6.29
Experience music in a new way with the combination of rhythmic tapping and choreographic runner

Moorhuhn Remake – Â£6.29
The Original Moorhuhn, probably the craziest and best-known chicken in the world, is now on the Nintendo Switch, and hunting season is open! It’s time for you to keep things quiet and tidy. Take on the role of the chicken hunter as you move the screen left and right to search for more chickens and power-ups. Then use your bullets to shoot incoming birds. The harder they are to get, the more points they are worth.

The Journey Down: Chapter One – Â£8.99
In a shady corner of Kingsport Bay, at the outskirts of St Armando, Bwana and his trusted sidekick Kito struggle to make ends meet at their run-down gas station. Little do they know that they are about to be thrown into a spine-tingling adventure that will take them far from home and right into a twisting plot of corruption and danger.