Last nightâ€™s reveal of Labo certainly provoked a reaction. Nintendoâ€™s master plan to turn the humble living room into an arts and crafts den may be their most genius masterstroke yet. The price (Â£60 per pack) is a tad off-putting, though â€“ why the software isnâ€™t being included as a download code is beyond us. We canâ€™t imagine the Laboâ€™s second-hand market being particularly large.

As for the here and now, another 18 new Switch games hit the UK eShop this week. Giving consumers a choice for a change, two editions of Darkest Dungeon â€“ a gothic roguelike turn-based RPG, starring a team of flawed heroes â€“ are available. The standard edition will set you back Â£17.99, while the Â£25.99 Ancestral Edition includes the The Crimson Court and The Shieldbreaker add-ons. 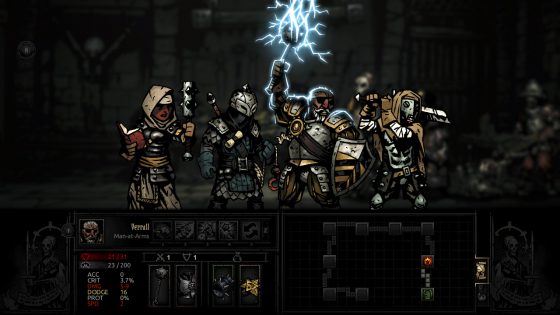 InnerSpace (Â£17.99) is another big-name release, being an exploration-based space sim with abstract visuals and a relaxed vibe. Reviews are mostly positive, with one site (PlayStation Lifestyle) going as far to call it a potential 2018 â€˜sleeper hitâ€™ candidate.

Tales Of A Tiny Planet (Â£17.99) must be receiving a retail release somewhere in the world, as this physics-based puzzler is classed as a â€œdigital version of package softwareâ€. It looks similar to the PSP classic LocoRoco, only even more minimalist. 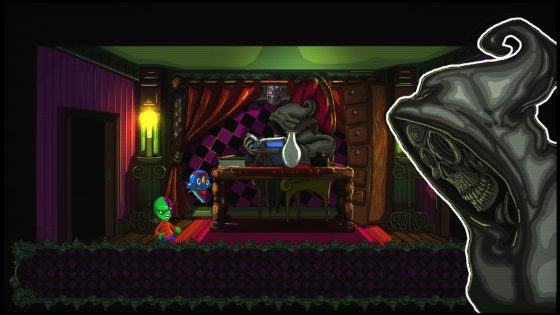 Oh…Sir! The Insult Simulator and its sequel Oh…Sir! The Hollywood Roast may be cheapy cheap, at Â£1.99 and Â£2.99 respectively, but theyâ€™re also on the simplistic side. The idea is to form a witty insult from a pool of words, with extra damage dealt to rivals by exploiting their weaknesses and staying on topic. Like a five-year-old child telling you the same joke repeatedly, it becomes tedious very quickly. We gave the Xbox One version a lukewarm 6/10.

We also have a double-whammy of retro re-releases from Hamster – ACA NEOGEO POWER SPIKES II and Arcade Archives DOUBLE DRAGON (Â£6.29 each). Double Dragon needs no introduction, but Power Spikes II may be unknown to some. Itâ€™s a futuristic rendition of volleyball, released by Video Systems in 1994. Curiously, it graced the NeoGeo CD but not the NeoGeo AES, making it one of the few exclusives for the system. 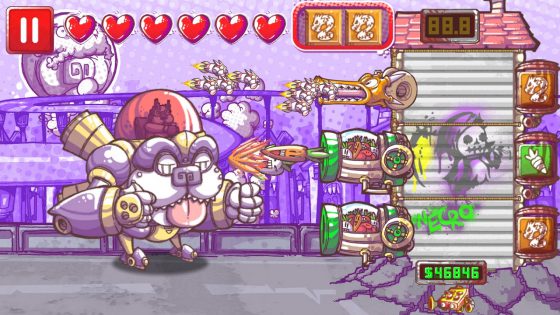 Hereâ€™s a round-up of the remaining releases:

Ambition Of The Slimes – Â£4.99
Tired of being splattered, slimes start to take control of their rivals by leaping into their mouths and taking control of their bodies. Thatâ€™s the premise for this isometric RPG.

Baseball Riot – Â£4.40
10Tons bounces back with another physics-based puzzler. Itâ€™s remarkably similar to Tennis in the Face and King Oddball, if youâ€™ve ever looked into either of those.

Brawl – Â£8.99
Bomberman with a gothic twist, seemingly. It also appears to have a Splatoon-style turf war mode.

Rally Racers – Â£8.99
Mario Kart is the obvious inspiration for this cartoony racer, which only recently left Steam early access. System 3 is listed as publisher for this Switch iteration.

Vesta – Â£11.46 until 26th Jan (Â£13.49 thereafter)
An isometric adventure, with a few puzzles thrown in, starring a redhead and her robotic army.

World to the West – Â£17.99
Nintendo Life thought this 3D platformer/adventure was pretty good, awarding it 7/10. â€œWorld To The West is a nicely put-together adventure game, making use of a good roster of characters with different abilities to provide the player with enjoyable puzzles and combat,â€ they said. 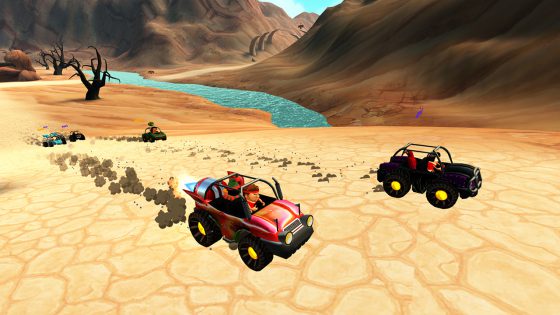 Demos of Death Squared: The Employee Evaluation and League Of Evil should be live on the eShop now, too. As for discounts, the wonderful Oxenfree is down to a mere Â£3.99, while Riptide GP: Renegade and Spelunker Party! are currently half price.