Itâ€™s doubtful weâ€™ll see another eShop line-up as jampacked as this in 2017. The Switch gains several big-name releases and a few new indies of note, while the 3DS receives PokÃ©mon Ultra Moon & Sun.

Despite it simply being an enhanced version of a game barely a year old, itâ€™s easily the handheldâ€™s biggest release of 2017. While some critics wished that Nintendo had held off revisiting Sun & Moon until further down the line, reviews claim that this is by far the superior version with plenty of improvements. The Metro opted for a 9/10, while Nintendo Life felt it was deserving of full marks.

Word has it itâ€™s an impressive conversion, but signs of the gameâ€™s age are showing in places. Review scores are a mixture of 8s and 9s, leading to a Metacritic of 85%.

Then we have L.A. Noire (Â£44.99), another conversion of a game that’s knocking on a bit. Scores for this one are a tad less positive than Skyrim, mostly being 7s and 8s. â€œL.A. Noire isn’t the prettiest project, but it still holds up because there isn’t anything quite like it even today,â€ said Destructoid, before handing out an 8.

Rocket League (Â£15.04) also makes a very welcome appearance this week. Like the above, the mighty Switch has managed to do it proud â€“ it has lost very little during the jump from PS4/XO. 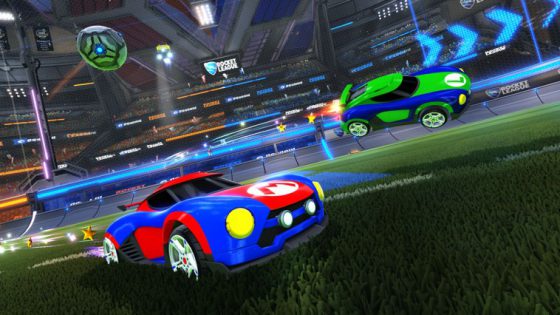 Batman – The Telltale Series (Â£39.99) and RiME (Â£29.99) are also of note, but you may want to curb your enthusiasm as both display a lack of polish when compared to other versions. RiMEâ€™s developers have even talked openly about the struggle of bringing their indie hit across.

Hereâ€™s the rest of this weekâ€™s Switch line-up.

Aces of the Luftwaffe â€“ Squadron – Â£13.49
A 2D vertically scrolling shooter with co-op multiplayer for up to four players.

Unbox: Newbie’s Adventure – Â£24.99
This 3D platformer is more physics-based than most, allowing the cubic characters to get around easily by leaping great distances.

Ittle Dew 2+ – Â£26.99
This top-down Zelda-style adventure apparently suffers from weak combat, but itâ€™s still worth a look due to following the Zelda formula closely.

Xenoraid – Â£8.99
This weekâ€™s belated Switch release from 10tons is this 2D space shooter, which sees modern-day spacecrafts kitted out with alien-blasting weaponry.

Ginger: Beyond the Crystal – Â£17.99
This above-average 3D platformer takes inspiration from the 32-bit era.

Green Game: TimeSwapper – Â£2.69
A time-manipulating puzzler, based around protecting a mechanical bird.