Two big name releases are vying for attention on Switch this week. Sadly, all signs point to Puyo Puyo Tetris being overshadowed by Mario Kart 8 Deluxe. Itâ€™s understandable, to be fair â€“ Mario Kart remains one of Nintendoâ€™s best-loved properties.

Puyo Puyo Tetrisâ€™ pricing seems to be the main issue for the lack of fanfare. The eShop price has been set at Â£34.99, which is roughly in-line with the retail version. The PS4 version meanwhile can be found for Â£19.99 on the likes of Amazon. Maybe if the Switch version had a similar price tag then it would doubtlessly generate more of a buzz.

The colourful crossover puzzler is certainly deserving of it, gaining an 8/10 from Nintendo Life and a 9/10 from Push Square (PS4 version). 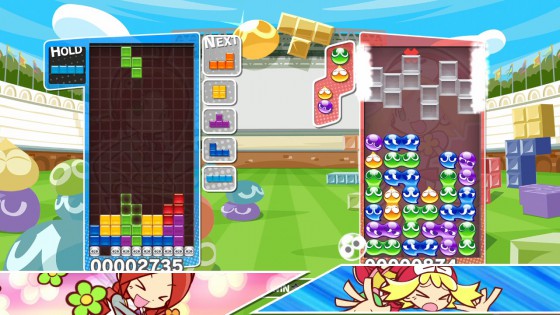 The eShop price for Mario Kart 8 Deluxe has been set at Â£49.99. With the likes of Amazon and Tesco Direct stocking the superlative kart racer for Â£42, you might want to stick to online retail for this one.

Viewed from a similar perspective as Zelda: A Link to the Past, this pastel-hued adventure involves battling demons and solving puzzles. Destructoid gave the Japanese version an 8/10 earlier this month, and thatâ€™s despite the short-lived 50min runtime. â€œIf sub-50-minute games are too short for you, keep in mind this one costs around $5; I certainly felt like I got my money’s worth,â€ they said. 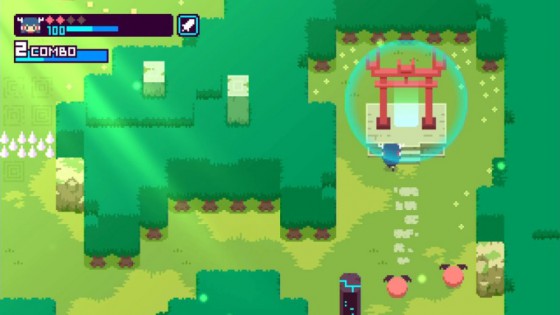 Over on New 3DS thereâ€™s the not-actually-all-that-new Ascent of Kings (Â£1.99), a pixel art adventure that arrived on other formats a while ago.

Then on Wii U thereâ€™s Use Your Words (Â£14.99), a party mini-game package for 3-6 players in which mobiles and tablets can be used as controllers. One mini-game entails writing your own subtitles for a foreign film, while another involves writing â€˜clickbaitâ€™ headlines for daft photos. While itâ€™s pleasing to see a new Wii U game this late in the systemâ€™s life, this one sounds like it would have been far better suited to the Switch.

As for discounts, Ambition of the Slimes, Castle Conqueror Defender, Mini Sports Collection, Puzzle Labyrinth and Snow Moto Racing 3D are due a price drop on 3DS, while Back to Bed, Twin Robots and Nano Assault Neo are about to plummet in price on Wii U.