We were starting to think that Drinkbox Studioâ€™s Severed would never find its way from PS Vita and onto other formats. Pleasingly, this isnâ€™t the case â€“ the RPG-light adventure, starring a one-armed female warrior, graces both Wii U and 3DS this Thursday.

As well as crossbuy support, itâ€™s also arriving with a discount in place – Â£10.79 until 29th August (Â£11.99 thereafter). Scores for the PS Vita version included a stonking 9.5 from Destructoid, so you can see why weâ€™re pleased as punch to see this one going multi-format. 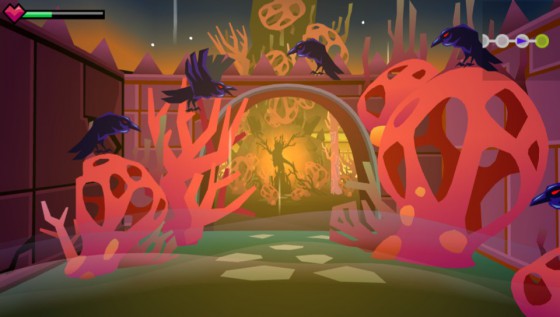 In the eyes of Nintendo, Noitu Love: Devolution (Â£6.99) is the weekâ€™s eShop highlight. This too is due on both formats with a crossbuy offer â€“ buy it on one format, and get it for Â£3.99 on the other.

Clearly cut from the same cloth as Contra, Metal Slug and Gunstar Heroes, itâ€™s an arcade shooter of the 2D pixel art variety. Thereâ€™s one major difference to the aforementioned, though â€“ it has a pointer driven control scheme. A choice of control methods is in place â€“ reign fire either with the GamePad and stylus, or Wii Remote and Nunchuk.

Nintendo Life gave the Wii U version the review treatment last week, resulting in an 8/10. â€œNoitu Love: Devolution feels like a love letter to the likes of Gunstar Heroes, Metal Slug or Contra; yet it’s also a romance as per the vision of developer Konjak. While it feels like those familiar arcade romps of yore, then, this game is also decidedly its own thing; it’s all the better for it,â€ they said. 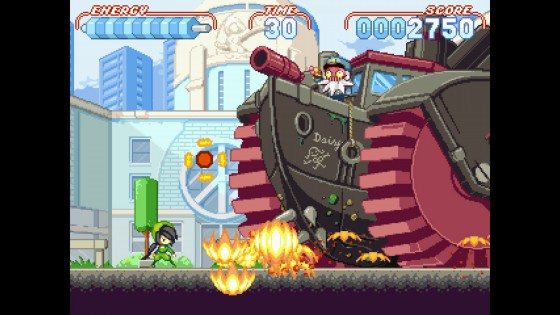 In addition to Noitu Love: Devolution and Severed, the 3DS also sees the release of the Japanese colour-based auto-runner Polara (Â£4.99) and a piece of Phoenix Wright DLC. The full title? Take a deep breath – Phoenix Wright: Ace Attorney – Spirit of Justice: Apollo Justice: Asinine Attorney. Thatâ€™ll set you back Â£3.59 (and a new pair of lungs).