A price cut to Â£29.99 has helped DOOM claim the UK chartâ€™s top spot, putting an end to Overwatchâ€™s three week run in the process.

The recently released DOOM demo likely played a part in this, too. 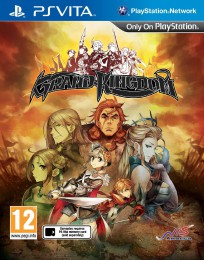 DOOM entered at #2 during launch week, so this is in fact the first time the grizzly shooter has been crowned no.1. In doing so, it has become Bethesdaâ€™s first number one since Fallout 4, and idâ€™s first since DOOM 3 way back in 2004.

Overwatch drops to #2 with sales down 24% while Uncharted 4: A Thiefâ€™s End saw a small sales boost, raising it up to #3.

MotoGP 16: Valentino Rossi was the only top 40 new arrival, entering at #19. Grand Kingdom did however top the PS Vita chart, which shouldnâ€™t really come as a surprise – PS Vita JRPGs have a track record of heading straight to no.1 at launch.