Here’s something you may have overlooked during EAâ€™s glitzy E3 conference – Titanfall 2 and Battlefield 1 launch within a week of one another.

Battlefield 1 is due 21st October while Titanfall 2 drops 28th October.

Although dozens upon dozens of games launch in October – it’s the busiest month of the year for gaming, after all – EAâ€™s timing is more than open to scrutiny. Similarities between the two games are vast, with the most obvious being the online multiplayer focus. 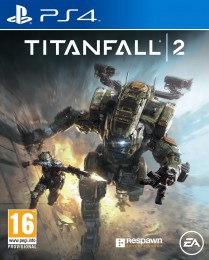 It’s akin to Ubisoft launching two Tom Clancy games, or Bethesda releasing two 100+ hour RPGs, within a week. Most gamers are likely to only buy one, and we can’t help but think that it’ll be Titanfall 2 – previously an Xbox-exclusive series lest you forget – that’ll trail behind in terms of sales.

Itâ€™s unlikely to flop – both were revealed with much fanfare and excitement, and with EA behind them they’re both likely to receive huge marketing budgets – but if forced to choose between the two, it’s not hard to imagine your everyday shooter fan picking the already well-established Battlefield over Titanfall, a relative newcomer.

Weâ€™ve heard people claim that EA effectively sent the Titanfall franchise out to die by making it an Xbox-exclusive to begin with. It now seems that it’s second shot of success could also be compromised.

EA has clearly refrained from releasing it in November to prevent a clash the unstoppable Call of Duty. A December release would have been out of the question too – for reasons we have never really understood, the last month of the year is a no-go for AAA releases.

You have to hand it to EA, though – they clearly have confidence in the mech shooter sequel to put it up against their biggest non-sports franchise.