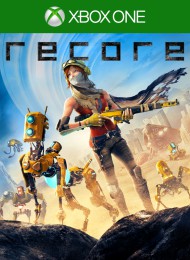 The new trailer gives us a glimpse of gameplay footage (last yearâ€™s E3 trailer was CGI only) re-confirming what we already knew: it’s a third person sci-fi shooter\adventure hybrid with robots of various shapes, sizes and uses.

They’re lead by Joule Adams, one of the last remaining humans, who has the capability to carry the energy cores that bringing her robot helpers to life.

It’s the game’s fact sheet that holds the biggest surprise of all – ReCore launches 13th September (16th September in Europe) with an RRP of Â£29.99.

Since Microsoft’s E3 conference Amazon has adjusted their price according (it was Â£44.99 to pre-order previously) and itâ€™s also now available to pre-order digitally for a penny under Â£30.

Oddly, digital pre-orders include Banjo-Kazooie: Nuts and Bolts as a bonus. Talk about a tenuous link.

What does the Â£29.99 price point mean? Well, Microsoft obviously aren’t chucking as much money at this one as, letâ€™s say, Gears of War 4. A semi-budget game, if you will. 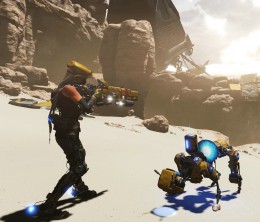 Shortcomings seem incredibly likely, with the trailer showing some less than fluid animation cycles and environmental effects – such as fire – that are far from exemplary.

We could also be in for an adventure that doesn’t last quite as long as its peers, although we are of course speculating here.

The new price tag definitely hints at something worrying though: games that arrive with a Â£30 price point usually aren’t quite as slick, polished or as long lasting as full price releases. As such, you may want to curb your enthusiasm.

With only a CGI trailer to go on prior to today though, it’s unlikely ReCore was high on many gamerâ€™s ‘Most Wantedâ€™ lists to begin with.