Season 1 of Xbox One launch title Killer Instinct saw the old gang getting back together for a spot of mindless ultra violence. For Season 2, Iron Galaxy took the reins from Double Helix and updated the roster with four of their own creations and four returning rivals. Season 3 – which kicks off this week – mixes things up further, adding Haloâ€™s Arbiter and Battletoadâ€™s Rash to the line-up. If the rumours are true, Gears of Warâ€™s General Raam is also making an appearance in the not too distant future.

As much as weâ€™d like to tell you how Killer Instinct: Season 3 is shaping up, the required 21GB update has temporarily put the brakes on that. We can however tell you that the Â£15.99 Combo Breaker pack has Rash, Arbiter, Kim Wu and Tusk available now – the other four characters are yet to be announced. Individually each character costs Â£3.99, so this pack is a decent deal – 50% off the total price. The base game has additionally had an update, giving the older backdrops a touch-up with a new lighting engine. Weâ€™ll take it for a spin in due course.

Resident Evil 6 HD also arrived on the download services this week for Â£15.99. Although all DLC is included, weâ€™re finding it hard to get excited – Capcom listened to fan feedback during the gameâ€™s creation, resulting in something of an inconsistent mess. 30+ hours of tedious cover-based shooting and QTEs. Weâ€™ll stick with Revelations 2. 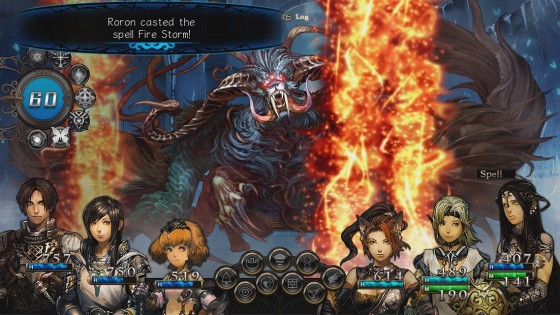 JRPG fans have another two new releases to consider – Trillion: God of Destruction on PS Vita and Nights of Azure on PS4. Push Square gave Nights of Azure 6/10. â€œWhile Nights of Azure is an enjoyable enough ride, it doesn’t really possess anything that makes it worth investing a large amount of time inâ€ read part of their final verdict. Trillion: God of Destruction hasnâ€™t faring too well either, with scores including 3/10 from Destructoid – who described it as â€œmind-numbingly banalâ€ – and a sub-par 4.0 from PlayStation Lifestyle. 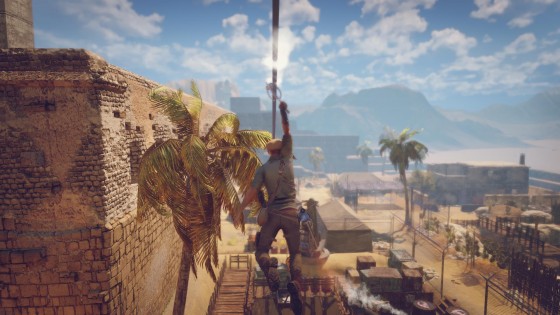 The full-price Adam’s Venture Origins on PS4, Xbox One and PC flies the flag for western-developed adventures meanwhile. This is Soedescoâ€™s stab at creating their very own franchise; an Indiana Jones/Uncharted style adventure with a focus on puzzle solving. Weâ€™re still waiting on reviews – expect them to go live either on or just after launch day (1st April).

WRC 5 Esports Edition is due on both Xbox One and PC this Friday too. Another new release hitting both formats is Organic Panic, a colourful platformer with destructive environments and free-flowing fluids. Itâ€™s Â£11.99 on Xbox One and Â£11.59 on PS4.

The Xbox One also gets Active Soccer 2 DX (Â£11.99), while twin-stick shooter Tachyon Project (Â£7.99), physics-blessed platformer No Time To Explain (Â£11.99) and cult role-player UnEpic (Â£7.99) belatedly head to PS4. Tachyon Project and UnEpic are available now on PS Vita, incidentally. They arenâ€™t the only new releases for the handheld either – Sid Meierâ€™s Civilization Revolution 2 Plus (Â£14.99) makes a surprise appearance, hot on the heels of last weekâ€™s XCOM: Enemy Unknown Plus. We imagine that itâ€™s a safe purchase. 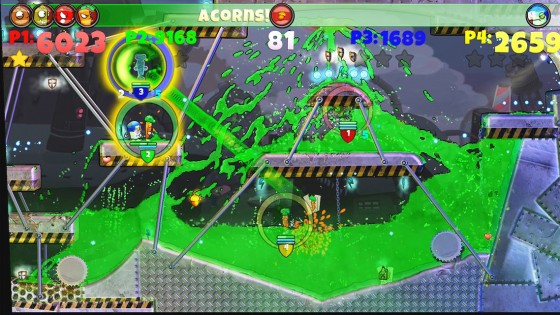 We arenâ€™t done yet – Telltale has released new episodes for Minecraft Story Mode and The Walking Dead: Michonne. Reviews of both are curiously thin on the ground – we could only find one review of the latter, and not a single one for the former.

Destructoid felt that episode 2 of the Michonne mini-series wasnâ€™t a big improvement over the allegedly middling first episode, giving it a 6.0: â€œIn a season consisting of five or more episodes, a transitional, table-setting tale like Give No Shelter would theoretically justify itself. But with just one more chapter left, it feels like there should be more here. Despite that, I do have faith that the finale will tie it all together neatly.”

This leaves us with good old Bubble Bobble on PS4, courtesy of Hamsterâ€™s on-going Arcade Archives series. Aside trophies, share features and an online leaderboard itâ€™s a no-thrill conversion of the arcade classic. For Â£5.79, thatâ€™ll suffice.