According to Amazon the last two retail releases of 2015 are due this week. We wouldnâ€™t get too excited though, as theyâ€™re merely PS3 ‘Essential’ re-releases of Dead Or Alive 5 and Ninja Gaiden 3. Expect to pay around Â£10 each. In Ninja Gaiden 3â€™s case, thatâ€™s around Â£5 too much. We enjoyed Yaiba: Ninja Gaiden Z more, and thatâ€™s saying something.

On the download services things are a tad more exciting, including the release of Kingâ€™s Quest â€“ Chapter 2: Rubble Without A Cause on all-formats. The first episode – released a whole five months ago – is currently free via PS Plus, if you werenâ€™t aware. We imagine that itâ€™ll be free on either Xbox 360 or Xbox One in the not too distant future too. Anyway, ShackNews were mildly disappointed with Chapter 2â€™s length – a mere 2-3 hours, compared to Chapter 1â€™s 5+ hours – but found that the â€œunique gameplay mechanicsâ€ helped to keep things fresh. Gamespresso shared a similar view, claiming that it put a smile on their face throughout. 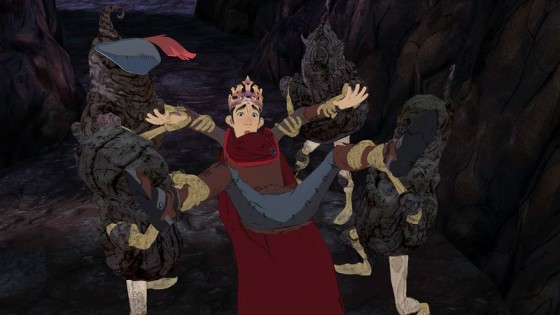 The PS4 sees the release of another adventure this week – Trine 3: The Artifacts of Power (Â£17.99 or Â£16.19 with Plus), which magically appeared out of nowhere on Wednesday. The PC release was met with a mixed reception due to overall shortness and a wealth of glitches. That was back in August, so with a bit of luck the last three months have been spent getting it shipshape for PS4.

Unlike previous Trine games, this one is set in a full 3D world. This does apparently lead to some tricky platforming sections and the occasional unhelpful camera angle, but still it retains everything that made the last two games great, including some stunning visuals. Well, everything apart from online co-op. The developers were allegedly faced with â€œtechnical issuesâ€ when attempting to incorporate online play, and so they opted for local play for up to three players instead. 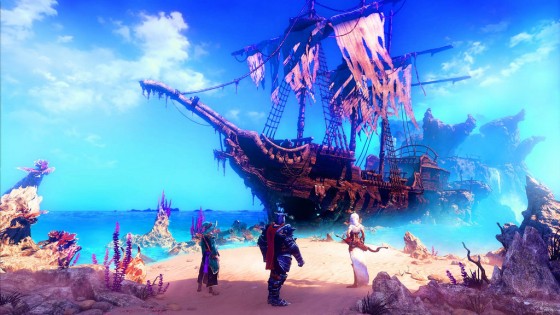 The PS4 also gets another PS2 re-release in the form of the cult-classic Parappa the Rapper 2 (Â£7.99). Thatâ€™s being joined by top-down survival racer BlazeRush (Â£7.99). Survival in the sense that the vehicles have no brakes. Never skip a MOT, folks. Steam reviews are â€˜very positiveâ€™, suggesting that itâ€™s worth a look.

Then on PS Vita thereâ€™s 2D steampunk puzzle platformer Red Game Without a Great Name (Â£3.99) and Royal Defense Invisible Threat (Â£4.99), which as the name suggests is a tower defence affair. Both are conversions of well-received PC games.

In addition to Kingâ€™s Quest, Xbox One owners can take a trip on the wild side with ARK: Survival Evolved‘s early access preview (Â£27.99 – trial version available). Donâ€™t expect to see any reviews for this one. We hope not, anyway – itâ€™s not due in a finished state until July 2016. 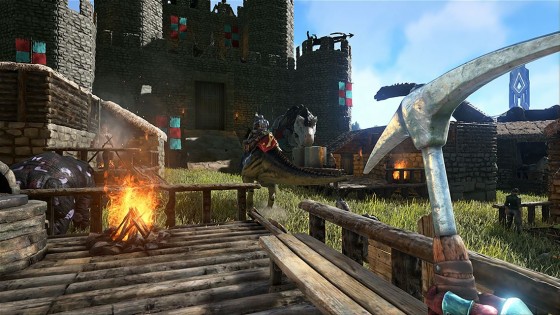 This survival RPG – which features a living, breathing, eco-system – lets you tame, train and breed over 50 creatures before going into battle with other players in a large, fully populated, open world. Base building features heavily too. Ingeniously, bases remain in the world even after you go offline, and are thus vulnerable to theft. Itâ€™s Turok: Dinosaur Hunter meets Minecraft, pretty much. Weâ€™ll chalk up some impressions shortly.

The Xbox 360 gets a look-in this week as well with a belated release of Tony Hawkâ€™s Pro Skater 5. On Monday Activision announced that plans for a UK release had been shelved. One whole day later, this digital release appeared. The PS4 and Xbox One versions received a right old kicking due to an abundance of bugs and a day-one patch that was bigger than the game itself. Since then it has seen another sizeable patch to fix the bugs the first patch missed but it still remains broken. What a mess. 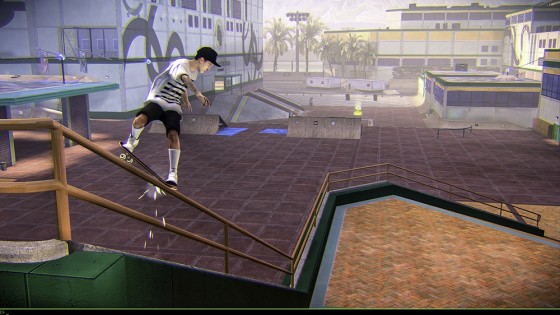 Itâ€™s doubtful that additional development time has benefited this last-gen version. Weâ€™d love to be proven wrong, but as we said, itâ€™s doubtful. The Tony Hawk license runs out at the end of the year (read: in two weeks time) so all signs point to it being an incredibly last-minute â€œeffortâ€ just to get it out the door.

This leaves us with Assassin’s Creed Syndicate‘s Jack the Ripper DLC – the first significant piece of additional content, available either in the season pass or on its lonesome for Â£11.99. Set 20 years after the events of Syndicate, both Evie – who’s now 40 years old, thus more mature – and Jack the Ripper himself are playable.

GameSpotâ€™s reviewer found playing as the Ripper a little unsettling – one scene sees the famous murder go on a killing spree inside a mental asylum, slaying both patients and doctors. â€œI understand Assassin’s Creed takes liberties with history when it tells its tales, but I felt sick to my stomach killing hallways full of patients. I spent most of my time painstakingly trying to scare them away to avoid killing themâ€ their reviewer confessed. It still went on to get a recommendation though: â€œIt’s a lovely ode to the story of Jacob and Evie, and gives the game’s strongest character more time in the spotlight.â€