If it wasnâ€™t for Bloodborne – Game of the Year Edition this week would be an utter write-off as far as retail releases are concerned, leaving us with physical releases of Tiny Troopers Joint Ops and Pure Hold’em World Poker Championships on PS4 and some 3DS Fireman Sam game. We thought he’d retired long ago. 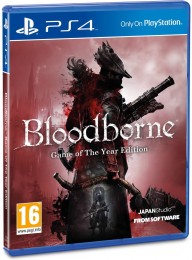 Remember when publishers would be falling over themselves to get their big Chrimbo releases out the door? Thatâ€™s something we havenâ€™t witnessed this winter due to new releases being spread out and also fewer in number. Having said this, we have still seen a few new releases go under the radar, such as the console versions of Wasteland 2: Directorâ€™s Cut and Divinity: Enhanced Edition. Both deserved more attention than they received.

Anyway, back to whatâ€™s out this week. Bloodborne – Game of the Year Edition includes the new The Old Hunters expansion plus the original game. Donâ€™t mistake it for a cut price re-release – itâ€™s arriving at full price (Â£49.99) on both PSN and at retail. The Old Hunters features three new locations and a variety of outfits, over 10 weapons – including a ranged weapon known as Simonâ€™s Bowblade – and the ability to transform into various beasts. Reviews have been alarming positive so far, with scores including 4.5/5 from The Escapist (â€œa shining example of how DLC should be madeâ€) and 9.25 from GameInformer.

â€œIf you have already experienced Bloodborne, this add-on is absolutely essential. If you havenâ€™t, itâ€™s the perfect time to join the Old Hunters and journey through the streets of Yharnam and the new nightmares that followâ€ they said.

The PS4 also sees the release of Beyond: Two Souls HD (Â£24.99) and Primal Carnage: Extinction (Â£15.99) via PSN. Beyond: Two Souls launches tomorrow complete with a 1080p makeover, improved controls, more challenging fight scenes and the ability to play through the whole thing in chronological order. The Enhanced Experiments DLC is thrown in, too. Class-based shooter Primal Carnage is another conversion, this time from PC. It suffered from all kinds of problems at launch, which lead to a waft of negative reviews on Steam. The PS4 version doesnâ€™t appear to be faring any better, backed by a poor 4/10 from The Metro – who called it â€œalmost irredeemably shallowâ€ – and a 6/10 from PlayStation Lifestyle who warned that it still has glitches and technical issues. Save your money for Ark: Survival Evolved. 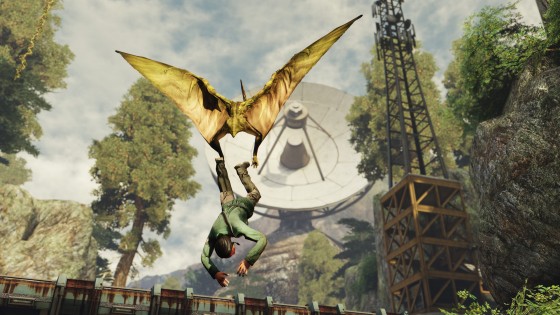 Heavy Ironâ€™s organised crime sim Fat City hits both PS4 and Xbox One while the Q.U.B.E Directorâ€™s Cut and Tower of Guns First Person Bundle heads to PS4, PS3 and Xbox One. We reviewed the Portal alike Q.U.B.E back in July and found it to be pretty decent.

This leaves us with the Nebraska set visual story Three Fourths Home: Extended Edition, which is due out on Xbox One this Friday after launching in the US last month. Set during a thunderstorm, it entails a long and meaningful conversation between troubled families. The â€˜Extended Editionâ€™ part of the gameâ€™s title relates to an additional epilogue that takes place at a snowy bus stop. GameSpot was impressed with the quality of writing and the novel art direction, giving it an 8/10, while Pure Xbox handed out 6/10. “There’s a compelling story here for those who give the game the time to grow on them, but there’s also a good chance that just as you get into it, you’ll be watching the credits rollâ€ they casually warned.