FIFA 16 is the UKâ€™s number one for a third week running, putting it halfway to matching FIFA 15â€™s consecutive six week run. 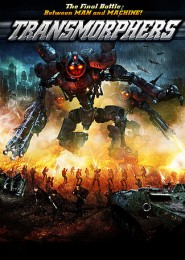 Uncharted: The Nathan Drake Collection has to make do with #2, which is of course nothing to be ashamed off. Chart-Track reports that itâ€™s the eighth fastest selling PS4 title of the year so far.

Destiny: The Taken King moves up one position to #3, LEGO Dimensions drops to #4 while Forza Motorsport 6 remains at #5.

At #6 itâ€™s GTA V, up from #9. Animal Crossing: Happy Home Designer falls a mere one position to #7 while MGSV: The Phantom Pain drops to #8.

Position #10 is then filled by new arrival Rock Band 4. Apparently the Xbox One version was hit by stock shortages, which may explain why it hasn’t entered at a higher position.

The only other new entry is Platinum Games’ Transformers: Devastation at #21. The individual format chart reveals that the PS4 version was the biggest selling. If we were gambling men we would have put our money on the Xbox 360 iteration.