According to the ever reliable Amazon, the physical release of Legend of Kay Anniversary isnâ€™t out on Wii U until 4th August. If youâ€™re eager to take Nordic Gamesâ€™ remastered platformer for a spin though itâ€™s out on the eShop this Tuesday for Â£19.99.

Just like last yearâ€™s MX Vs ATV revival, Nordic Games tracked down the original developers to bring this dormant franchise back to life – the last Legend of Kay game was on Nintendo DS back in 2010, although it appears the publisher did give the PS2 original an incredibly belated re-release in 2013(!) after taking it off Koch Mediaâ€™s hands. 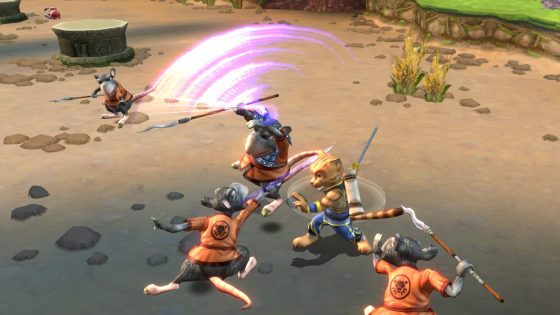 It sounds like itâ€™s more than your typical HD re-release, boasting of improved character models, clearer sound, hi-res textures and a simplified interface. It now runs at 60fps too. Itâ€™s the price point thatâ€™s arguably going to swing this one though – Amazon has the physical version for a wallet winning Â£14.99. Another factor in the game’s favour is that thereâ€™s a huge gap in the market for a new 3D platformer. Or at least, one that doesnâ€™t require tons of plastic figures to play.

Reviews of the PS4 and PC versions started to appear earlier today. Considering the original Legend of Kay received barely above average review scores back in 2005, reception for this remake is surprisingly positive so far. Attack of the Fanboy dished out 4/5 while both Defunct Games and PlayStation Lifestyle praised the greatly improved visuals. Both however were left unimpressed with the voice-acting, plot and occasionally bothersome camera. For something that only a select few regard as being a classic, it does however hold up rather well – PlayStation Lifestyle went on to give it an acceptable enough 6.5 while Defunct Games gave it a C+. 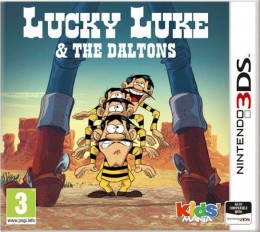 A platformer of an altogether different variety also arrives on the Wii U eShop this week – the 2D BADLAND: Game of the Year Edition (Â£8.99 until 13th Aug – Â£10.79 thereafter). The only other new arrival due on Wii U is a Just Dance 2016 demo, which means there are no Virtual Console releases this Thursday.

The 3DS is also set to receive a trio of new downloads – puzzler PICROSS e6 (Â£4.50), presumably pap cartoon tie-in Lucky Luke & The Daltons (Â£24.99) and Full Fatâ€™s Flick Golf 3D Â£4.49. That last one is a mobile conversion but donâ€™t let that put you off – Full Fat have apparently put loads of effort into this 3DS iteration.