Sonyâ€™s E3 conferences usually lack focus. Not this year – it was all about giving gamers what they wanted. To wit: The Last Guardian, a remake of Final Fantasy VII and the launch of the Shenmue III Kickstarter. Guerrilla Gamesâ€™ new IP – Horizon: Zero Dawn – went down a treat too, as did No Manâ€™s Sky. There’s still no release date for Hello Games’ sci-fi opus, mind.

The Last Guardian has been missing since E3 2009, so itâ€™s easy to understand why this revival prompted plenty of cheers from the crowd. Itâ€™s now destined for PS4, and Ico and Shadow of the Colossus director Fumito Ueda is still at the helm now from his own studio – genDesign. Behold the lovable dog/bird hybrid in all its majesty:

Whereas The Last Guardian is an outright PS4-exclusive, Final Fantasy VII Remake is simply heading to PS4 first. The trailer revealed no gameplay footage or a release date, sadly, but we can rest assured that itâ€™s in safe hands. More information is expected during the Square-Enix conference later today. FF VII wasnâ€™t the only game in the series on show – the chibi-style World of Final Fantasy is heading to PS4 and Vita. Thereâ€™s a trailer over at IGN.

When it comes to Shenmue III, we have one small question – why isnâ€™t Sony funding this themselves? The Kickstarter, which launched during Sonyâ€™s E3 showing, asks for $2m which is a hefty amount by KS standards but a drop in the ocean compared todayâ€™s colossal game budgets. Itâ€™s only destined for PS4 and PC too, so itâ€™s not as if Sony will be funding development of something that could potentially end up on a rival system. 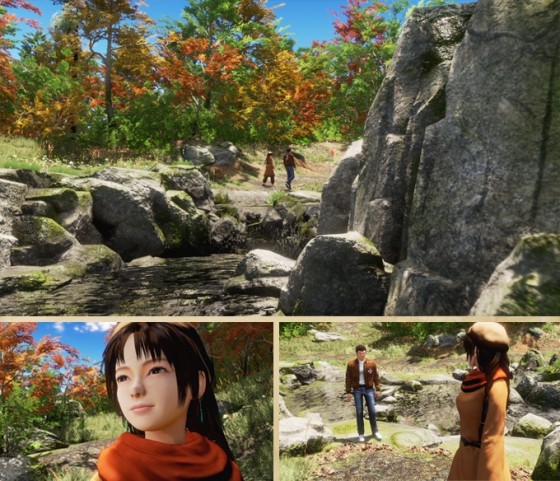 Turns out Yu Suzuki doesnâ€™t need Sonyâ€™s help after all. Currently the Kickstarter is at $1,912,709 and itâ€™s more than likely that the target will be broken by the end of today. Screenshots, artwork and a promotional video can all be found here.

As for new games, Guerrillaâ€™s Horizon: Zero Dawn impressed. Itâ€™s an action RPG with a female lead, set in a future where civilisation has been wiped out and nature has taken back the land. Huge robotic beasts now roam around, posing a deadly threat to the red haired lead – a tribal warrior armed with primitive technology. Itâ€™s looking incredibly promising: 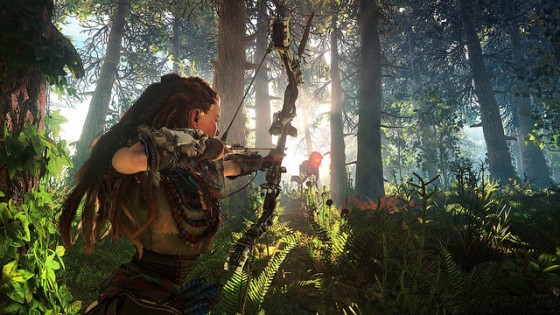 Indie title Firewatch isnâ€™t a PS4-exclusive per say – itâ€™s also heading to PC, Mac and Linux – but the PS4 will be the debut console. Itâ€™s a first-person adventure with strong narrative, telling the story of a camping adventure gone awry. The trailer was but a bite sized morsel, intended to leave all those who watch eager for more. Weâ€™re sold.

In addition to the PS4 conversion of Tearaway, Media Molecule is working on a creation game in which the DualShock controller is used to generate dream-like landscapes. Details are thin on the ground at the moment. Looks like it could be a mini-game maker similar to LittleBigPlanet though.

A few multi-format games took presence at Sonyâ€™s conference too, including Call of Duty: Black Ops III and a first look at Destinyâ€™s next add-on – The Taken King. Incidentally, The Taken King is now showing on Xbox.com in the form of a Â£74.99 collectorâ€™s pack which includes Destiny and the first two expansions. Expect a similar package on PSN in due course.

Assassin’s Creed: Syndicate – which will have PS4 exclusive missions – Star Wars: Battlefront and Disney Infinity 3.0 were also shown, leaving Uncharted 4 to end the show in style with incredibly different demo to what weâ€™ve seen before. Set in a ramshackle town, it involved a shoot out in a colourful fruit market that ends with Nathan and his cohort making a daring escape from heavily armed thugs along rooftops. A car chase then ensues, leaving us with a cliffhanger.