When Nintendo’s E3 digital event ended we sensed disappointment from fans. Itâ€™s easy to understand why – as far as the Wii U was concerned surprises were thin on the ground. This paints a bleak picture of the formatâ€™s long-term future, suggesting that Nintendo has pretty much given up on selling more systems.

There are enough titles to keep it in the publicâ€™s eye this year, and as always itâ€™s a sheer case of quality over quantity, but next year? Weâ€™re concerned, as all signs point to Nintendo already winding down support and turning their attention the mysterious Nintendo NX.

Zelda Wii U is still en route though, and at least this yearâ€™s offerings are looking top notch with Platinum Games’ Star Fox Zero in particular shaping up to be something special.

Replay value has always been high in Star Fox, and Zero is no different – itâ€™s possible to replay previously completed levels with alternative vehicles. Itâ€™s clear that plenty of thought has gone into the control methods and making sure each vehicle type is suitably different. Levels appear larger and more open too, with one clip showing Fox McCloud deploying a drone – controlled by the GamePad – that was used to explore an interior location.

We also got to see more of Yoshi’s Woolly World – due out 16th October – Super Mario Maker and Xenoblade Chronicles X.

Mario Tennis Ultra Smash was one of the few surprises, and though we donâ€™t doubt that itâ€™ll be nothing less than great itâ€™s hardly what fans were expecting. The same goes for the Mario Party alike mini-game collection Animal Crossing: amiibo Festival. Throw Devilâ€™s Third and Fatal Frame into the mix, both which were absent, and thatâ€™s pretty much Nintendoâ€™s entire Wii U line-up for this year.

As for third-party releases, Skylanders Superchargers, Disney Infinity 3.0, LEGO Dimensions, Just Dance 2016 and Guitar Hero Live are on their way. These were all confirmed a long time ago, however.

Another one of the few surprises on show was that Skylanders Superchargers is being blessed with two exclusive figures – Hammer Slam Bowser and Turbo Charge Donkey Kong. Each has their own vehicle too. A switch on the base of each figure allows them to be swapped between amiibo and Skylander modes. Skylander figures seem to be in abundance, so weâ€™re guessing theyâ€™ll be easier than Nintendoâ€™s amiibo figures to track down. 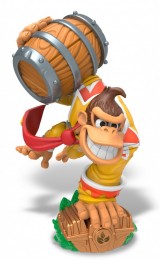 Zelda: Triforce Heroes focuses on multiplayer, with three players co-operatively solving dungeons. A â€˜totem poleâ€™ mechanic was shown, in which players carry one another around on shoulders – a technique vital for hitting taller enemies and switches in high up places. Nintendo is aiming for a different experience than Four Swords, with the completive elements being downplayed. Hyrule Warriors Legends meanwhile is a reimaging of the Wii U version complete with all DLC and new characters from Wind Waker. 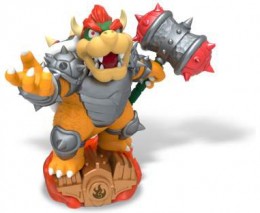 New ideas were likewise present in Mario & Luigi Paper Jam – a glorious combination of the Paper Mario and Mario & Luigi RPGs, set in a world where paper-thin and fully bodied characters co-exist.

Metroid Prime: Federation Force was met with less enthusiasm than the above, seemingly a Metroid spin-off set in the same universe rather than the fully fledged sequel we were hoping for. Samus Aran appears to be absent altogether; instead heavily stylised power armour-clad soldiers fill her boots. Harking back to Metroid Hunters on the original DS, itâ€™s a four player co-op FPS. Futuristic sports sim Blast Ball is also included. Presumably this is what the Federation Force plays during their downtime.

Aside from footage of Genei Ibunroku #FE on Wii U and anime tie-in Yo-Kai Watch on 3DS, that was pretty much it for Nintendoâ€™s E3 digital event. The franchises we all wanted to see where present – such as Mario, Zelda and Metroid – but not quite in the guises we expected.

We hoped this would be the E3 that Nintendo came out fighting. Instead theyâ€™re simply sticking to their guns, hoping that quality over quantity will prevail. Itâ€™s a tried and tested approach, certainly. We just wish Nintendo had more enthusiasm for their current flagship system.