Thereâ€™s no stopping for Christmas where Nintendo is concerned – the eShop is due several new titles on Christmas day, including four notable Virtual Console releases for Wii U. 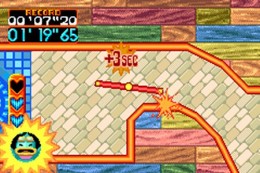 The timing for Duck Hunt is rather apt – it was a NES pack-in, so chances are high that many people first played it upon receiving a shiny new NES for Christmas. For our money though, Kuru Kuru Kururin is the one to go for this week. It tests timing and reflex skills in a way that few other action puzzlers do.

The majority of other new releases are puzzlers, all of which are heading to 3DS. Specifically, Brutus & FutÃ©e (Â£6.29) – which sounds like a cross between Ghost Trick and Scribblenauts – PUZZLEBOX Setup (Â£2.69), plus the self-explanatory Best of Mahjong (Â£1.49) and Best of Solitaire (Â£2.49).

Cubed reviewed PUZZLEBOX Setup late last week, giving it 6/10. â€œIt is a fun puzzle title to play on the go, with charming levels and a simple, yet fun game mechanic. Just beware the control scheme that sometimes might be an annoyance,â€ they said.

Also on 3DS this week: a WRC FIA World Rally Championship demo. Then on Wii U thereâ€™s Spy Chameleon (Â£4.49), a stealth puzzler that looks way better than some of the other recent releases from EnjoyUp. Could be worth considering, this.

Discounts for 3DS meanwhile include Bravely Default (Â£25.99), plus ATTACK OF THE FRIDAY MONSTERS! A TOKYO TALE, AERO PORTER, BUGS vs. TANKS!, CRIMSON SHROUD, LIBERATION MAIDEN, THE STARSHIP DAMREY and the recent(ish) WEAPON SHOP de OMASSE at a bargain Â£2.69 each. Blame Level-5 for the all-caps.

The majority of the above price-cuts are available until 1st January. Remember to check your Nintendo Premium Network balance – one gamer apparently had over Â£70 waiting to be claimed.