Itâ€™s a very quiet week for new releases, which of course can be attributed to a certain gaming expo thatâ€™s currently underway. E3 has provided us with two surprise releases however, both of which are available right now.

Featuring Frank, Chuck and other Dead Rising protagonists ‘cosplaying’ as various well-known Capcom characters, it well and truly puts the daftness back into the franchise. Power-ups, bright colours, ridiculous super moves – Capcom hasnâ€™t held back at all. Still not sold? It features a boss battle with a huge zombie M. Bison. 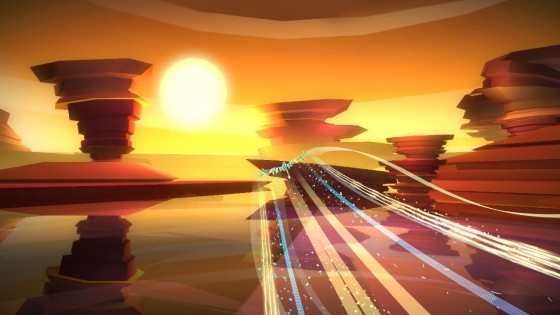 The delightfully abstract Entwined on PS4 is the second surprise release. This Â£6.49 download tells the tale of two animals in love – a fish and a bird. Alas, for their love is illicit. Nature cannot allow the two together, and so the lovestruck duo have to be kept apart via some graceful manipulation of the analogue sticks.

Reviews are starting to trickle through now, including a 9.0 from PSU and 4.5/5 from Hardcore Gamer, who called it â€œabsolutely exceptionalâ€.

Over on XBLA, side-scrolling platformer Blood of the Werewolf makes a surprise appearance. This colourful Castlevania-alike will set you back a mere Â£5.59. Reviews of the PC version were mostly favourable, even if some critics found the difficulty level a tad too challenging.

As for retail releases, there are just two this week. Well, three if you class Inazuma Eleven Go: Light and Inazuma Eleven Go: Shadow on 3DS as two different games. Level-5’s latest football RPG has gone down well – as reported in our weekly eShop round-up, The Official Nintendo Magazine handed out 80%, claiming that it keeps the series on top form, while Pocket Gamer said that its problems are easy to look past. 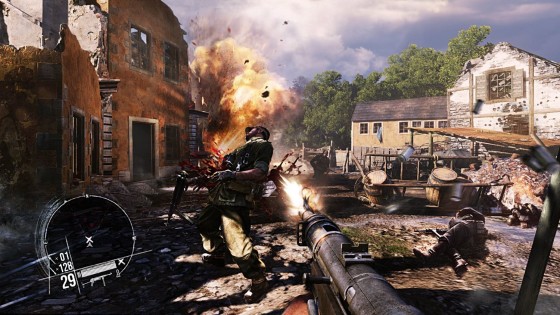 This leaves us with Enemy Front on Xbox 360 and PlayStation 3. This CRYENGINE-powered shooter is being co-published by Square-Enix and CI Games. The fact that CI Games are best known for the Sniper: Ghost Warrior series has us slightly worried. There are no reviews just yet either, which too is discouraging.

Despite all this though, it may actually do quite well in next weekâ€™s chart. If the mediocre Murdered: Soul Suspect can make the UK top five during a slow week, then just about anything can.