If youâ€™re able to tear yourself away from Mario Kart 8 for a few hours, two new Wii U games are heading to the eShop this week.

The first is something of a surprise – 505 Gamesâ€™ zombie-ridden How to Survive. Although it was officially announced for the Wii U alongside the PSN and XBLA versions – and has always had a rough 2014 release date – we pretty much assumed that it had been canned as 505 Games has been suspiciously quiet about it. Presumably, then, they were saving it for after Mario Kart 8â€™s system selling launch. 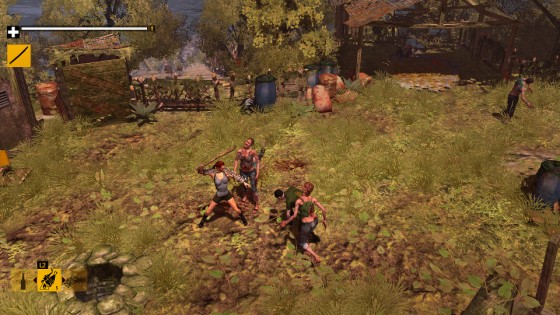 Reviews were lukewarm when it was released during October last year – the Metacritic stands at 60% on Xbox 360 – and as such we suggest thinking long and hard before coughing up Â£12.59 for it. This Wii U version is missing online play too, although there is local co-op play.

The second release isnâ€™t strictly â€œnewâ€ as we previously said – itâ€™s a Virtual Console release of Wario Land 4 (Â£6.29). The 2D platformer was a relatively early GBA release that proved to be a steady seller during the handheldâ€™s life. Itâ€™s a darn sight better than the DSâ€™s Wario: Master of Disguise – a rare Nintendo clanger. Now thereâ€™s a game we regretted importing.

Over on 3DS Tomodachi Life leads the way, arriving on Friday for Â£34.99. Weâ€™re unsure if thisâ€™ll prove popular outside of Japan – this curio may be a little too eccentric for western tastes. It has managed to get digital tongues waggling on Twitter though, which is an encouraging sign. There has been plenty of promotion via YouTube too.

Thatâ€™s joined by another thatâ€™s heading to retail on Friday – Farming Simulator 14, priced at Â£29.99. The last 3DS iteration received a critical mauling. We play games to escape the chores of life. Not the other way around.

Then thereâ€™s abstract puzzler Color Zen (Â£2.99), a Virtual Console release of the NESâ€™s Super Dodge Ball (such Â£3.59) and a DSi release of Jewel Match (Â£4.49/ 500 Nintendo Points). Itâ€™s worth pointing out that Color Zen was also released on Wii U a few weeks ago.

Namco Bandai provides the bulk of discounts this week. PROJECT X ZONE on 3DS for Â£13.99 is probably the “best” deal, although PAC-MAN and the Ghostly Adventures for Â£16.29 on Wii U and Â£14.19 on 3DS might be of interest to some.

The rest are licensed guff – Ben 10, Power Rangers, Adventure Time: Explore the Dungeon, The Croods, Turbo: Super Stunt Squad and such. Prices vary from Â£6.69 for the older titles to Â£12.19 for the newer ones.

Remember kids, a bad game will always be bad game no matter how cheap it is.