Ubisoftâ€™s unveiling of Watch_Dogs brightened an otherwise dull E3. Their futuristic rendition of Chicago impressed many while the protagonist’s ability to hack into just about anything with a computer chip promised true innovation. There was also an intriguing air of mystery surrounding it – this is something that seemingly came out of nowhere, from a publisher whose future plans were once frequently leaked online.

That was two years ago. Since then Ubisoft have released new trailers on what would appear to be a monthly basis, detailing every single aspect, from the alternate reality mini-games to the contents of the season pass. With missions often focused on exposing corporate secrets, itâ€™s kind of ironic that by the time Watch_Dogs’ release date neared Ubisoft had revealed pretty much everything it had to offer. Unveiling the Spider-Tank mini-game strikes us as an odd decision in particular. Discovering first-hand that itâ€™s possible to stomp around the city in a metal monstrosity would have been a brilliant surprise, had Ubisoft chosen not to let that proverbial cat out of the bag way before the gameâ€™s release. This overexposure uncomfortably ties into the fact that from start to finish Watch_Dogs delivers few surprises. In a way, weâ€™re jealous of those who chose to ignore Ubisoftâ€™s relentless marketing. 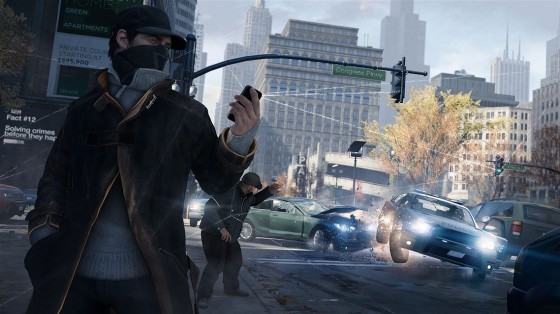 Aiden Pearceâ€™s story is one of revenge, and as he attempts to discover who killed his daughter and put the rest of his family in danger he soon finds himself caught in Chicagoâ€™s criminal underworld. Due to having a â€˜ctOSâ€™ networking system installed, the bustling city has recently become the most technologically advanced in the world. Cameras are on every street corner, intended to keep the population safe by tracking their every movement. Aiden Pearce and his fellow hackers are keen to exploit this system for personal gain, using nothing more than a standard mobile phone to access information and control electrical devices as they see fit.

Aiden is perhaps the most prolific hacker of all, known by the media as â€˜the vigilanteâ€™. Even though his moral compass points to neutral when first stepping into his shoes, itâ€™s hard to see him as anything other than an antagonist. As the story unfolds, even Aiden himself starts to become aware of this.

The steady introduction of new characters sadly isnâ€™t enough to make the story a gripping one. If this were a movie it would be the kind where you start to doze off around halfway, waking only when a large explosion or police chase occurs. Unlike a movie though, Watch_Dogs has a runtime of around twenty hours. To say that the plot is drawn out would be an understatement, with Act II in particular feeling incredibly padded. By this point the fundamental hacking skills have been unlocked and explained – including changing traffic lights, hacking ATMs and causing electrical explosions – but far too many missions simply entail hacking into video cameras and then â€˜ridingâ€™ them until reaching the room containing the device youâ€™re required to hack. A few missions can even be completed this way without stepping foot into enemy territory. 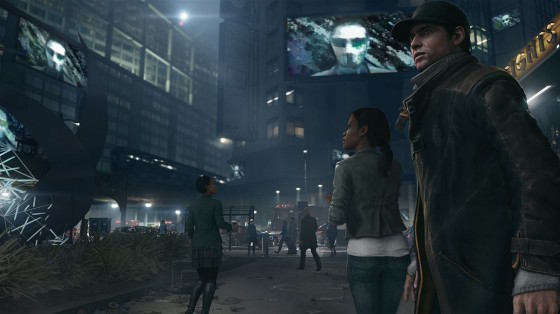 This is where a pleasing similarity with Ubisoftâ€™s own Far Cry 3 lies – youâ€™re given the tools and allowed to complete missions as you please. Itâ€™s entirely possible to go in all guns blazing, lobbing handmade explosives and causing blackouts via the magic mobile. Chances are though that you wonâ€™t get very far. Aiden is a mere human after all, and thus unable to take more than a few bullets. Enemies are also quick to call in reinforcements, although it is possible to scramble their signals temporarily.

As most restricted areas are heavily guarded, itâ€™s best to try and take down as many enemies as you can before making yourself known. Cargo crates can be dropped onto hapless foes below, gas pipes ruptured and guards distracted by lures that play animal noises and such. Dozens of missions end with a car chase, and likewise the hacking abilities assist no end. At the press of a button traffic lights can be changed, bridges raised and steam pipes forced to explode. Every action drains the phoneâ€™s battery, so itâ€™s a good idea to use hacks sparingly. Fortunately thereâ€™s an indicator to inform if thereâ€™s a chance to â€˜neutraliseâ€™ an enemy. To begin with, causing enemy vehicles to collide with traffic is mildly amusing. When youâ€™re approaching the grand finale some 20 hours later though, and yet still using the same old traffic light hacks and whatnot to evade pursuers, you canâ€™t help but think that Ubisoft havenâ€™t quite delivered on their promise of a fully exploitable city. 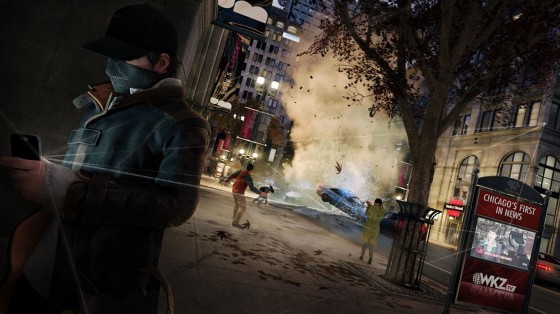 Visually, itâ€™s the epitome of a nice looking game. Textures are sharp and detailed – if a little washed out in places – while smaller things such as the water effects and electrical explosions impress. Like the real deal, Chicago is huge – missions take place in the suburbs, deep inside the city, in abandoned industrial estates, and for a brief period out in the country. For us, this is where Watch_Dogs peaked – exploring the quaint countryside town of Pawnee while driving down narrow country roads made a pleasant change from the city’s abundance of featureless high-rise skyscrapers. Thankfully the licensed soundtrack makes driving around Chicago seem somewhat less of a chore, and a fine job has also been achieved on making the city feel alive. Tramps beg on the dirty city streets, drunks urinate in alleys, children play football in the park and gangster teens can be found freestyle rapping on street corners. Speaking of gangs, crimes can be intervened in before they happen too, like something out of Minority Report.

There are plenty of other distractions at hand, ranging from missions to intercept convoys to tracking down human traffickers. Not all of these optional missions engage however, with most feeling like a chore. We tackled very few yet still had enough XP to unlock the majority of the skills and perks before the elongated end credits rolled. The previously mentioned alternate reality mini-games fare immeasurably better, even if they do appear to be last minute inclusions to try and induce a bit of personality and humour into the proceedings. For the most part, Watch_Dogs is incredibly straight-laced. 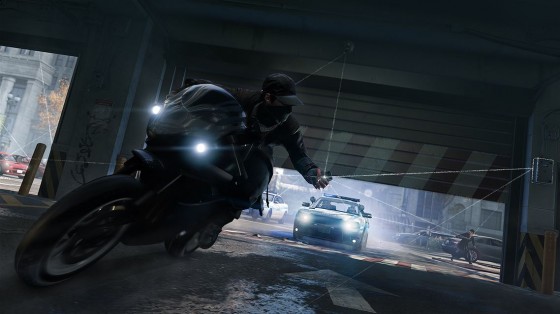 At least the online functions are incorporated seamlessly. Prompts appear throughout from players requesting online races and other pursuits, each improving your â€˜online notorietyâ€™ if you win. The best online distraction by far is the invasion mode – a random player can enter your world and begin to hack your device. You then have two minutes or so to track them down and kill them. Most players seem to favour hiding on top of buildings rather than blending in with crowds. With the search radius relatively small, youâ€™ll have to be incredibly ballsy to stand out in the open. Another likeable online function is a faux Foursquare-style app that allows you to check-in at different locations and leave gifts for random players.

If you want to see and do everything on offer youâ€™re probably looking at a good 30+ hours of play. As we said previously though, the story feels padded out and the optional missions can be tiresome. This problem extends to the main campaign – for every memorable mission, there are two thatâ€™ll simply have you messing around with video cameras like a minimum wage store security guard. Ideally, Ubisoft should have cut out the stock â€˜fillerâ€™ missions, to focus on making the optional pursuits more entertaining.

The lofty highs are just a hairbreadth away from delivering on its full potential. They really are. Free of last-gen shackles, Watch_Dogs: The Sequel could be a marvellous thing.