Ð¼Ð¸ÐºÑ€Ð¾Ð·Ð°Ð¹Ð¼ Ð½Ð° Ð±Ð°Ð½ÐºÐ¾Ð²ÑÐºÑƒÑŽ ÐºÐ°Ñ€Ñ‚Ñƒ3.66 million people in the UK alone watch The Cube on their googlebox. Weâ€™ve only ever caught passing snippets of the Schofield starring game show while channel flicking, but even so that was still enough to convince us that itâ€™s better suited to a videogame treatment than the likes of Deal or No Deal and Golden Ball. Try as we might, we fail to forget that both of those were turned into almost full-price titles. 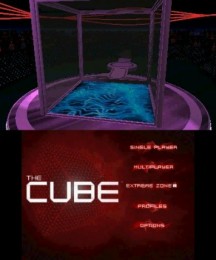 Thereâ€™s no Philip Schofield here, but otherwise presentation is neigh identical to the show right down to the booming Dalek-like voice of the narrator and the neon hues of the set itself.

FMV clips demonstrate each challenge, and with 33 included theyâ€™re higher in number than expected.

During the single-player mode they appear in random order, which goes a long way to preventing both frustration and tedium as you attempt to win a potential virtual Â£250k.

Itâ€™s also possible to walk away with whatâ€™s currently in the kitty at any time, although with no actual money at stake you may as well go for broke every single time.

The majority of mini-games are simple yet elegant tests of reflex, such as releasing a ball off a steep slope and then catching it between two pins via a well-timed button press, or touching one of the 3DS’s shoulders button within 0.5 seconds of a box on the touch-screen illuminating. 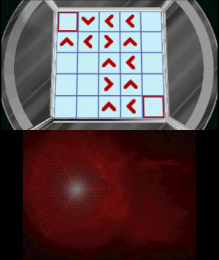 A few are designed to test memory while rest are mostly physics-based, including aiming balls into cylinders or through plains of glass with just one bounce off the floor. These challenges do however seem to boil down to luck rather than skill.

Perhaps itâ€™s a good job that not only do you start with 9 lives but itâ€™s possible to simplify a game of your choosing for just one attempt.

A couple of multi-player modes have also been thrown in for good measure – one turn-based and another thatâ€™s a â€˜best of sevenâ€™ against randomly chosen challenges. An unlocakable ‘Extreme Mode’ meanwhile adds a vastly increased difficulty level, albeit only for five of the challenges.

The Cube was first released on 3DS back when the show had a much bigger buzz around it, but it has only just been added to the ever growing 3DS eShop. At a vastly reduced price of Â£7.19, itâ€™s recommended to those looking for something to fritter a few minutes away during commutes or liven up those bleak lunch breaks spend huddled in the canteen rather than outside.