American gamers have had their beloved PlayStation 4 consoles for a few weeks now, thus giving those living outside the US an early heads-up about to what expect from the launch titles.

Killzone: Shadow Fall follows suits from the rest of the games in the series – oh so pretty, but lacking any true innovation.

As such reviews have been mixed – everything from 5.0 from Polygon to 9/10 from Destuctoid. Most critics agree though itâ€™s a good showcase for the PS4. As launch titles tend to go, we donâ€™t think you could ask for much more.

Donâ€™t expect much from Knack and you wonâ€™t be disappointed either. This is intended to be a family friendly title, likened to Crash Bandicoot by more than a few. Some reviewers found solace in its simplistic platforming ways, but others felt it was beyond dated. Again, scores were mixed. You can probably bank on this one dropping in price quickly, should that help your purchasing decision.

Did the PS4 really need a family friendly title when it already has LEGO Marvel Super Heroes and Skylanders Swap Force? Perhaps – these two donâ€™t quite show off the system in the way that Knack does. Regardless, theyâ€™re safe launch-day purchases.

Rest easy knowing that you wonâ€™t be disappointed with taking any of the following home either – Need For Speed Rivals, Assassinâ€™s Creed IV, Battlefield 4, Call of Duty: Ghosts, Injustice: Gods Among Us Ultimate Edition, FIFA 14, NBA 2K14 and Madden NFL 25. All of these have proven to be great on other formats, although we didnâ€™t quite enjoy the latest Call of Duty as much as we first envisioned.

As we reported on Monday, NBA Live 14 and Angry Birds Star Wars were the worst selling Xbox One launch titles. We expect thatâ€™ll be the case on PlayStation 4.

Putty Squad is another of questionable quality – a HD remake of an unreleased Amiga game from 1994. The Â£13.99 PSN price tag – compared to the Â£21.99 asking price on Amazon for the retail version – might save it from slipping into further obscurity.

System 3 are also releasing Pinball Arcade, which IGN really enjoyed. To quote: â€œThe first tableâ€™s free, so thereâ€™s no excuse; this is a must to downloadâ€

Stylish shooter Resogun is another must have, not to mention currently the highest rated PS4 title on Metacritic. If youâ€™re a PlayStation Plus member itâ€™s available for free, along with the 1920â€™s Parisian adventure Contrast which has been well received. 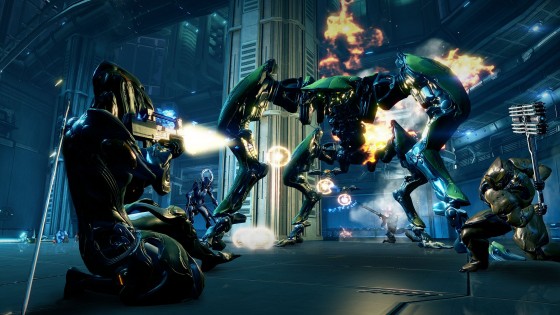 WWII fight-sim shooter War Thunder, Warframe – from the developer of The Darkness II and Dark Sector – and DC Universe Online are also free-to-play on PSN and confirmed for launch. They will soon be joined by Blacklight: Retribution.

Hopefully the servers will be able to cope with the influx of people buying a PS4 this weekend.

Wii U owners have something to show off their console with too, and just in time for the consoleâ€™s first year anniversary in Europe.

Super Mario 3D World has delighted just about all those who have played it. Those whining that itâ€™s too easy are mistaken – later levels ramp up the difficulty, while there are loads of deviously designed extra modes to unlock.

We were a little cautious of it when it was first announced, having much rather had a new Mario Galaxy or something else entirely, but over the past couple of months Nintendo has managed to win us over.

If any game is going to turn the Wii Uâ€™s fortunes around, itâ€™s this one. Or a brand new Zelda, we suppose.

Just like last week, the only other games out at retail are licensed affairs – One Piece Romance Dawn and Power Rangers: Mega Force on 3DS, along with the budget-priced Young Justice: Legacy on Xbox 360 and PS3. Wii U and 3DS versions of this superhero scrolling brawler were planned but have seemingly mysteriously vanished.

Itâ€™s strange to think that a game starring both Superman and Batman can go under the radar unnoticed, isnâ€™t it? We wonder whyâ€¦ 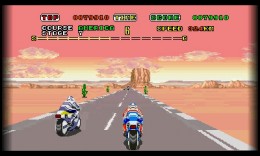 Then over on the 3DS eShop there are the first of a few 3D Mega Drive re-releases, in the form of 3D Super Hang On and 3D Space Harrier. With the far greater paring of Sonic and Shinobi III around the corner, we suggest holding off for now.

Weâ€™ll no doubt be giving them a closer look soon, if only because after next week thereâ€™s almost nothing out for the rest of 2013.