Itâ€™s a slightly subdued week for new releases – just two major titles, along with a handful of smaller games and a few Wii re-releases. The coming few weeks are crammed with new things to play though – unless Amazon is mistaken, twelve new titles are out next week alone.

Skylanders Swap Force leads the way this week, available on PS3, 360, Wii, Wii U and 3DS. PlayStation 4 and Xbox One versions will follow later.

This is the first in the series to be developed by Vicarious Visions, who apparently started work not long after their 3DS version of DJ Hero was canned. A shift in developer has resulted in Swap Force feeling rather fresh, with the major innovation being the ability to swap body parts between certain Skylanders. Thereâ€™s no sign of â€˜franchise fatigueâ€™ claimed GameInformer in their 8.5 review. The Metro meanwhile reports that it’s one of the best sequels of the year, giving out a glowing 9/10. 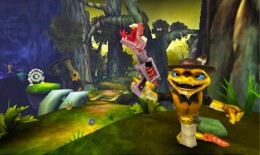 The 3DS version hasnâ€™t been quite as well received. IGN thought it acceptable but nothing more, handing out a 7.1, while the Financial Postâ€™s Post Arcade struggled with the camera and didnâ€™t approve of the lack of co-op. They gave it 5.5.

Oddly, during the 3DS version the Skylanders cannot be summoned at any time – only in certain areas, such as the gameâ€™s hub. Once placed on the portal though theyâ€™re saved into the game, so that the figures don’t have to be carried around.

The second major release? Thatâ€™ll be Sonic Lost World. The Wii U version is available for around Â£30 online, while the 3DS version slightly less than that. Thereâ€™s a handy price round-up here at Sonic Stadium. 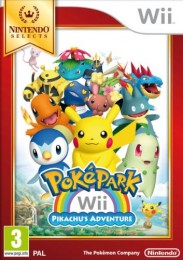 Then we have those aforementioned Wii re-releases – Super Smash Bros. Brawl, Mario Kart and PokePark – Pikachu’s Adventure are now available (again) for Â£19.99. Mario Kart is minus the steering wheel accessory now though.

Air Conflicts Vietnam on PS3, 360 and PC finishes off the retail side of this round-up. Quite possibly breaking their own release date in the process, it was added to Xbox Games on Demand earlier in the week for Â£34.99.

Sticking with Xbox 360, twin-stick shooter HEXODIUS is this weekâ€™s only XBLA release. It may be joined by mildly impressive looking first-person shooter Alien Rage on Friday, although we canâ€™t be certain on that.

Over on the Nintendo eShops thereâ€™s City Connection on 3DS VC for Â£3.59, plus Urban Champion and Clu Clu Land on Wii U VC for Â£3.49 each. Also of note: the excellent SteamWorld Dig is getting a temporary price drop for this week only, down from Â£8.99 to Â£6.39.

Finally, Angry Birds Trilogy flies onto PS Vita via PSN for a frankly absurd Â£34.99, while The Last of Us receives its first piece of DLC – the Abandoned Territories Map Pack, priced at Â£7.99. The trailer for it is available here.