Climax Entertainment’s crash ‘n’ smash driving series Runabout is one that few people have heard of and even fewer have actually played. It’s a little odd considering that this week sees the release of its fifth instalment. 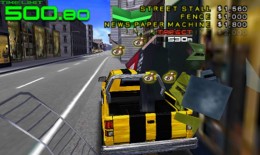 That said, perhaps being unheard of isn’t all that odd. Of the five Runabout games to be released since the series’ PSone debut in 1997, two of them have been released under different names. The original was renamed as Felony 11-79 in the West, while the upcoming 3DS rendition is known as Crash City Mayhem rather than its Japanese moniker Runabout 3D: Drive Impossible. We assume publisher Ghostlight thought the new name would turn a few more heads. The ‘impossible’ part of that title does sound a little off-putting, doesn’t it?

When looking through the review scores the various games in the series have received over the years, we quickly noticed something rather strange – every single one has gained mixed reviews. We’d wager this is because Runabout isn’t a series to everybody’s taste, due to arcade-style time limits. 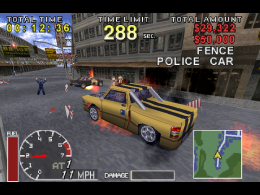 Starting as it probably didn’t mean to go on was Felony 11-79, published by ASCII Entertainment Software (aka Agetec). The objective-based racer was visually quite accomplished for a relatively early PSone title, and the focus on destruction managed to find it a fair few fans.

IGN’s review is still up, in which it was given a 7.0. “Ascii has taken destruction to heart, combining it with cool vehicles and high speeds, resulting in an immediately satisfying game” they said, before pointing out that it was rather on the short side. Other reviewers though seemingly couldn’t look past its shortness – it wheeled off with a 60% from PSM magazine, who claimed that “Felony is one of those games you can finish in a weekend, leaving you wishing for Felony 2”.

They certainly had a wait on their hands for the sequel. Runabout 2 – as it was known worldwide – was released in Japan in 1999 but didn’t make it out to the US until 2000, and then took another three years to arrive in Europe in 2003. In fact, in the time it took Runabout 2 to make it to Europe, Super Runabout: San Francisco Edition on Dreamcast was both developed and released, making its arrival in 2000 in all three territories. 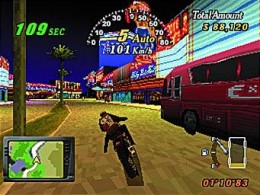 It was budget publishers Midas Interactive who handled Runabout 2 in Europe. If you’re familiar with the publisher you should know that the majority of their titles left a lot to be desired. That wasn’t quite the case with Runabout 2 though. To be brutally honest, it was one of the best games they ever published. The Official PlayStation Magazine, which was nearing its final days at the time, awarded it a 7/10. We’re pretty sure we reviewed it too and gave it the same score, although our review doesn’t appear on the site any more and time has clouded our memory. We what we do recall though was that it was a full price game elsewhere in the world, and so for the £9.99 Midas Interactive were asking it was something of a bargain.

Incidentally, a company called ‘Hot B’ published it in the USA and tagged on the rather cringe-worthy subtitle “You own the road!” They also provided some new box art – the yellow muscle car which the majority of the games in the series featured on the cover, presumably for brand recognition purposes, was replaced with a red sports car.

Super Runabout: San Francisco Edition on Dreamcast is perhaps the most liked Runabout, and its easy to see why. The Dreamcast was renowned for its library of instantly gratifying arcade titles, and so Super Runabout was a perfect fit. Most reviewers likened it to Crazy Taxi due to its similar against the clock nature and focus on smashing your way through traffic and down cluttered alleyways. 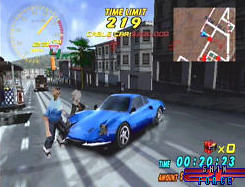 This time round there were two campaign modes to play through – one featured a courier service known as ‘San Francisco Motors’ which was run by Pop, an old man struggling with a loan payment, alongside his streetwise daughter Shirley. The second featured two cops, Brandon and Radman, who were out to bag a promotion.

The US version received several improvements over the Japanese version – known simply as Super Runabout – including a stabler frame rate, reworked collision detection and better vehicle handling. We’re assuming here that US publisher Interplay spotted these faults and asked Climax to rectify them before release. This led to the improved version eventually being released in Japan, where it kept the US subtitle. 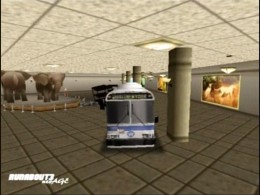 Runabout 3: Neo Age then made its appearance on PlayStation 2 in 2002 in Japan, and 2003 in Europe. If you’ve been playing attention you’ll know that was the same year the PAL version of Runabout 2 released. Believe it or not there was just six months between Runabout 2 and 3 in Europe. This one didn’t receive a US release, and like before there were two different publishers – the brilliantly named ‘Hearty Robin’ in Japan and the now defunct ‘Bam! Entertainment’ in Europe.

Bam! usually made their money from Cartoon Network licensed games and the occasional movie tie-in, so to see Runabout 3 in their line-up was a bit of a surprise. Perhaps they saw sales potential after observing Famitsu dished out a respectable 31/40. As well as vastly improved graphics over what we’d seen before, Neo Age added drifting elements and let players keep tabs on their vehicle-jumping distances and speed records. New York provided the setting – we get the impression that Climax had started setting their series in American cities after Runabout 2, as this made US publishers easier to woo. 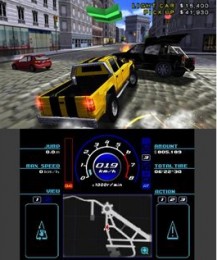 Ten years passed until Runabout 3D: Drive Impossible smashed into Japanese stores in 2012, where it became the first Runabout not to be developed by Climax. Instead, development was handled by Rocket Company, who had worked on the Medabots RPG series in the past along with an array of casual DS and Wii titles.

This is the version of Runabout that’s being released by Ghostlight on the 3DS this week, and is reported to be published by Majesco in the US. At the time of typing the Official Nintendo Magazine is the only place to review it, where it was given a not too shabby 75% and praised for its “shamelessly ridiculous driving fun”. Like the 1997 original, shortness is an issue. Hopefully the fact that it’s a less-than-full-price release should compensate for this slightly.

What’s next for Runabout? We’re hoping for an XBLA/PSN/eShop rendition. There’s always room for a crash ‘n’ smash racer on the download services, if you ask us.