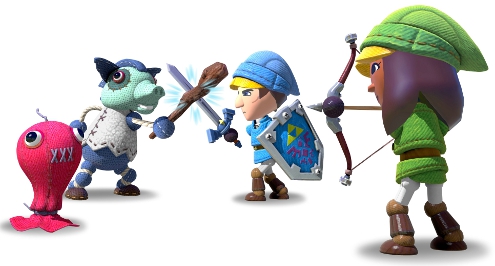 With hardly any new releases out last week, itâ€™s no surprise that this weekâ€™s UK top 40 isnâ€™t exactly brimming with activity.

The top ten is almost unchanged – Call of Duty: Black Ops II on top, followed by Far Cry 3, FIFA 13, Just Dance 4 and Assassinâ€™s Creed III. Then we have Hitman: Absolution, Halo 4, Need for Speed: Most Wanted and LEGO Lord of the Rings.

Sonic and All-Stars Racing Transformed is the weekâ€™s biggest riser, going from #24 to #16. This could be partly down to the PS Vita version being released, which arrives at #6 in the PS Vita chart.

The Wii U launch titles are the biggest fallers. Nintendo Land has dropped all the way from #11 to #26 while New Super Mario Bros. U drops from #14 to #36. ZombiU â€“ the only other Wii U game to make the top 40 last week â€“ has left the chart already.

Paper Mario: Sticker Star has got off to a very bad start too, flopping in at #40. It enters at #5 in the 3DS chart, behind the likes of the year old Mario Kart 7 and Super Mario 3D Land.