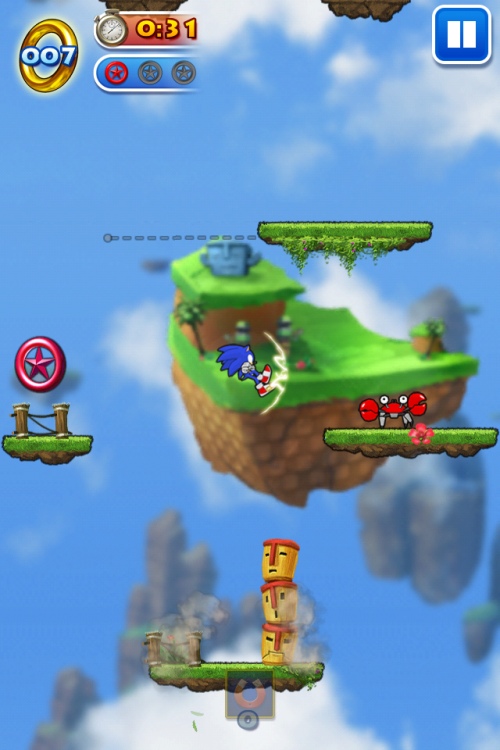 Dick: “Ah, no, the original Sonic Jump was released for non-smart phones back in 2006, pre-dating Doodle Jump by a good three years.”

Functionally, there’s nothing wrong with Sonic Jump. Jumping is automatic, tapping to double jump is accurate, and the tilt controls perform perfectly well.

But I had virtually no fun playing it. The graphics are nice and colourful, but lack anything to make you smile. The level design is bland, the music joyless.

The stages typically take less than a minute to complete, yet seem so much longer, because you come across so little that’s remotely distinctive. The zones – three of them at the moment – have 11 acts before the boss, which seems never-ending. There’s too little imagination stretched too thinly.

Even when things do change – new types of platform, for example – it doesn’t get more interesting. It doesn’t even get less interesting, or frustrating, or in any way different. It just feels like more of the same.

It’s Sonic, but he’s dead inside.