There was a bit of apprehension in the air before writing this list. Our line of thought was that by writing about undesirable games this article itself would become one that people would choose to avoid reading.

If you’re reading this then thankfully that isn’t the case.

Presenting eight games that are so undesirable, you wouldnâ€™t even want them in your collection if you were offered them for free.

THQ slipped this out during a busy Christmas period. Come January it could be found for Â£5; now itâ€™s available for 50p in CeX. Got a copy to sell? They’ll give you ten whole pence.

THQ did in fact send a copy to us to review, where we pointed out that the questions asked were ridiculous. â€œWould you like to be able to dunk for $5,000?â€ one of them said. We assumed that the developers meant basketballs, and not Digestive biscuits.

The Xbox 360 headset couldn’t be used either – we had to go out and purchase a Rock Band microphone in order to play it. Thankfully it did boost our Gamerscore somewhat.

‘N Sync: Get to the Show (Game Boy Color)

Jack Blackâ€™s character in Brutal Legend showed us that being a roadie can be quite an exciting job. Being part of the crew for boy band â€˜N Sync is anything but exciting if this game by Infogrames was anything to go by.

The first mission put you in charge of the bandâ€™s limo while Justin Timberlake ordered you to stop at various shops to pick up items. â€œWe need some stamps,â€ he would yell. Judging by the art direction, â€˜N Syncâ€™s home state of Florida clearly looks just like Bedrock. Yabba dabba do!

When stores cleared out their stock to make way for the Game Boy Advance, this was one of the games they had trouble shifting. New copies can even be found on eBay and Amazon.

Sonyâ€™s Spice World game must have sold reasonably well, as we often see it in charity shops and at car boots. Other games based on bands were less popular, such as this rather late release. Westlife Fan-O-Mania was a quiz with video clips and a few extras for fans.

â€œAudio of the guys facing all the difficult questions,â€ claimed the back of the box. Like why they all look so pouty on the front cover? Or how many oil slicks were caused by the bandâ€™s hair gel when they went swimming?

Horoscopes are available for free on Twitter. We know this because occasionally some idiots retweet them, obviously thinking that every single person following them is the same star sign as they are.

In fact, typing â€˜free horoscopes’ into Goolge brings up 189,000,000 results. Why pay for something you could get for free? Well, people didnâ€™t. Russell Grant’s Astrology is a ‘game’ that can be found covered in dust in most game stores.

Perhaps it would have sold better if it was Russell Brandâ€™s Astrology. â€œToday youâ€™re going to get so smashed off your face that youâ€™ll agree to provide the voice for a childrenâ€™s film about the Easter bunny.â€

Even Activisionâ€™s Nintendo DS editions of Guitar Hero – which came with a guitar grip accessory – didnâ€™t sell as well as hoped, so you can imagine how this game designed to ride on its success sold. Not very well, is the answer. The dull boxart probably didnâ€™t help matters either.

Weâ€™ve even seen this one bundled with a free DS carry case in Toys R Us in order to help shift copies surplus. 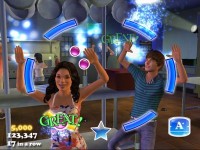 Frankly we do not care.

If it wasnâ€™t for postage costs, you could by the DS, Wii and PS2 version on Amazon marketplace for the combined price of 3p. The 360 version is the most expensive of the lot at Â£1 which we guess is due to some people wanting it for easy achievements. These people should hang their heads in shame.

We had to get a Phoenix Games budget game in here somewhere. We chose this horrible looking cartoon thing not just because of the eye-offending artwork, but because itâ€™s the cheapest Phoenix Games title to be found on Amazon. A sure sign of its undesirability.

The artwork is so ugly that we wouldnâ€™t be surprised if it gave children nightmares. These cartoons werenâ€™t drawn by Phoenix Gamesâ€™ developers but rather purchased from an outside company, Dingo Pictures, who also release them on DVD.

You can hire Dingo to produce movies for special occasions. Weâ€™d wager that theyâ€™d create a full length animated movie for the price of a new set of felt tip pens and a couple of cans of Red Bull.

Pop Idol â€“ a singing game where the player doesnâ€™t have to sing, but instead match up buttons on the screen. In somebodyâ€™s mind that made perfect sense.

To be fair it would have been very hard to implement singing in the Game Boy Advance version. And it would have no doubt caused many parents to resort to sticking cotton wool in their ears.

This unedited Amazon customer review sums it up quite nicely: â€œThe scoring system doesnt seem to work that well. It seems to rely on what you wear and what you sing and how well you sing it. I went out on stage wearing brown cordroy trousers, a purple shirts and a white sports jacket. I got full marks for appearance. It doesnt really make all that much sense really.â€