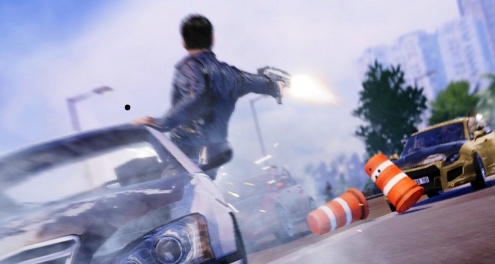 After a dull few weeks with very little being released we finally have some exciting stuff upon us.

If Square-Enixâ€™s Sleeping Dogs had turned about to be poor no doubt the creatively void journalists out there would be reeling out lines like â€œThis dog should have been put to sleepâ€ and â€œEvery dog has its day, but not this oneâ€.

Thankfully though reviews have been full of praise. It sounds like it has much in common with Saints Row 3 â€“ itâ€™s loads of fun but missing the polish which GTA games usually have. The first two reviews to surface were from the official magazines – both Official PlayStation Magazine UK and The Official Xbox Magazine gave it a 9/10. Once the embargo was lifted on Tuesday a few more reviews appeared such as Play magazineâ€™s 80% and Eurogamerâ€™s 7/10. EDGE didnâ€™t enjoy it quite as much, however, giving it a 6.

Then we have New Super Mario Bros. 2 for 3DS. Having read a lot of reviews it would seem that if any another publisher released it, it would be getting a string of 9s but when compared to Nintendoâ€™s own efforts (Mario Land 3D in particular) itâ€™s ‘only’ worth a 7 or 8. To be given a 2D Mario game after Mario Land 3D does feel a bit of a step backwards, and letâ€™s not forget that New Super Mario Bros. Wii U will be upon us soon too. At least Nintendo has tried to make it different from the last two NSMB games. This one has a focus on collecting coins â€“ there are loads of them all over the place. Not wanting to sound cynical again but you have to wonder if this would have worked better if it were a Wario game. Wario is the money grabber in Nintendoâ€™s family, after all.

Reviews include a 7/10 from Spong, 8/10 from Eurogamer and 80% from Nintendo Gamer. If you pre-order it from GAME youâ€™ll get a shiny little cart case. If you canâ€™t be bothered to leave your house then you can download it from the eShop but at Â£39.99 youâ€™re paying for the convenience more than anything.

Also hitting 3DS is the catchy named Sudoku + 7 Other Complex Puzzles by Nikoli. It contains the excellent Slitherlink so donâ€™t be writing this one off so soon.

Microsoftâ€™s â€˜Summer of Arcadeâ€™ promotion ends on a high this week with Dust: An Elysian Tail. Itâ€™s a swish looking 2D action RPG which features cameo appearances from other XBLA game characters. Reviews have been very positive such as The Official Xbox Magazineâ€™s 9.5 and IGNâ€™s 8.5.

PlayStation owners on the other hand finally get Sound Shapes â€“ which we havenâ€™t heard a bad word about â€“ and Papo & Yo, which lets you explore the slums of South America via a child’s imagination. Itâ€™s more mature than you may expect – the main character visits their fantasy world to escape the fear of their fatherâ€™s substance abuse. Just like every other game mentioned this week reviews have been decent.

Next week is looking pretty good for new releases too, especially seeing as Darksiders II is being launched on Tuesday to tie-in with the US release.