News broke earlier today that EA are currently exploring the options of putting themselves up for sale. Thereâ€™s more on that story here and here, but what would happen in the unlikely case that the company was to sell off their IP and shut up shop for good? 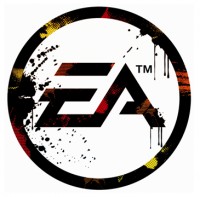 Because publishers are a predictable bunch, weâ€™re going to speculate our socks off.

FIFA and Madden are EAâ€™s crowning glories â€“ even with FIFA 13 almost upon us FIFA 12 is still in the top ten and likely to stay there until FIFA 13 is released. Microsoft and Sony would do very well for themselves by taking over the respective licenses and making these two system exclusives. SEGA would also be a shoe-in for FIFA as it would complement their Football Manager series. They could do great things with Command & Conquer too seeing as their PC series Total War shifts in incredible numbers.

Then thereâ€™s the first person shooters. 2K Games clearly wants to have a yearly war game franchise but the closest theyâ€™ve ever got to competing with Call of Duty and Battlefield is Spec Ops: The Line. Weâ€™re thinking that Battlefield may be too rich for their blood, leaving Medal of Honor as a more viable option. As for Battlefield, weâ€™d imagine that Activision would snag that franchise… and then do nothing with it. Itâ€™s the only game which has managed to dent Call of Dutyâ€™s popularity, so in other words theyâ€™d buy it just to kill off the competition. We can also see Activision behind the wheel of Need for Speed, churning out a new one every year and eventually running the franchise into the ground.

Crysis has Ubisoft written all over it â€“ Ubisoft love their technical showcases, as this year’s E3 proved. We’re not sure who’d bag Army of Two though as the series has never been seen as ‘Triple A’. It could end up in THQ’s price range, that one.

As for the Japanese publishers, Konami or Capcom would certainly be eyeing up Dead Space for their survival horror portfolio. Square-Enix on the other hand would have a battle with Bethesda over the rights for EA/Biowareâ€™s RPGs Mass Effect and Dragon Age. What a bloody battle that would be.

What of Nintendo? There are a few bits and pieces in EAâ€™s inventory that they may be interested in. Boom Blox, MySims and SSX all have a very Nintendo-like vibe.

The Sims itself? We reckon Zynga would love a piece of that seeing as theyâ€™re being sued at the moment for jarring similarities in their The Ville social gaming thing.

The smaller publishers would then be left to fight over the remains. Weâ€™d no doubt see â€˜rebootsâ€™ of Desert Strike, Road Rash, Theme Hospital and the like made on the cheap.

Although it does seem very outlandish to imagine EA being broken into bits â€“ and chances are itâ€™ll never happen â€“ we have in the past seen publishers’ collective works spilt up and sold. We recall being particularly excited to find out who wanted what from the 3DO and Acclaim estates when they went bust. Somebody even bagged the Army Men license and got a few more years out of it.