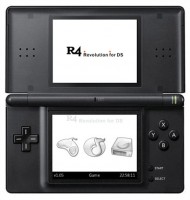 The other day I was listening to some games journalist go on about games piracy. His view was quite clear; ‘pirates are bad, don’t pirate games you wouldn’t buy, pay for your games or burn in hell scum’. I understand his view, though he like me gets the majority of his games for free via publisher PR departments, so to have such a strong opinion from such a position is a little strange.

However I was thinking of the other side of the argument. Not the usual lazy student side, where said layabout defends piracy on the basis that they wouldn’t have bought the product anyway (which is often true, and they’re only harming themselves by gaming instead of studying, so who really cares?). No, I’m talking about the argument for the ‘land of accepted open piracy’, otherwise known as my current abode Hong Kong (and the same applies to almost all of Asia outside Japan).

Here literally every Nintendo DS and PSP owner (and there are a lot: at least half a dozen per train carriage each morning, of every age and gender) owns an R4 cartridge or a similarly cracked PSP. That’s not an exaggeration – almost every single DS has a little R4 cart and SD card sticking out of the back, so much so that most shops sell the DS with an R4 cartridge bundled in.

In such a situation, what hope do the anti-piracy brigade really have? The thing is, in this case it’s their own sodding fault, because Nintendo insist on selling DS games in Hong Kong for HK$300-350 (Â£20-24, but add 30% once the US$ exchange rate normalises), which is the same price as a PlayStation 3 game and actually a fiver more than the typical Xbox 360 game here. And they wonder why the entire handheld gaming population is pirating their games here?

Microsoft are the only ones that have seen the big picture, pricing Xbox 360 games quite reasonably at HK$240-300 (Â£18 on average), but they do have to contend with the fact that their DVDs are easily copied unlike Blu-ray. Even still, it doesn’t seem like any of the big games publishers understand the concept of cost of living throughout the world. Whilst Â£20-24 doesn’t seem bad for a PlayStation 3 game, in a country where the average real salary is less than half that of western Europe, it’s a bit silly – it’s much worse in the rest of Asia where salaries are a mere fraction of the comparatively rich countries like Hong Kong and South Korea.

Seeing as software really is almost free to duplicate, it begs the question why have no publishers bothered to price their games reasonably in Asia or similar places? Selling ten times as many games for a tenth of the cost to Chinese gamers would be just a profitable as selling them in the USA or Europe. People are already buying the consoles here, they’re just not bothering to pay for the games, the simple reason being that they’re massively over priced. It seems just idiotic.

Of course, cheap games in Asia might threaten to flood out to the western markets, but Sony and Nintendo seem to like cracking down on exporters already. In the future we’ll be seeing more games as digital downloads, and they’re a piece of piss to enforce region restrictions on – just like how the BBC only allow people inside the UK to watch their iPlayer (the bastards!). The exact same argument applies to the film market too. Will either of them learn? Probably not soon enough.