When compiling our multi-format new release round-ups we observed publishers and indie developers keeping their releases away from such big hitters as Red Dead 2, Black Ops 4, and AC Odyssey. Over in camp Nintendo, it appears nobody wants to get in the way of the almighty Pokemon – thereâ€™s roughly half the amount of eShop releases as usual.

While the Switch does gain a reasonable amount of full prices releases, thereâ€™s a small catch â€“ most are of questionable quality. Weâ€™d imagine Bass Pro Shops: The Strike, Cabela’s: The Hunt, Bibi & Tina â€“ Adventures with Horses, and fellow equitation adventure Windstorm struggle to justify their hefty price tags, with the first two mentioned arriving at Â£44.99. 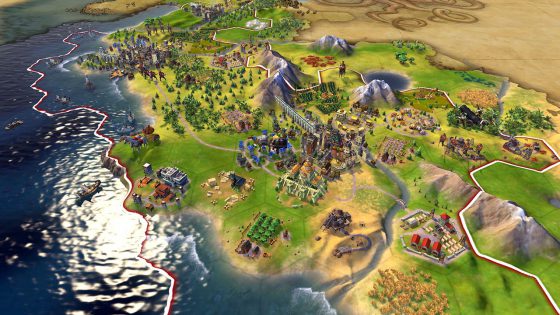 The rest of the full-price releases are worth a look, thankfully. Sid Meier’s Civilization VI gained a stonking 9.4 from IGN, SNK 40th ANNIVERSARY COLLECTION is a genuine labour of love â€“ US developer Digital Eclipse even travelled to Japan to tracked down rare arcade cabinets – while Trailblazers is an arcade racer borrowing ideas from Splatoon.

Then, of course, thereâ€™s Pokemon Letâ€™s Go. Critics are seemingly in agreement that itâ€™s accessible enough for newcomers, but also has enough depth for franchise veterans. â€œPokemon Let’s Go is a superb surprise, a fully-fledged Pokemon RPG with interactivity that brings the series to life in a way that’s never been done before,â€ said GamesRadar. 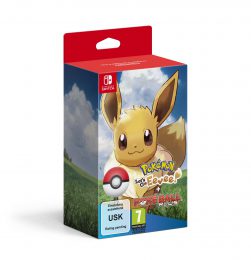 Sid Meier’s Civilization VI – Â£44.99
Originally created by legendary game designer Sid Meier, Civilization is a turn-based strategy game in which you attempt to build an empire to stand the test of time. Explore a new land, research technology, conquer your enemies, and go head-to-head with historyâ€™s most renowned leaders as you attempt to build the greatest civilization the world has ever known.

SNK 40th ANNIVERSARY COLLECTION – Â£35.99
2018 marks the 40th anniversary of legendary studio SNK! To celebrate this extraordinary milestone, a variety of classic arcade games from SNK’s golden age are coming back together in one anthology on Nintendo Switch. SNK 40th ANNIVERSARY COLLECTION is packed full of retro games and a treasure trove of features!

Trailblazers – Â£24.99
Get ready for high-speed thrills with an explosion of colour in Trailblazers, the first-ever second-to-second co-operative arcade racer. Paint the track as you go to dynamically change the racing line, boost on your team’s colour and outwit the opposition in a sprint for the finish. The more you paint, the faster you can go!

Mimpi Dreams – Â£8.99
Mimpi is a lazy doggy who becomes the â€œSuperdogâ€ in his dreams. Help him to save his friends by manipulating the environment of 7 original illustrated worlds in this charming mix of adventure, puzzle, and platformer.

Cabela’s: The Hunt – Championship Edition – Â£44.99
Cabelaâ€™s: The Hunt is the most exciting hunting game to the Nintendo Switch. You will experience the thrill of the hunt while you stalk and kill your prey in some of North America’s most famous hunting spots. With local multiplayer, arcade mini-games and season hunt modes, Cabelaâ€™s: The Hunt is fun for gamers and hunters alike.

Bibi & Tina â€“ Adventures with Horses – Â£26.99
Ride as Bibi or Tina over hill and dale through the glorious countryside around Martinshof. Persistent training with your horse will constantly improve your riding skills. Face numerous challenges and demonstrate your strong nerves and sporting prowess in the decisive race in the maize maze!

Windstorm – Â£34.99
Based on the successful WINDSTORM (OSTWIND) movie franchise and bestselling books, you slip into the role of Mika and submerge into the fascinating world of the horse whisperer and her black stallion Windstorm. Discover the endless freedom of riding, sitting on the back of Windstorm.

Super Hydorah – Â£17.89
Super Hydorah is a side scroller non-linear SHMUP which gives the player a challenging experience with the best from the greatest classics of the genre: straightforward action, old school visuals and a wide array of content with unique space settings.

Arcade Archives Atomic Robo-Kid – Â£6.29
The player will control an atomic Robo-Kid sized robot and proceed into the underground dungeon to fight with enemies using several types of weapons.

ACA NEOGEO STAKES WINNER 2 – Â£6.29
Choose your favorite of 12 horses and grasp victory in heated races! Control your horse like never before! Be wary, as jockeys who break the rules may be punished!! Make use of the controls, items and training systems to completely dominate the GI Races.

Circle of Sumo – Â£8.99
COS is simple and compelling at the same time, with a lot of different challenges. It’s pure fun!

M.A.C.E. Space Shooter – Â£4.49
The player navigates a spaceship across three different worlds with 6 vertical scrolling levels and various enemies, trying to destroy or avoid them.

Destruction – Â£8.09
Elite organized special forces have been gathered from all over the world to stand up, stop the terrorists and protect order!

Desktop Soccer – Â£5.42
The desk is your field! Lace up your shoes for a simple yet challenging soccer game!

Mahjong – Â£8.99
Find all the matching pairs of tiles, being careful not to become blocked in, to get to the end of each level. Concentration and perceptiveness are needed to finish the gorgeous boards that we have produced for you.

Mars: Chaos Menace – Â£8.99
We are in the Terraforming age after saving our homeworld, Earth, which was collapsed by radioactive contamination and the depletion of resources.

Now, humans are successfully colonizing nearby planets, using technology to adapt these inhospitable and hostile places. For the first time in our existence we feel in harmony with everything.

Mother Russia Bleeds – Â£13.49
Mother Russia Bleeds is an ultra-violent co-op brawler overflowing with an unmistakable style and unforgettably brutal action for up to four players at once. Set in an alternate U.S.S.R, the story centers on a desperate crew of imprisoned street fighters that must overcome an oppressive criminal authority through any means necessary. Battle solo or alongside friends in an exceptional story mode campaign or harden your resolve in the savage Survival Mode.

Soap Dodgem – Â£6.19
In Soap Dodgem your goal is to help your happy soap friends get back to their soap holders and clean as many mould creatures on the way as you can.

SOLITAIRE BATTLE ROYAL – Â£7.69
Equipped with battle mode!
In this two-player battle mode, compete for clear speed!
Of course, you can play it carefully by yourself. Beginners can enjoy it too!

Swamp Defense 2 – Â£2.69
Swamp Defense 2 is a classic tower defense game with unique weapons and monsters as enemies for any beginner or defensive specialists.

Teddy the Wanderer: Kayaking – Â£8.99
Join two friends in a beautiful journey among nature! Teddy The Wanderer and his friend Piglet take an advantage of the spring weather and go on a kayaking trip!

Tinboy – Â£1.79
A brilliant scientist creates a humanoid little robot. She then tests her creation by placing it in different environments. Using a special bow, the robot must reach the exit of every environment. Take control of the robot and solve the scientistâ€™s puzzles. 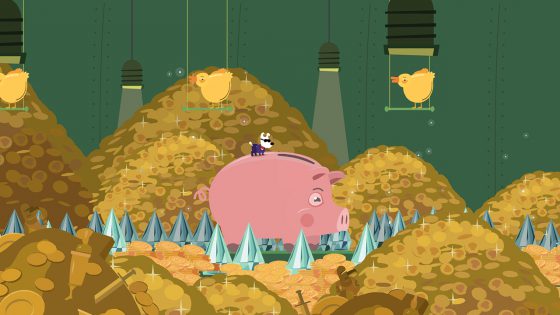 Insect Planet TD – Â£2.69
The distant space expedition to the Earth-like planet, finally ended. We came here for the purpose of colonization, but we are faced with alien creatures. We have no choice we must conquer this planet.