Keep Talking and Nobody Explodes (Â£13.49) is a Switch conversion more belated than most, making its debut as a PSVR launch title in 2016. On Nintendoâ€™s platform, however, it reaches its full potential â€“ itâ€™s a party game like none other, tasking one player with defusing a bomb while others call out information from a bomb disposal manual. The twist? Your teammates canâ€™t see the bomb, so itâ€™s a case of using good old communication skills.

The first review in is a respectable 9/10 from Nintendo World Report. â€œThe constant participation along with the ease of pick-and-play make Keep Talking and Nobody Explodes a terrific game to bring to a party,â€ they said. 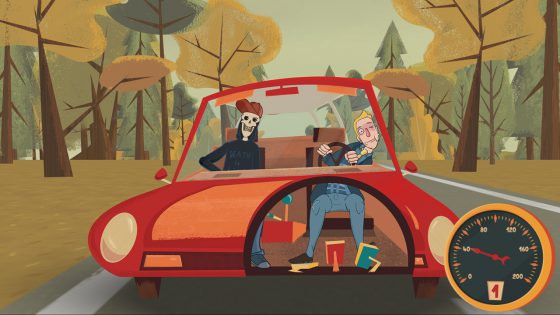 Curve Digitalâ€™s Manual Samuel is somewhat newer. Itâ€™s an adventure game with a sprinkling of innovation â€“ rich kid Samuel strikes a deal with the devil, resulting in having to do everything manually for a day. This Switch conversion throws two-player co-op into the mix. â€œThe joke risks wearing thin, but Samâ€™s adventure is brief and self-aware enough to hold your interest,â€ was Nintendo Lifeâ€™s verdict.

Then we have Cosmic Star Heroine (Â£9.89), a 2D RPG from the creators of Cthulhu Saves the World, recalling 16-bit classics such as Phantasy Star. Itâ€™s another than suits the Switch perfectly, with God is a Geek going as far to call it the definitive version. They awarded it a stonkingly high 9.5. 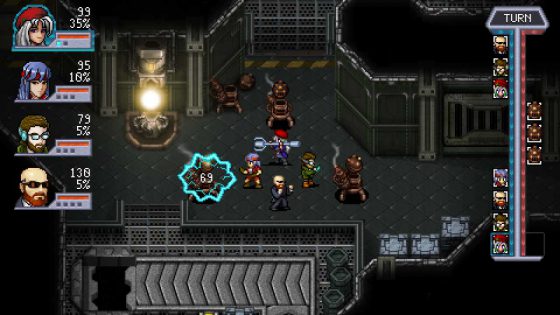 As for new â€œnewâ€ stuff, thereâ€™s the futuristic thriller State of Mind (Â£35.99). Sadly, it doesnâ€™t seem to be quite deserving of that high price point â€“ reviews are mostly clocking in at 6/10. Pocket Gamer â€“ who awarded it a lukewarm 5/10 â€“ complained of â€œconfusing story, simple puzzles, poor controls.â€

Other bits and pieces of note include Zen Studioâ€™s CastleStorm, the low-poly FPS Polygod, and Tiny Hands Adventure â€“ a 3D platformer starring a bright blue dinosaur. While that last one has potential, looking similar to Crash Bandicoot, itâ€™s apparently marred by a lack of polish. 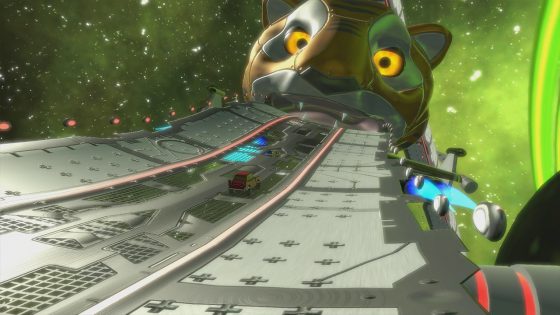 Time to round-up the remaining releases, including a bumper crop of pre-orders and demos.

Vegas Party – Â£22.49
The game takes the player into the gambling-friendly universe of this over-the-top version of Las Vegas city. Played as a race, the goal is to reach the end of the Strip before anyone else. Manage your token account in 10 gambling minigames, avoid the dangers like twisters and earthquakes, take advantage of your gaming skills and your good luck, trust no one and forget the meaning of the word “mercy” because it does not apply here!

2064: Read Only Memories INTEGRAL – Â£15.79
2064: Read Only Memories INTEGRAL fuses old and new: a classic-style adventure game with lush pixel art and catchy electronic soundtrack, but which explores modern-day issues of individuality, freedom, and identity. Explore a colorful future metropolis, meet fascinating and diverse characters, and get to the bottom of a deadly conspiracy.

ACA NEOGEO REAL BOUT FATAL FURY 2 – Â£6.29
â€œREAL BOUT FATAL FURY 2â€ is a fighting game released by SNK in 1998. It is the 7th title in the Fatal Fury series. New elements have been added on top of refining the previous systems. This entry adds Rick Strowd and Li Xiangfei as playable characters, and Geese Howard makes his return as well!

FLIP OVER FROG – Â£6.29
4 x 4 square encampment battle! Flip over cards, get the largest number of your symbol cards face up, and then keep your area!

FunBox Party – Â£1.79
Fun Box party is a perfect party package, because having fun together is the best kind of fun. Three arcade games that are perfect for making any party the best one ever!

Next Up Hero – Â£17.99
Next Up Hero is a dungeon crawler featuring hand-drawn heroes that hack, slash, bongo-drum, boomerang, and jet their way through Ventures. Choose your Hero and start rolling dungeons, gearing out, and maxing your stats. Invite a friend for co-op — youâ€™re going to need all the help you can get.

Red’s Kingdom – Â£8.99
Mad King Mac has always caused trouble for his subjects, but stealing Red’s winter stash of acorns, his prized golden nut AND kidnapping his father? That’s going too far! Help lead Red on a journey across the land in search of his missing nuts, overcoming obstacles and unlocking abilities in this charmingly epic isometric puzzle adventure!

Space Ribbon – Â£12.99
The year is 2132 and the earthâ€™s remaining resources have been mined to create Space Ribbon, a reality TV racing platform set in the far reaches of the galaxy. Giant pandas and tigers spew illuminated ribbons of solid space junk from their mouths (space ribbons).

Robbotto – Â£8.99
A gigantic space cruiser was slowly gliding through the vastness of cosmos, when suddenly disaster struck! The ship flew straight through a magnetic storm, causing all the robots and machines onboard to go crazy. Luckily, Robb and Otto, the ship’s top maintenance robots were putting out a fire in the ship’s shield generator room, and didn’t get affected by the storm. Now the two unlikely heroes must travel through the ship and disable all the malfunctioning machines.

Detective Gallo – Â£13.49
Detective Gallo is a point&click comic-noir adventure that is entirely hand-illustrated and hand-animated, and whose protagonist is a feathered and grumpy private eye struggling with a very tricky case, bizarre characters, and puzzles that will put his insight and patience to the test.

Persian Nights: Sands of Wonders – Â£12.14
A young and talented apothecary Tara decides to find the cause of the plague in her country and prevent it from spreading further. A quest full of puzzles and challenges awaits, one that will lead her to the far reaches of kingdom and even beyond it. Tara will be assisted by a mysterious acrobat and swordsman Darius, as well as goofy but kind-hearted geenie Minu. Join the quest and lead Tara to victory.

Tiny Hands Adventure – Â£13.99
Join a young t-rex Borti on his quest to find the best replacement for his tiny hands and arms. Explore several unknown worlds, find all the collectables and face bosses that have what you want.

Treadnauts – Â£8.99
Treadnauts gives competitive platform fighters a kiss of physics finesse. Gracefully pilot your tank through gorgeous arenas to land a deadly shot on your opponents! You’ve got a slew of useful tricks at your disposal, including treads that stick to any wall, boosters for midair hops, zero-friction slides, and rocket jumps for soaring into the sky. It’s all about moving with style!