Weâ€™d like to think Nintendo always has a Virtual Console release on the back burner, ready to fill the void during quiet spells. Sadly, this week’s feeble eShop line-up proves this is but a pipedream â€“ just one new indie game heads to the 3DS eShop, and thereâ€™s nothing new for Wii U. Not a sausage. 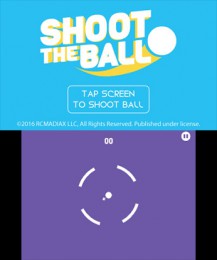 3DS owners can purchase RCMADIAXâ€™s SHOOT THE BALL for a mere Â£1.39 from Thursday. For those not aware, RCMADIAXâ€™s titles are low budget arcade-like affairs which are rather obviously turned around quickly. Most have been passable enough, though.

This one entails blasting balls of different sizes into space via the touch screen, in an attempt to beat previous high scores.

An assortment of discounts presents this from being the shortest, and most disheartening, eShop line-up weâ€™ve penned in a while. Itâ€™s gamingâ€™s biggest month of the year, for pityâ€™s sake. 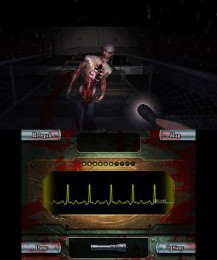 Then on 3DS Dementium Remastered drops to Â£6.74 until 17th November.

Dementium Remastered received incredibly mixed reviews on release. Everything from a 1/10 from Destructoid to 8/10 from Nintendo Enthusiast. “They could have called this Dementium: Spooky Hallways or Dementia: Have I Been Here Before? and they wouldn’t have been wrong” said Dtoid.