Although a handful of new releases graced store shelves last week – WRC 5 eSports Edition, Trillion: God of Destruction, Nights of Azure and Adamâ€™s Venture Origins – not a single one managed to break the UK top 40. 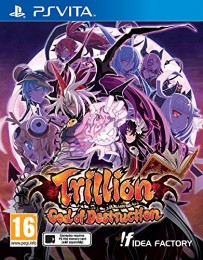 Trillion: God of Destruction did however top the PS Vita chart, despite mixed reviews.

As such, the top 40 has merely seen a slight shuffle.

Tom Clancyâ€™s The Division remains number one for a fourth week running – Chart-Track claims that itâ€™s Ubisoftâ€™s longest ever unbroken run, which doesnâ€™t sound quite right but weâ€™re inclined to believe them.

EA Sports UFC 2 drop from #2 to #6, Star Wars Battlefront stays at #7, Rainbow Six: Siege moves up two places to #8 while LEGO Marvelâ€™s Avengers and PvZ: Garden Warfare 2 drop a place each to fill positions #9 and #10 respectively.

After arriving at #13 last week, Hyrule Warriors: Legends falls all the way to #39. Pokken Tournament is still knocking about too, currently at #20.

Fellow newcomer Trackmania Turbo meanwhile is now at #24 after making its mark at #21. Take the trial a test drive – you may end up being pleasantly surprised.