We wasnâ€™t sure if Nintendo would get round to releasing an eShop schedule this week, but here we are.

Weâ€™ve already had the biggest eShop release of the week – Nintendo slipped EarthBound Beginnings onto the eShop earlier today, following yesterdayâ€™s surprise announcement. Itâ€™s the first game in the much loved Mother series, translated into English for the first time ever.

In the spirit of E3, hereâ€™s the launch trailer: 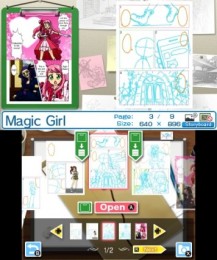 Nintendo Life reviewed The Lost Valley back in March and wasnâ€™t very impressed with the supposed franchise reboot. â€œMost of the new features, while good on paper, are implemented poorly and add to the detriment of what could have been such a great gameâ€ they claimed.

On a more positive note, the same outlet reports that Xeodrifter is well worth investigating. â€œIt’s not an adventure for the faint of heart, but there’s no reason that Xeodrifter should be overlooked by platforming fans â€“ especially those missing a little Samus Aran in their livesâ€ they said.

As for discounts, it appears that Joindots and Gamelion are temporarily cutting prices on their back catalogues for the umpteenth time. As such, we wonâ€™t go into these price cuts in full detail. Or indeed any detail at all.

This week isnâ€™t a write-off for digital bargain hunters though – Atlus’ Citizens of Earth falls to Â£6.29 on Wii U and 3DS while Another World – 20th Anniversary Edition drops to Â£2.87. Weâ€™re also going to give Gravity Badgers a shout out as itâ€™s a mere Â£2.49 until 16th July. And the name amuses us.