Gamers often say that Nintendo recycles their properties too often, yet when presented with something different and new the reception isn’t always a warm one. Case point – Code Name: S.T.E.A.M.

Intelligent Systems could have easily knocked up a new Advance Wars, but instead chose to craft an original experience – a steampunk era strategy game starring Abraham Lincoln. As soon as being announced gamers proclaimed that the comic book-style art direction was ugly, and since then levels of anticipation have only worsened with each and every new trailer. 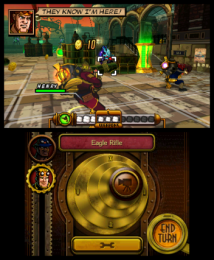 The turn-based adventure hits the 3DS eShop this Friday, in addition to making a retail appearance. The digital version is set to cost Â£34.99, while the physical release is nearer the Â£30 mark from online retailers. The eShop release does include a free theme, but still, you’d be better off heading down to your local supermaket or buying it from Amazon.

American gamers received Code Name: S.T.E.A.M. a couple of months ago and as such reviews are bountiful. Unfortunately for anybody still in two minds, they were pretty mixed – US Gamer, GamesRadar and The Telegraph each gave it 4/5 while GameSpotâ€™s 4/10 and Digital Spyâ€™s 2/5 sit at the lower end of the score spectrum.

Polygon meanwhile originally gave it 3.5/10 before increasing their score to 6/10 after the gameâ€™s first update rolled out. This allowed enemy phase animations to be fast-forwarded, improving the overall pace somewhat and making retries of the tougher missions less of a chore.

We suggest giving the demo ago before opening your wallet. This too has received the aforementioned update, handily.

The 3DS also sees the release of SEGA’s 3D Thunder Blade (Â£4.49) this week, complete with Circle Pad Pro/C-Stick support, remixed music and more. As for Virtual Console releases, Capcom are back once again with more Mega Man – Mega Man Zero 4 and Mega Man Battle Network 2 both hit Wii U VC, priced at Â£6.29 each.

After making an appearance on Xbox One last Friday, psychedelic top-down shooter Ultratron makes its way to Wii U. We struggle to find a single review, but donâ€™t let that put you off – Steam user reviews are mostly glowing. Itâ€™s Â£6.50 until 28th May, increasing to Â£7.99 thereafter. 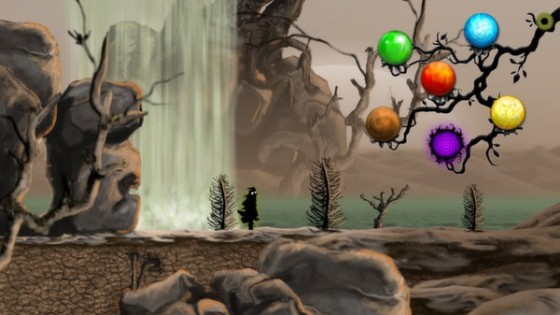 2D platform puzzler Nihilumbra has a similar temporary price cut – Â£5.49 until 28th May, and Â£6.99 thereafter. Again, when it launched on Steam user reviews were very positive. It sounds like it has a lot going for it, including a co-op mode and the natty ability to manipulate environments with paint.

Now seems as good as time as any to stock up on 3DS software for this summer’s holiday.