Last week saw the amount of new releases begin to slow. This week itâ€™s all but a trickle, with just one title heading to retail. The last retail release of the year, no less.

That game is Lara Croft and the Temple of Osiris: Gold Edition, which includes the season pass, a Lara figurine, an art book and a map. Itâ€™s available for between Â£20-Â£25 whereas the standalone game can be downloaded for Â£15.99 on PSN and Â£14.99 on Xbox Live. Making that difference in price slightly easier to swallow, PS Plus members can get it for Â£13.49 for one week only along with some â€˜Hitman DLCâ€™. 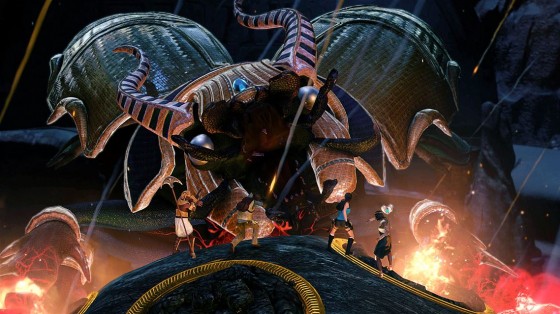 The first review to surface was from good old GamesMaster magazine. They gave it 87%, lavishing praise on both the puzzles and boss battles. Since then weâ€™ve seen an 8.1 from IGN and 7/10s from both Eurogamer and VideoGamer. â€œPlaying alone, discovering the different flavors of each new temple and figuring out the solution to a brain-busting puzzle all by myself is satisfying; replaying with others doubled that satisfaction because developer Crystal Dynamics renews the challenge with creative new twists on previously conquered obstacles that require teamwork to overcomeâ€ said IGN.

Also causing a stir on the download services, and not necessary for the best of reasons, is Destinyâ€™s first piece of significant DLC – The Dark Below.

To quote the Metroâ€™s â€œsort of reviewâ€: “What youâ€™ve got here are three new story missions, one new Strike (two if you have a PlayStation 3 or 4) and one new Raid. And thatâ€™s it, except for three new competitive maps and sundry new weapons, armour, and a gaudily-painted new speeder bike. By the low standards of most DLC itâ€™s not that bad, but then most DLC doesnâ€™t cost Â£20 (or Â£35 if you buy the Expansion Pass that also includes the next one)â€.

If you couldnâ€™t tell by their tone, they wasnâ€™t very impressed. â€œItâ€™s particularly offensive give [sic] the high cost and the fact that Xbox owners are denied the better (relatively speaking) of the two Strikes, and yet are expected to pay the same priceâ€ they continued. 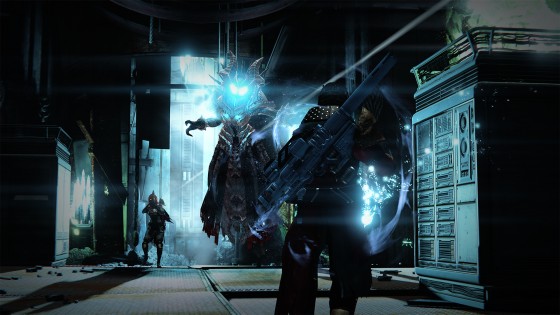 Eurogamer wasnâ€™t exactly sold on it either. â€œIt’s not an overhaul in the style of Blizzard’s ground-shaking expansions, or an introduction of new, exciting systems that can win back those who have turned their backs on the game. It is, instead, a sliver of content gently inserted into the existing world, prolonging that grind in a way that will delight as many as those who will despairâ€.

It would appear that the only other title heading to Xbox One this week is colourful platformer Giana Sisters: Twisted Dreams Directorâ€™s Cut. Itâ€™s out on PS4 too, along with ZX Spectrum influenced shooter Rock Boshers DX: Directorâ€™s Cut (Â£4.49 with PS Vita Cross-Buy support) and Awesomenauts Assemble! (Â£34.99).

The PS3 meanwhile gets family-friendly multiplayer party game Juju (Â£12.99 or Â£10.39 with PS Plus), leaving PS Vita owners to consider adding platformer Flyhunter Origins (Â£5.79) to their download queue. It looks a darn sight more appealing than that PS Vita-exclusive Muppets game from a few months back.

Next week: Another bunch of seemingly random downloads, no doubt.