Itâ€™s a busy week for new releases on both the Wii U and 3DS eShops. There are two sales commencing as well, courtesy of Capcom and Bandai Namco. So letâ€™s crack on, shall we?

Firstly, Zen Studioâ€™s – of Zen Pinball and CastleStorm fame – are bringing the beat back. That’s to say, Kickbeat Special Edition (Â£8.99) launches on Wii U this Thursday alongside the PS4 version. It looks like the Xbox One version isnâ€™t due until a later date. It combines kung-fu and rhythm-action, and is backed by a licensed soundtrack featuring Pendulum, Marilyn Manson, Papa Roach, Rob Zombie and more. 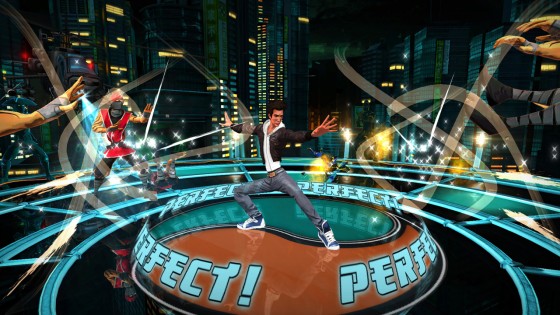 The PS Vita original released almost a year ago and stands with a Metacritic of 67%. With a year between the two, we imagine that this Special Edition will be a marked improvement. Itâ€™s also worth bearing in mind that user reviews on Metacritic were a lot more positive. Now thereâ€™s a thing.

Keeping with the rhythm theme, Mon Premier KaraokÃ© (Â£8.99) is also arriving on Wii U this Thursday. Boasting â€œsome of the most popular childrenâ€™s songs of all timeâ€ it has a whiff of public domain about it.

Then thereâ€™s the cheap as chimps, sorry, chips, Chimpuzzle Pro (Â£1.79). Taking inspiration from the likes of Amiga classic Sleepwalker, the idea is to place Tetris-style blocks in the path of protagonist Beebo so that he can reach his bananas. As the footage below suggests, itâ€™s a modest small scale effort – hence why itâ€™s less than Â£2.

Darts Up wonâ€™t set you back much either – itâ€™s a mere Â£2.29. Improvements over the 3DS version include an online leaderboard and the ability to aim darts using the GamePadâ€™s motion control gubbins. The 3DS original suffered from the absence of a single-player mode. If the press release is to go by, thatâ€™s also the case here. Seems youâ€™ll have to get your friends and family round for this one.

As well as heading to retailers on Friday, Hyrule Warriors will be available on the eShop at launch. Itâ€™s Â£39.99, or Â£36.99 to those who picked up one of the recently reduced Zelda titles. Speaking of which, this weekâ€™s discount is The Legend of Zelda: A Link Between Worlds for Â£30.99. 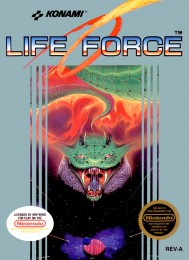 The 3DSâ€™s THEATRHYTHM Final Fantasy Curtain Call will also be available on the eShop come launch, priced at Â£29.99.

Also on 3DS this week: turn-based strategy game Glory of Generals (Â£7.99) and first-person RPG The Keep (Â£8.99). The trailer for the latter suggests that it has much in common with the classic corridor-filled RPG Dungeon Master.

Namco Bandaiâ€™s sale isnâ€™t quite as exciting, focusing on licensed software. Adventure Time: Explore the Dungeon Because I DON’T KNOW! is down to Â£19.99 on both Wii U and 3DS, while underrated RPG PROJECT X ZONE falls from Â£27.99 to Â£19.99. Ben 10 Omniverse 2, Turbo: Super Stunt Squad and the Madagascar 3 & The Croods: Combo Pack likewise fall to Â£19.99.

The press release mentions discounts on ONE PIECE Unlimited World Red, but as the prices arenâ€™t quoted in pounds sterling we get the impression that only our European chums are getting Monkey D. Luffyâ€™s latest adventure at a discount price. The price drop isnâ€™t a vast one anyway (â‚¬39.99 from â‚¬43.99 on Wii U) so donâ€™t feel too put out.