We almost didnâ€™t notice, but it turns out the PS Vita is one year old this weekend. Being the modest little handheld that it is, we thought weâ€™d bake it a cake and surprise it with the birthday bumps!

When the PS Vita was first announced in January 2011 we were reasonably impressed with it, silly name aside. Sonyâ€™s decision to use commodity smartphone components was a wise move, one that theyâ€™ve recently repeated with the x86-based PlayStation 4. The launch games – particularly Uncharted: Golden Abyss – were suitably impressive, and once we got the device in our hands we were really satisfied with the high build quality of the device. Viva la Vita, we thought.

“we wait for a genuinely system selling game”

At the same time, everyone has been a little skeptical about Sonyâ€™s handheld. The original PSP suffered from a slightly generic and malnourished games catalogue, with the Nintendo DS ultimately beating it up and stealing its lunch money. This time around, whilst the Nintendo 3DS poses a threat to the PS Vita, ultimately the biggest threat to both devices (and arguably console gaming in general) has come from iOS and Android smartphones and tablets. Â£35 PS Vita games will always struggle against 69p or even free mobile games. 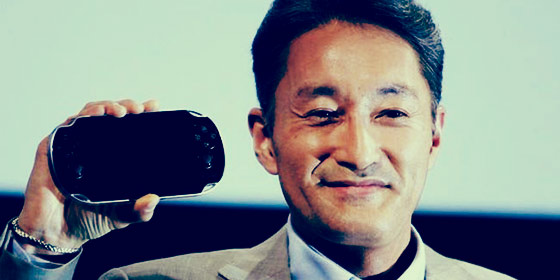 Itâ€™s a bit too early to give a final verdict on the PS Vita, but Sony CEO Kazuo Hirai recently admitted sales were lower than expected, with Sony finally about to drop the PS Vita price, in Japan at least (down from Â¥24,980 to Â¥19,980 for the Wi-Fi model). The PS Vitaâ€™s main problem though, has been a lack of great games. Even in Japan, where the PSP performed quite strongly, the PS Vita is selling at a quarter of the pace of the original PSP (reaching the million sales mark in 42 weeks as opposed to the 10 weeks it took the PSP). Itâ€™s urgently in need of a killer app.

Whilst we wait for a genuinely system selling game to appear on the PS Vita, thatâ€™s not to say there arenâ€™t a few games worth owning. So letâ€™s take a quick look at some of the Vita’s best.

Sackboyâ€™s PS Vita debut is delightful. Whilst very similar to its PlayStation 3 brothers, LittleBigPlanet tries to make use of the PS Vitaâ€™s features, particularly the touchpad, for a bunch of new vehicles and mini-games. Once again Stephen Fryâ€™s dulcet tones make the world seem a better place.

Whilst technically a revamped PlayStation 2 game, the long awaited Persona 4 Golden has been described by some as a masterpiece. One of the best JRPGs around, it mixes traditional RPG gameplay with quirky humour, schoolgirl miniskirts and television serial killers. An essential for any RPG fan really.

Need For Speed: Most Wanted

When releasing a console game on a handheld system, most publishers have a tendency to farm it out to a second tier developer, resulting in a pale imitation of the original. Criterion Games however, are a bit better than the average developer, and developed the PS Vita version of the game alongside the PS3 and Xbox 360 versions, resulting in a PS Vita version that they say is â€œexactly the same gameâ€. Which as it happens, is a very good game.

A tricky one to describe, Gravity Rush is a beautiful cel shaded game with a girl that flies around with a magic cat, manipulating gravity and hitting lots of things. Not entirely unlike Devil May Cry or Bayonetta, but a whole load more original. Created by the men behind the original Silent Hill, and initially developed as a PlayStation 3 title, Gravity Rush is something of a hidden gem, quietly being awesome.

The sequel to one of the best games ever made. At least, thatâ€™s what weâ€™re obliged to say as hardened Sega fanboys. PSO 2 is due to be released this week in Japan, although a western release date is still unconfirmed (though the PC version has been confirmed so hopefully the PS Vita version will follow). While the concept of the online action RPG isnâ€™t as revolutionary as it seemed on the Dreamcast twelve years ago, the prospect of PSO 2 on the PS Vita is still fairly mouth-watering.

Whilst a lack of good games is a real problem for the PS Vita (weâ€™d have difficulty finding enough to compile an impressive top ten), at least thereâ€™s the PlayStation Store to keep gamers entertained. With a fairly decent catalogue of PSP and PSone titles to download (as well as a few indy titles), some people may find that the PS Vita makes a rather good PSP… if you happen to like obscure Japanese role playing games, you might be quite busy.

Thereâ€™s an argument to be had that truly opening up the PlayStation Store in the same manner as the iTunes App Store would lead to a flood of good downloadable games appearing on the PS Vita. Sony has been making it easier for indy developers to release titles on the PS Vita, with the PlayStation Suite SDK and developer program providing a helping hand, but itâ€™s nowhere near as free or open as the iOS or Android stores… thatâ€™s not strictly a bad thing though. As nice as an open app store is, it makes it difficult to release expensive AAA games when the customers have grown used to a 69p price tag – the result, as seen on iOS and Android, is a deluge of nickel and diming freemium games and poor quality control. Whilst it may be impossible for the PS Vita to compete with smartphones in volume, if it satisfies gamers and provides a â€˜properâ€™ gaming experience in handheld-form, weâ€™d consider that a battle won.

When the PS Vita launched, the original PSP was seven years old. So it looks like the PS Vita will have a good few years in it, providing developers continue to support it. At least Sony are making a genuine effort to pair it up with the PlayStation 4, aiming to provide remote play for as many PS4 titles as they can. Combined with Sonyâ€™s Gaikai-inspired video-based game streaming service, the PS Vita may turn out to make a remarkably good device for streaming PS4 titles (or even the entire PlayStation back catalogue).

So hereâ€™s to more good games and hoping the PS Vita has a few good years to come. Viva la vita! Have we said that already?