The PlayStation 3 “super slim” has been one of the internetâ€™s worst kept secrets of recent times. Itâ€™s now official, and itâ€™s just a week away from release.

Sony claims that itâ€™s 25 per cent smaller and 20 per cent lighter than the current model. There’s a sliding disk cover on the top, which appears to be a design choice to save on manufacturing costs. 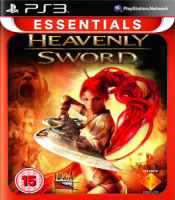 Japanese gamers have a choice of two colours – black and white. Their models are due out 4th October and 22nd November. The white model is only available with 250GB storage if the press release is to go by.

Sony are releasing a purse-pleasing PS3 Essentials range in time for the European launch. These appeared to pre-order online around a week ago – TheHut has most of them for Â£12.95 including God of War III, Uncharted, LittleBigPlanet and, oddly, Ubisoftâ€™s Avatar movie tie-in.