The good news is that the highest new entry in this week’s chart isnâ€™t the new Transformers tie-in but rather F.E.A.R 3 which makes a chart debut at #3. Optimus and the others have to make do with #17. No doubt itâ€™ll be in the top 10 next week once the movie is released. 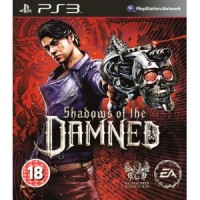 Thereâ€™s still no sign of the Green Lantern: Rise of the Manhunters in the top 40 despite the film now being shown in cinemas. The best the green guy can do is #20 in the Wii chart.