The humble GameGear has gained more than a little attention on these hallowed pages this month. First we covered the fact that Sega are re-releasing their 8-bit hits on the 3DSâ€™s virtual console, and then we chose the uber obscure Kuni-Chanâ€™s Game Paradise for our monthly retro feature. I see no harm in continuing the theme to kick off this monthâ€™s eBay trawl. Itâ€™s not as if the GameGear is a popular topic for discussion, is it?

For collectors of the GameGear there are quite a few games to look out for, many of which were never released outside of Japan. A seller listed more than a few of these elusive titles on eBay this month which created something of a bidding frenzy.

Sublime shoot â€™em up GG Aleste went for Â£82 (31 bids), late release Godzilla for Â£50 (4 bids), scrolling Anime-shooter Fray for Â£78.79 (11 bids) and the little known Panzer Dragoon Mini for Â£33.23 (7 bids). Despite both being pretty terrible, a copy of Tails Sky Patrol sold for Â£30.99 while G Sonic (aka Sonic Blast) blasted Â£62.00 out of somebody’s wallet, after 9 bids. Zool and In the Wake of the Vampire (aka Masters of Darkeness – a nice little Castlevania clone) were both released in Europe but the Japanese versions are quite rare as their ending prices show: Zool went for Â£51.99 (5 bids) while In the Wake of the Vampire ended at Â£30.99 (9 bids). Anything else? How about this copy of Operation Star5ish – the third and final part of the James Pond series – that sold for Â£24.54 (10 bids), and this very dubious boxed bootleg cart which went for Â£93.23. 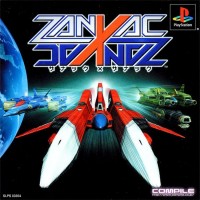 From Sega, over to Sony. Xperia Play phones have been selling for between Â£350 and Â£450. This one even managed to get 31 bids. Perhaps thereâ€™s a bigger demand for them than anybody would believe? Or maybe people just really, really, really want to play Crash Bandicoot while on the move? Another PlayStation-related item shifting for a high amount was this Japanese copy of Zanac X Zanac which sold for Â£149.99 on a Buy It Now auction. An auction containing Suidoken I and II went for Â£150 on Buy It Now too, and just to prove their worth hereâ€™s a copy of Suidoken II which went for Â£102 on its lonesome, attracting 18 bids. The Suidoken games have always fetched a lot of cash, so these high amounts shouldnâ€™t surprise that much. So hereâ€™s something that will: a copy of TinTin: Objective Adventure went ended at Â£68 after 10 bids.

Although Namcoâ€™s lovely RPG Tales of Vesperia is now available to download on the Xbox Live Games on Demand service itâ€™s still selling for astronomically high amounts – this sealed copy sold for Â£90 while this one went for Â£59 with 21 bids. Maybe the bidders have no access to an internet connection whatsoever? That said, it is always nice to have a box and manual to look at. 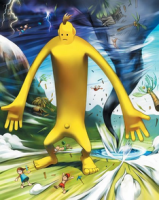 Fans of boxes and boxart will like this Nintendo 64DD package which contained all the games released for it including Doshin the Giant and Sim City 64. It went for an impressive Â£557 after 29 bids. Also of note is this Nintendo 64 development system which fetched Â£170. â€œI had to put the other keywords in like Bung and Doctor as searching on eBay for just CD64 bought up some photos of a “curvy” woman in her underwear as the first result (seriously!),â€ said the seller. Oh really? A sealed copy of Chameleon Twist 2 on N64 also sold for Â£122 after 5 bids.

Not wanting to forget the retro formats that arenâ€™t from Sega or Nintendo, this rare Atari STBook laptop went for an eyebrow-raising Â£989 attracting 18 bidders. The seller says that less than a hundred now exist, although I personally always take things like that with a pinch of salt. I mean, has he actually phoned everybody in the world to ask if they have one? Almost as impressive is this Commodore 64 Game System (C64GS) which went for Â£304.99. Can you believe that Commodore thought they could take on Sega and Nintendo with this? It was rather generous of Commodore to include a cart containing four rather good games with it, though.