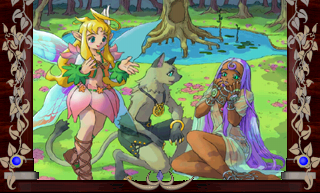 As the humble PlayStation entered its twilight years, Sony made the surprise decision to scrap licensing fees. This allowed publishers to release smaller budget games on the system, commonly found for £9.99. It also likely helped that developers were well versed with the console by this point, with most studios having dozens of games to their name, providing a pool of resources to reuse and exploit.

Some publishers set up new labels to release smaller titles – Gotham Games was a subsidiary of Take-Two, best known for releasing MTV’s Celebrity Deathmatch and Austin Powers Pinball. Midas Interactive, meanwhile, was founded specially to capitalise on the budget market.

Midas made their mark on the PSone with Chris Kamara’s Street Soccer in 2000. In addition to their own games, they also sourced Japanese titles – mostly from the D3 Simple 1500 series – which were then localised, often with text and cut-scenes removed to save on translation costs.

This led to Midas acquiring the publishing rights to Shoeisha’s 1998 release Prism Land Story. Shorted to Prism Land for its 2000 European release, this simple yet pleasing Breakout/Arkanoid style game was the ideal example of the experience a budget range could offer. Had it been priced closer to £25, it would have likely been seen as too simplistic for that era. But for £10 it was a perfectly priced, offering arcade-like thrills.

Even though mouse support and save functionality were mysteriously removed for its western release, I’d even go as far to say that it was one of the best PlayStation games available within the £10 price point.

New York-based budget publisher XS Games seemingly felt the same way. Founded in 2002, their business model was identical to that of Midas Interactive – to source and localise PlayStation games for the US and European markets. It wasn’t long until they too stumbled on Prism Land – which had since seen a second budget release in Japan, rebranded as Action Puzzle: Prism Land.

XS Games took the game’s localisation one step further, settling on the name Sorcerer’s Maze. This was clearly intended to ride on the success of Harry Potter (the first book was known as Harry Potter and the Sorcerer’s Stone in the US) featuring cover art with a character resembling Dumbledore. It was a tenuous connection to the game itself – while magic was a theme, the art style was bright and colourful, with an anime-style cat being a central character. Other changes were also made, including the removal of a ‘good’ ending.

This was the first time the US saw Prism Land. Unexpectedly this revised version made it to Europe too, launching in 2003 – three years after the Midas release. It was, at this point, a five-year-old game.

This means the same game was released twice in Europe, under two different names. This is something that happened a few times in the ‘80s (see the ZX Spectrum’s World Cup Carnival) but was almost completely unheard of by the ‘90s. As well as being seen as somewhat shady – potentially fooling customers into buying something twice never looks good – most publishers have long licensing agreements in place to prevent this from happening. Developers penning deals with multiple publishers is a lawsuit just waiting to happen.

So, what happened here? The first reason to spring to mind is that XS Games simply wasn’t aware Midas had already published Prism Land in Europe. An honest oversight. It was more likely the case that Midas’ publishing agreement had expired, however – three years had passed since Prism Land’s first European release. A three-year agreement seems reasonable for a budget game, and it was perhaps believed that the PlayStation would have sailed into the sunset by this point.

It could also be down to the change of publisher in Japan, voiding any former agreements in place. D Cruise handled the 1998 release, while Hect Co. Ltd was responsible for the 2000 re-release. This seems less likely, though.

If anything, it highlights how much of a ‘wild west’ the PSone’s budget market was. Most games were largely awful and reviewed badly – if they were even covered by the press at all. Both Midas and Phoenix even re-released the same racing game several times over, only with different vehicle types (trucks, motorbikes, stock cars, etc) and slightly altered handling.

Aptly enough, Prism Land was the very definition of a hidden gem. A shining beacon in a sea of mediocrity.