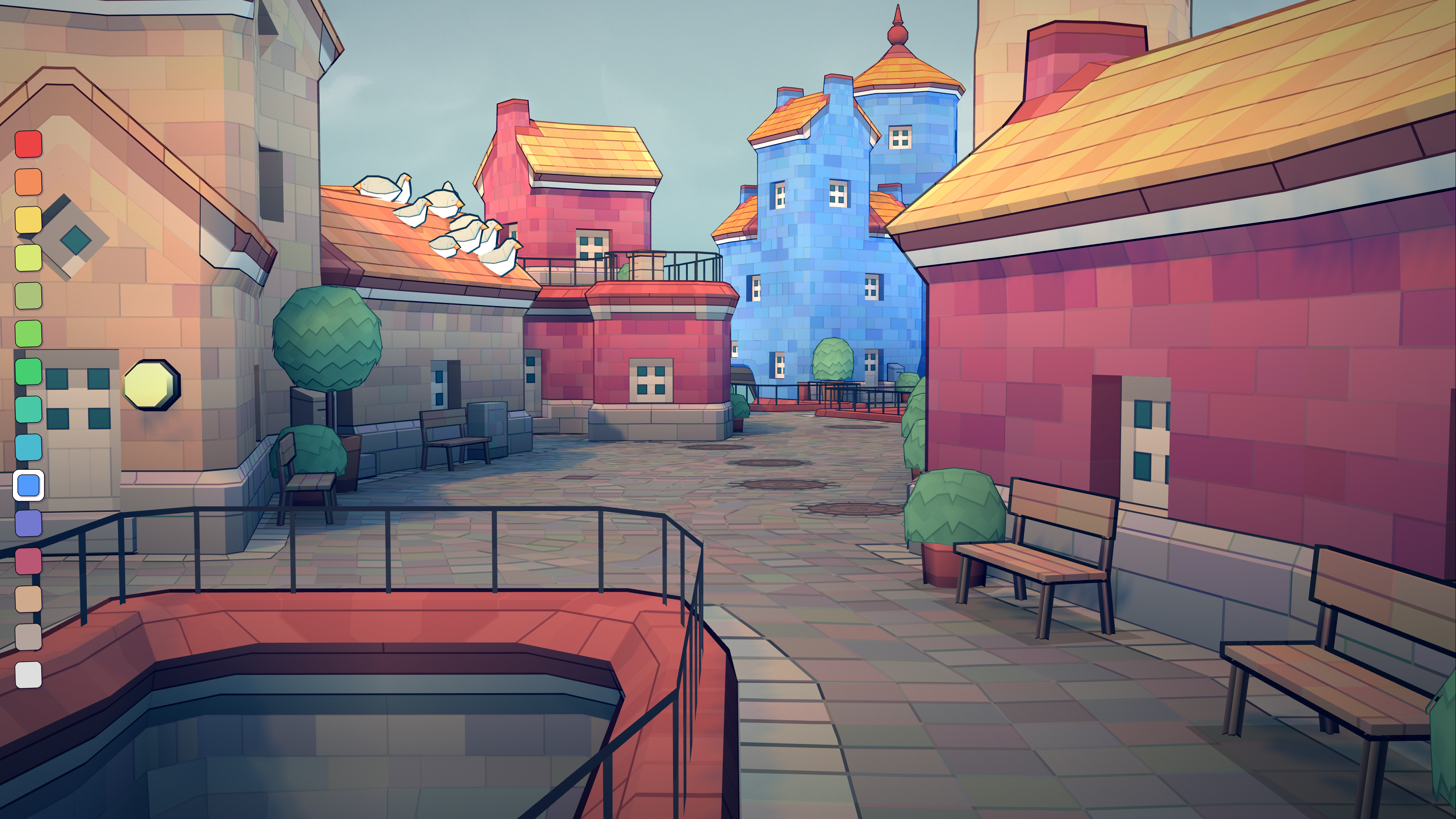 Following on from the recent Unpacking and Exo One, Townscaper is the latest zen-like experience to grace Xbox Game Pass. Not only is it even more relaxed than those two, but it’s also far simpler. Yes, even simpler than Unpacking – a game centred around unpacking boxes, unsurprisingly enough.

In Townscaper, pressing the A button generates a piece of land. Press it again, and a building will appear. Once more, and that building gains a second floor. And so on.

It’s less of a game and more of an art tool, giving the chance to create an idyllic town with buildings of all shapes and sizes while cycling through pastel-hued colour schemes. A nautical theme is present – houses are decorated with lifebuoys, anchors, giant fishing hooks, and tiny stairways that lead to the waterline.

Experimentation is rewarded with unique building types. It’s possible to generate gardens with statues, cathedrals, lighthouses, and more – providing you figure out the corresponding block formations. Structures can be partly removed too, creating decorative archways, and adding metal supports to freestanding buildings.

A few extras reside in a toolbox, including the ability to change the time of day, ergo shadows and lighting, all of which assist in capturing a moment of tranquillity.

The tech employed is pretty neat – buildings are not unformed, but rather uniquely chiselled due to an irregular grid shape. It’s hip to be trapezium. Scout the map and you may even find the chance to create a perfect ring of buildings. Much like Minecraft, it’s possible to build without restriction, creating structures that reach into the clouds.

It’s easy to wish for more – the ability to create a row of quaint shops, or freely place fountains and benches. But if these things were implemented, they would impair the game’s simplicity. There’s pleasure and comfort in how simple Townscaper is; to add more would only dilute it. The flocks of pigeons are enough to make a town feel alive.

The price point compliments the package perfectly – a mere £4.19 for those without Xbox Game Pass. This means unlike Unpacking, which launched at almost £17, it’s perfectly priced for something you may only play for a couple of hours initially, and only revisit for five minutes here and there.

And really, that’s the beauty of Townscaper – no matter how much time you have free, it delivers the same relaxed experience. It’s your flexible, stress-busting, friend.

Townscaper is out now on Xbox One/Xbox Series. It’s also available on Switch and PC.