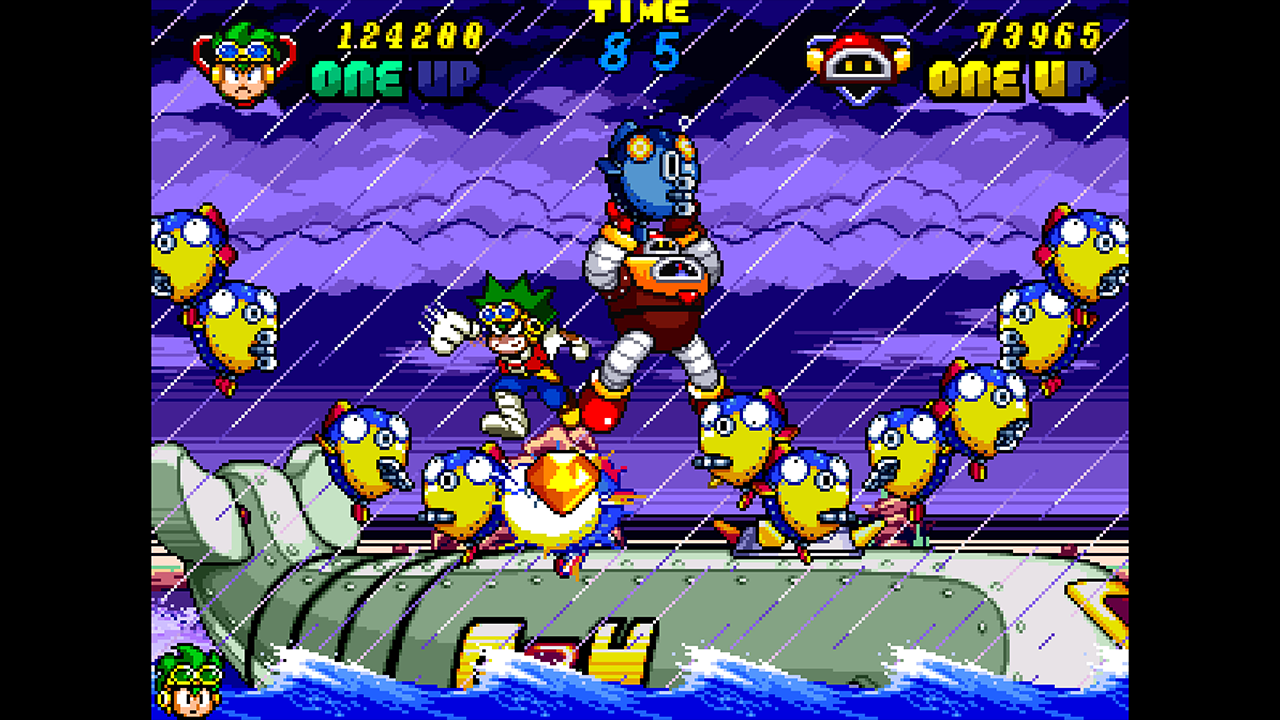 Back in 1992, Wonder Boy creators Westone were forced to shelve Clockwork Aquario, spelling the end of their arcade arm.займ онлайн моментальное решение

Fighting games – of both the one-on-one and side-scrolling variety – were raking in the cash, and so it was believed Westone’s colourful action platformer would be a commercial failure.

This co-op endeavour ran on SEGA’s System 18 arcade board, and all signs suggest it pushed the hardware, featuring large well-animated sprites and three different playable characters.

Many consider it to be a lost gem. It can only be good news, then, to hear that a re-release on PS4 and Switch is imminent via ININ Games.

“In the 90s, when game centers were dominated by fighting games, there was one title which had never been released, even though it was completed after more than two years of development and repeated changes. This title is Clockwork Aquario. Who would have thought that it would be restored and playable again?” said co-founder of Westone Ryuichi Nishizawa.

“I would like to express my heartfelt respect and gratitude to those who have worked so hard to restore it. I don’t think it’s an exaggeration to say that this work is a great piece of 2D art, where the pixel artists of that time put their hearts and souls into. I’d be happy if people would appreciate and enjoy it,” they continued.

It’s due out 30th November in Europe and 14th December in the US.  Sorry, US gamers. After a 27-year delay, an extra two weeks surely won’t hurt.