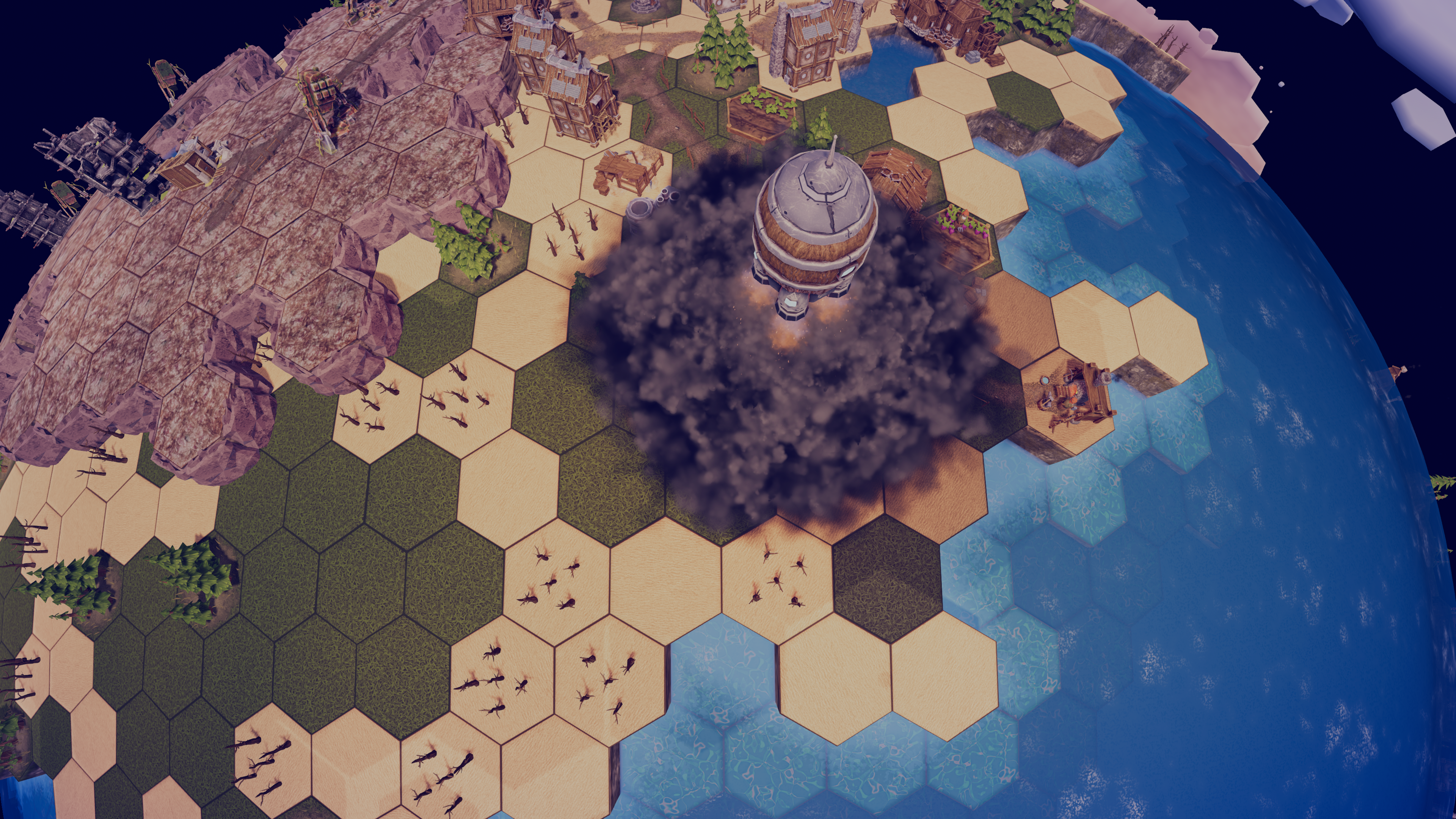 You may not be able to tell by screenshot alone, but this hex-based settlement builder is a post-apocalyptic affair. After spending what seems like forever living underground, the Peeps – as they’re known – make their gallant return to the surface, ready to rebuild. The events of the cataclysm have left remains of the old world behind, including tower blocks and a wrecked spaceship, all of which are not just waiting to be re-used by the settlers, but also serve to inspire their simple minds.займ без проверок

What we have here is a non-violent God Sim, meaning there’s no chance whatsoever of war erupting and spoiling your plans. Danger is still present, however, in the form of celestial beings – including a giant space whale that eats part of the map, and gremlins that steal precious resources.

The lengthy tutorial is remarkably hands-on, teaching how to colonise islands before setting sights on the stars. By the time you finally come face-to-face with a celestial, you’ll have at least a half-a-dozen hours on the clock and will be well-versed with the mechanics.

The Peeps are, for the most part, surprisingly undemanding – they’re simple folk, not used to modern-day luxuries. Not initially, at least. Place a few huts, vegetable patches, and a water well and they’ll merrily set about mining resources and chopping wood. A bigger variety of foodstuffs and places such as markets make them happy; pollution and having to walk long distances sees their happiness levels drop. Incidentally, every Peep has a name – a nice little touch.

The focus is on exploring the planet and colonising new islands, which in turn provides unique resources. The desert, for instance, can produce fruits and turn sand into glass. You’re also going to need to discover oil at some point. These goods must then be transported around the planet using ships, inviting comparison with Port Royale.

Transportation entails tinkering with management screens, toggling which cargo to carry. This screen isn’t particularly intuitive at first, requiring some (low risk) experimentation. Thankfully, this is the only feature requiring your full attention – there are bunches of graphs showing supply/demand, and other stats, that can either be ignored if or micro-managed, depending on how involved you want to get.

Each island also has its own stashes of colour-coded research tokens. These must be transported via the seas too, as there’s a finite amount per island. It’s easy to overlook this at first, as it’s only briefly touched on during the tutorial. Research allows the Peeps to usher in new technology, with one of the first milestones being smoothie makers, of all things. Yes, there is some humour present.

Restoring a spaceship is the first main goal – a task that takes several hours to complete. Once in orbit, it’s then a case of choosing a new planet – which bare alternative colour schemes – and setting up a new colony before harvesting research tokens to unlock new constructions. There’s no ticking clock or pestering prompts – you’re free to progress at your own pace, with the only restrictions being limited building resources and a possible lack of manpower. Even after spending around 10 hours with Before We Leave, I’m still none the wiser as to how the Peeps reproduce.

The word ‘tidy’ best describes Before We Leave’s visuals – each building has a small amount of detail, but not so much that it’s lost the moment the camera zooms out. It’s still clear this was originally a PC game though as the UI isn’t wholly intuitive with a joypad, and the text could be larger – the research menu is tricky to read on a TV screen. The construction menu is at least easy to navigate, and it’s always clear where buildings can be placed. If something awry on an island, you’ll soon be duly informed, but you’re not always told exactly how to resolve certain matters.

Before We Leave’s relaxed approach to settlement building is, ultimately, a double-edged sword. This is one of the lesser demanding examples of the genre, with no threat or danger until the celestial beings arrive some 5-10 hours in. Until that point, if you were to turn your attention elsewhere for fifteen minutes or so, the town will look the same once you returned. Together with a chilled musical score, it’s a curiously peaceful experience – for a while, at least.

But once you reach the stars, and it becomes apparent there’s a solar system of planets to colonise, you’re either going to feel fatigued at the thought of going through the motions again, or gain a sense of renewed purpose. The elongated research tree – with its drip feed of tokens – prevents seeing everything too soon, but ideally, another draw was needed. The prospect of being bullied at different edges of the galaxy and fumbling through ever-evolving long-distance shipping routes doesn’t make for a very compelling endgame, so just be aware, you may have to spur yourself on.

Before We Leave is published by Team17. Out 23rd November on Xbox One and Xbox Series. It previously launched on PC earlier this year.

SCORE
7
Before We Leave